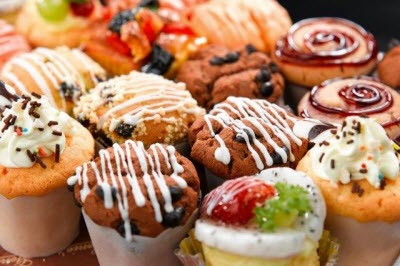 Scientists report a way to boost the production of a low-calorie, ultra-sweet plant protein that could be used in desserts.Photo Credit: John Kasawa/Shutterstock.com High-fructose corn syrup and sugar are on the outs with calorie-wary consumers. As a result, low- and no-calorie alternatives have become popular, and soon, there could be another option that tastes more sugar-like than other substitutes. Scientists report in the American Chemical Society Journal of Agricultural and Food Chemistry a step toward commercial production of a fruit protein called brazzein that is far sweeter than sugar—and has fewer calories.

Brazzein first attracted attention as a potential sugar substitute years ago. Making it in large amounts, however, has been challenging. Purifying it from the West African fruit that produces it naturally would be difficult on a commercial scale, and efforts to engineer microorganisms to make the protein have so far yielded a not-so-sweet version in low quantities. Kwang-Hoon Kong and colleagues are working on a new approach using yeast to churn out brazzein.

Working with Kluyveromyces lactis, the researchers coaxed the yeast to overproduce two proteins that are essential for assembling brazzein. By doing so, the team made 2.6 times more brazzein than they had before with the same organism. A panel of tasters found that the protein produced by this approach was more than 2,000 times sweeter than sugar.

The authors acknowledge funding from the National Research Foundation of Korea and the Chung-Ang University Excellent Student Scholarship.