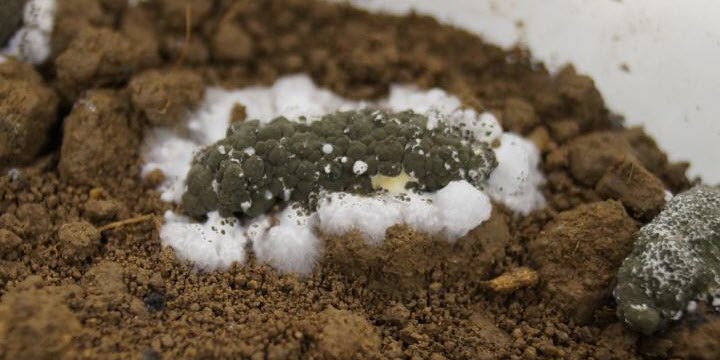 Penn State researchers knew the Metarhizium robertsii fungus was deadly to insects such as caterpillars on the ground (victim shown here), but they became more interested when they learned it was taken up by plant roots. Turns out, the fungus boosts both plant growth and plant defenses against pests.
Nick Sloff

A common soil fungus might be enlisted as a powerful partner by corn producers to suppress pests and promote plant growth, according to Penn State researchers, who suggest promoting the fungus could be an especially valuable strategy for organic growers who struggle with insect control.

These conclusions were reached after a study of fungus-insect-plant interactions in greenhouse- and lab-based settings. Researchers inoculated seeds of corn with spores of Metarhizium robertsii fungus and subsequently evaluated corn plants for fungal colonization of leaves and roots. They also measured plant height, chlorophyll content, above-ground biomass and relative growth rate of black cutworm.

Barbercheck noted that her research group in the College of Agricultural Sciences long has been aware of this fungus and has been "just casually following it" since starting organic production studies in 2003. She knew the fungus was deadly to insects such as caterpillars on the ground but became more interested when other researchers showed it was taken up by plant roots. 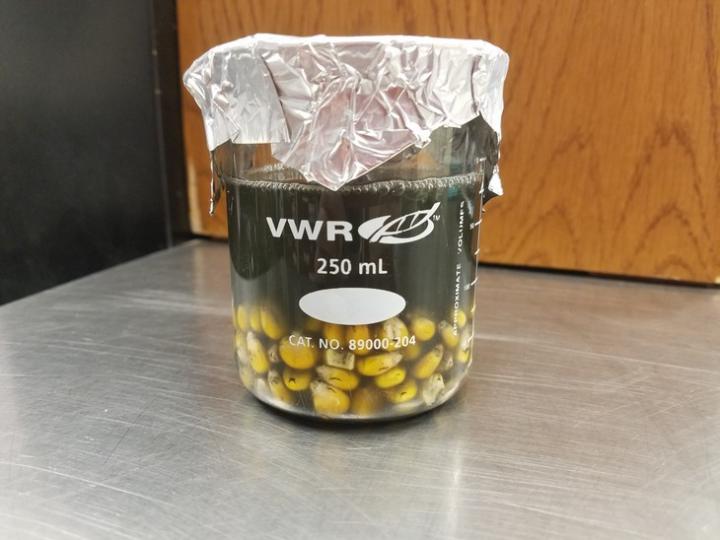 "I wondered if there is a lot of this fungus out there, how it is surviving in the field and what it is doing, so I expanded my work to focus more on it," she said. "I happen to work in organic systems, and so that's where we've been studying it. But that doesn't mean that it is not beneficial in conventional crop systems, too."

Researchers recovered the fungus from 91 percent of corn plants grown from inoculated seeds, and they detected the fungus more frequently in roots compared with leaves. Colonized plants were greater in plant height and above-ground biomass compared to control plants. In feeding bioassays, the relative growth rate of black cutworm was lower on leaves from fungus-colonized plants than control plants.

These findings, recently published in Biological Control, are important, Barbercheck explained, because they show corn growers—especially organic corn growers—that they can benefit from managing their fields to promote the fungus. 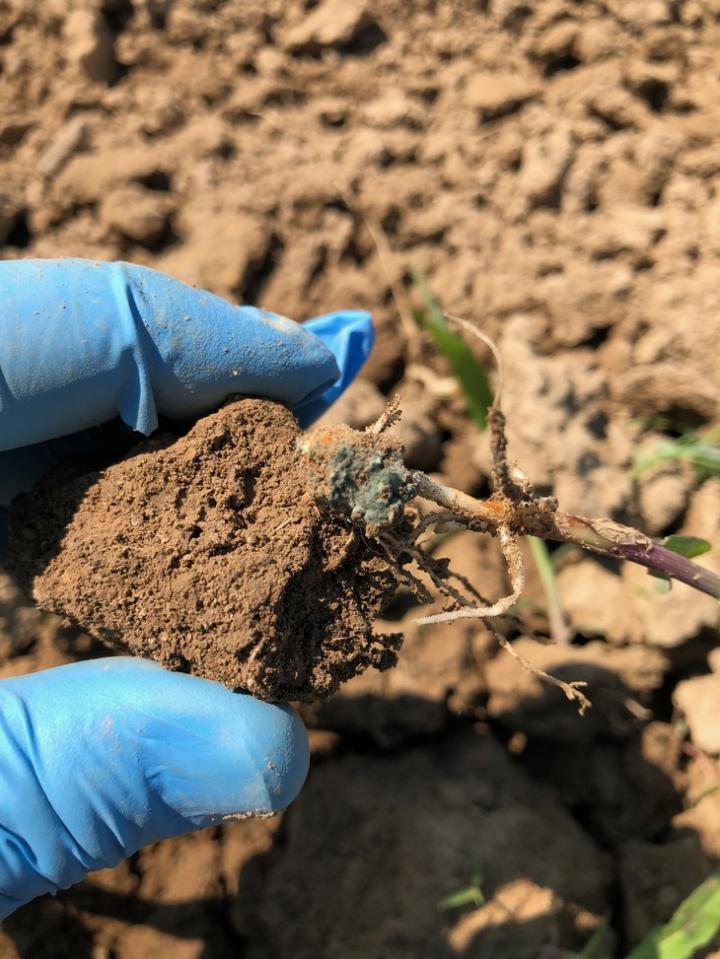 "Because this fungus appears to promote plant growth, to help control pests, and to alter the plant defense response to suppress at least some pest growth, we need to adjust our management practices to support it," she said. "Next, we have to learn how much of the fungus is in plants and what the natural infection level is. And if we make a seed treatment out of it, how effective would it be?"

There is a shortage of organically produced feed grains in the United States, Barbercheck noted. She said that could stem from many producers fearing that transitioning fields to organic is a risky proposition because they don't know how to manage insects without insecticides and how to manage weeds without herbicides. Assistance from the Metarhizium robertsii fungus might help reassure them.

"We need to see what natural processes we can manage to make that transition less risky to help make organic farming more widespread," she said. "On a commercial level, there are opportunities for growers to take advantage of organic markets because there is a big demand that we currently are not meeting with domestic supplies."