Iron fortification of food is a cost-effective method of preventing iron deficiency. But finding iron compounds that are easily absorbed by the intestine without compromising food quality is a major challenge. Now, studies from Chalmers University of Technology, ETH Zurich, and Nestlé show that a brand-new iron compound, containing the iron uptake inhibitor phytate and the iron uptake enhancing corn protein hydrolysate, meets the criteria.

Two billion people in the world suffer from iron deficiency. It is mainly prevalent in women of childbearing age, young children and adolescents. Severe iron deficiency can lead to premature birth, increased risk of illness and mortality for mother and child, as well as impaired development of brain function in children.

The situation is most serious in low-income countries where the diet is mainly plant-based. Cereals and legumes are rich in iron, but the iron is not available for absorption by the body. This is mainly because these foods also contain phytate, which inhibits iron absorption by forming insoluble compounds with iron in the gut.

One cost-effective way to prevent iron deficiency, especially in low-income countries, is to iron-fortify foods such as bouillon or stock. But one problem with this is that iron compounds which are easily absorbed by the gut tend to also be chemically reactive and can therefore affect the color and taste of the food, and also contribute to the food perishing and being destroyed.

Conversely, stable iron compounds, such as ferric pyrophosphate, which is used today for iron fortification of bouillon and stock, are difficult for the intestine to absorb. 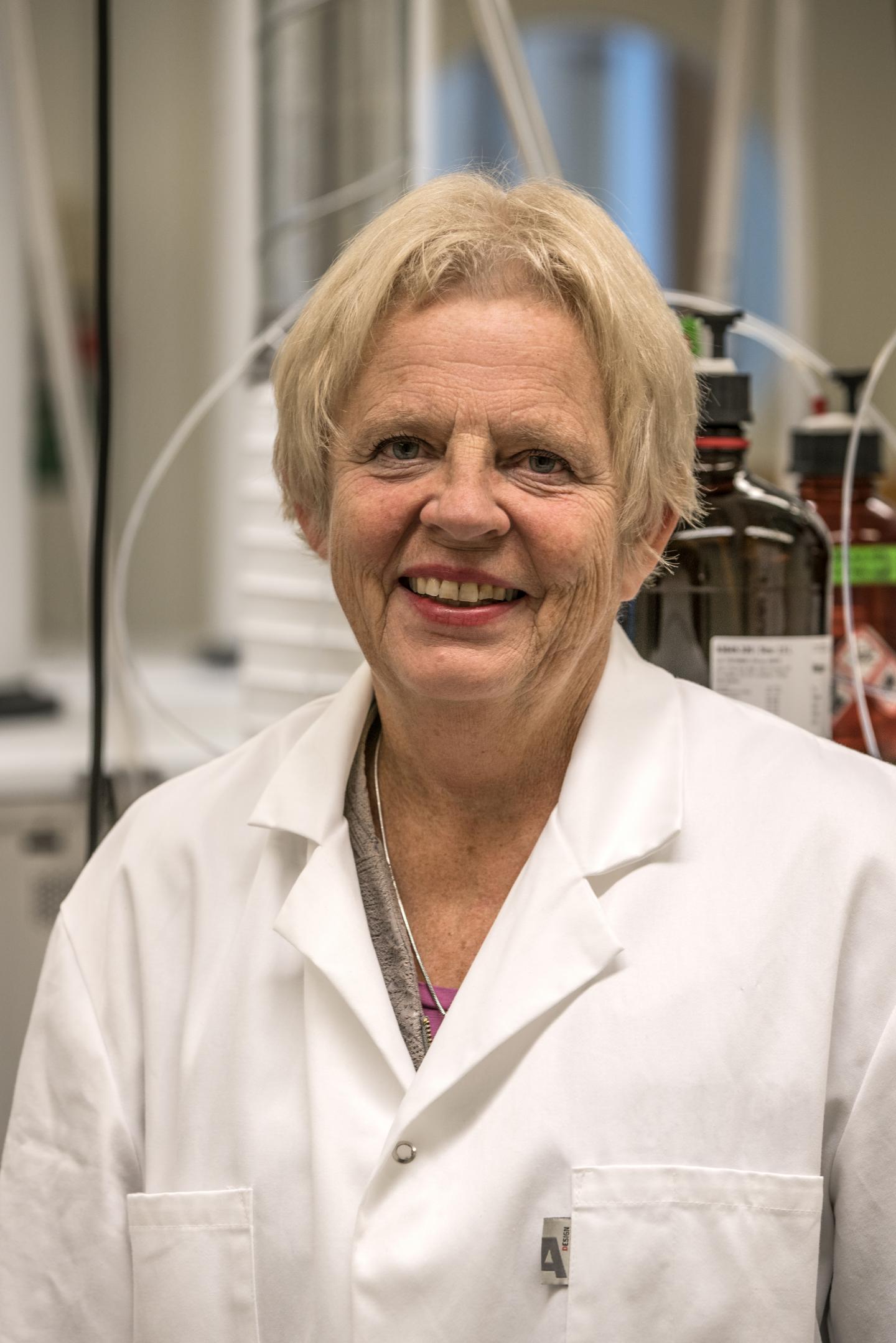 Ann-Sofie Sandberg, professor of food science at Chalmers University of Technology. For 30 years, Sandberg has led research in the areas of phytates and iron bioavailability, through human studies, and animal and intestinal cell models, with the aim of improving possibilities for iron uptake and reducing the risks associated with iron deficiency.
Johan Bodell, Chalmers University of Technology

"The major challenge lies in finding a compound that can solve this balancing act. Nestlé and Chalmers began discussing this a few years ago, which led to Nestlé Research producing a new compound containing monoferric phytate (Fe-PA)," says Ann-Sofie Sandberg, professor of food science at Chalmers University of Technology.

To make the compound easier for the intestine to absorb, it is bound to amino acids. Previous studies have shown how this helps make iron compounds more absorbable.

"Nestlé Research tested the compound's stability and effect on taste, color and odor. Then we at Chalmers examined the iron uptake in human intestinal cells exposed to the bouillon fortified with different variants of the Fe-PA compound," says Sandberg.

The result turned out to be very positive. In addition to exposing the intestinal cells to the bouillon where the iron compound is bound to different amino acids, researchers from Nestlé also prepared variants where the amino acids were replaced by hydrolyzed protein of corn and soy. The advantage of these proteins is that they cost less to produce. In addition, corn protein is not associated with allergies, so it particularly suitable for use in food. 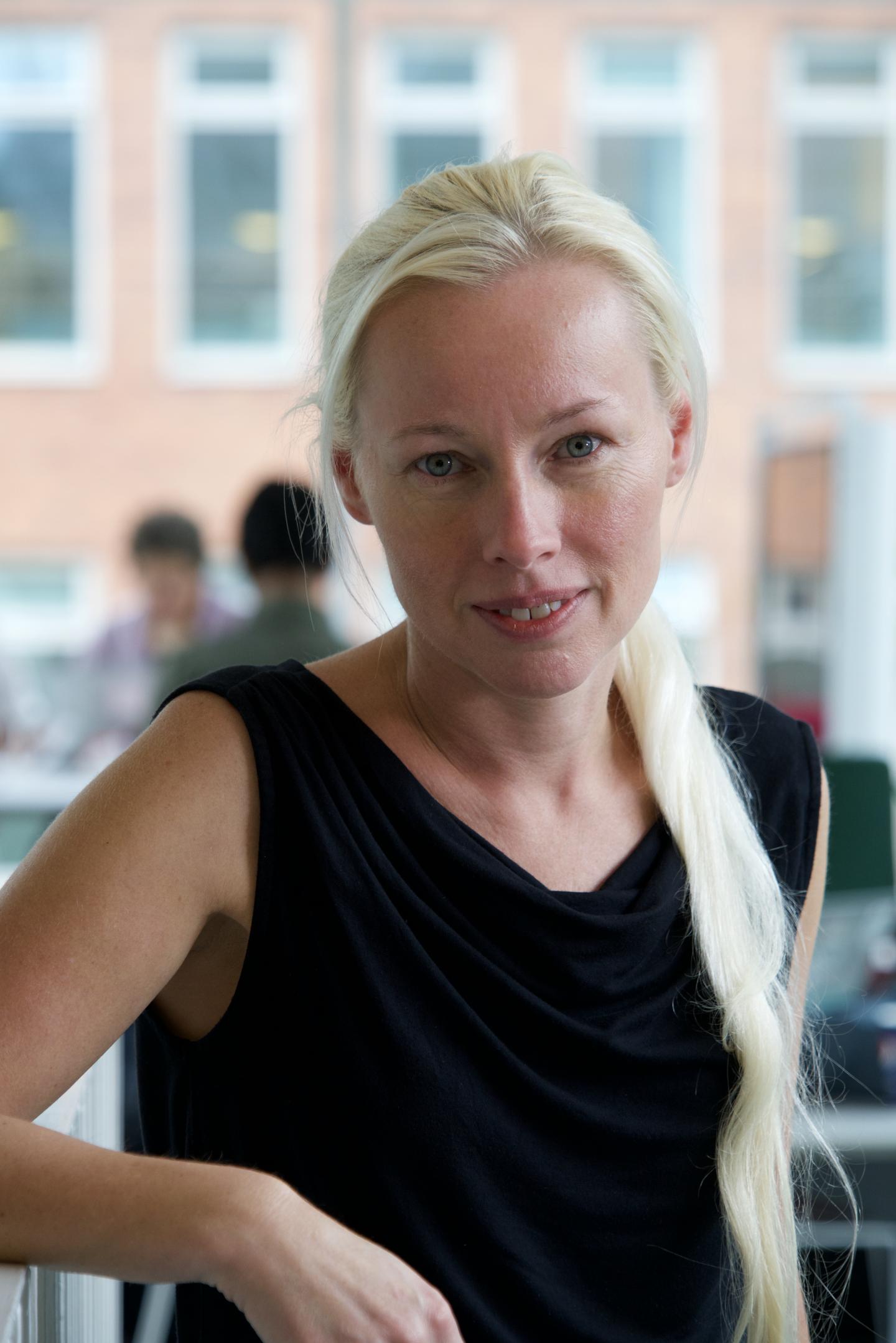 Nathalie Scheers, associate professor of molecular metal nutrition, who has led the development of the co-culture cell model for studying iron uptake and regulation. Nathalie Scheers' research area is molecular nutrition, with a focus on cellular mechanisms involved in, or caused by, the uptake of nutrients into intestinal cells. The mechanisms for uptake of metals such as iron is also an important part of her research.
Johan Bodell, Chalmers University of Technology

"When we compared the rate of iron uptake with the new compound against that of ferrous sulfate, we could see that the intestinal cells exposed to all the different varieties of fortified bouillon had a good iron uptake. Ferrous sulfate is very readily absorbed, but is unsuitable in food because of its high reactivity," says Nathalie Scheers, associate professor of molecular metal nutrition, who has led the development of the cell model for studying iron uptake.

In the parallel published human study from the Nestlé Research Center in Lausanne and ETH in Zurich, it has been shown that the iron absorption from the fortified bouillon with the hydrolyzed corn protein compound was twice the rate compared to ferric pyrophosphate, which is often used today for iron fortification of foods outside Europe. When the new compound was tested in foods containing iron absorption inhibitors, such as corn porridge, the absorption was five times as high compared to ferric pyrophosphate.

The hope is that the new iron compound could be used in bouillon and stock cubes in low-income countries to reduce the incidence of iron deficiency—and thereby the rate of disease and mortality, especially in women and children.

"Unless side effects which we have not yet foreseen arise, we are hopeful that food fortified with this new ferric phytate compound could be of great interest in helping to reduce human suffering worldwide. But further research is needed here," says Sandberg.

More about the research:

The iron uptake was measured indirectly with the marker ferritin and was compared to the uptake of ferrous sulfate.

- This press release was originally published on the Chalmers University website