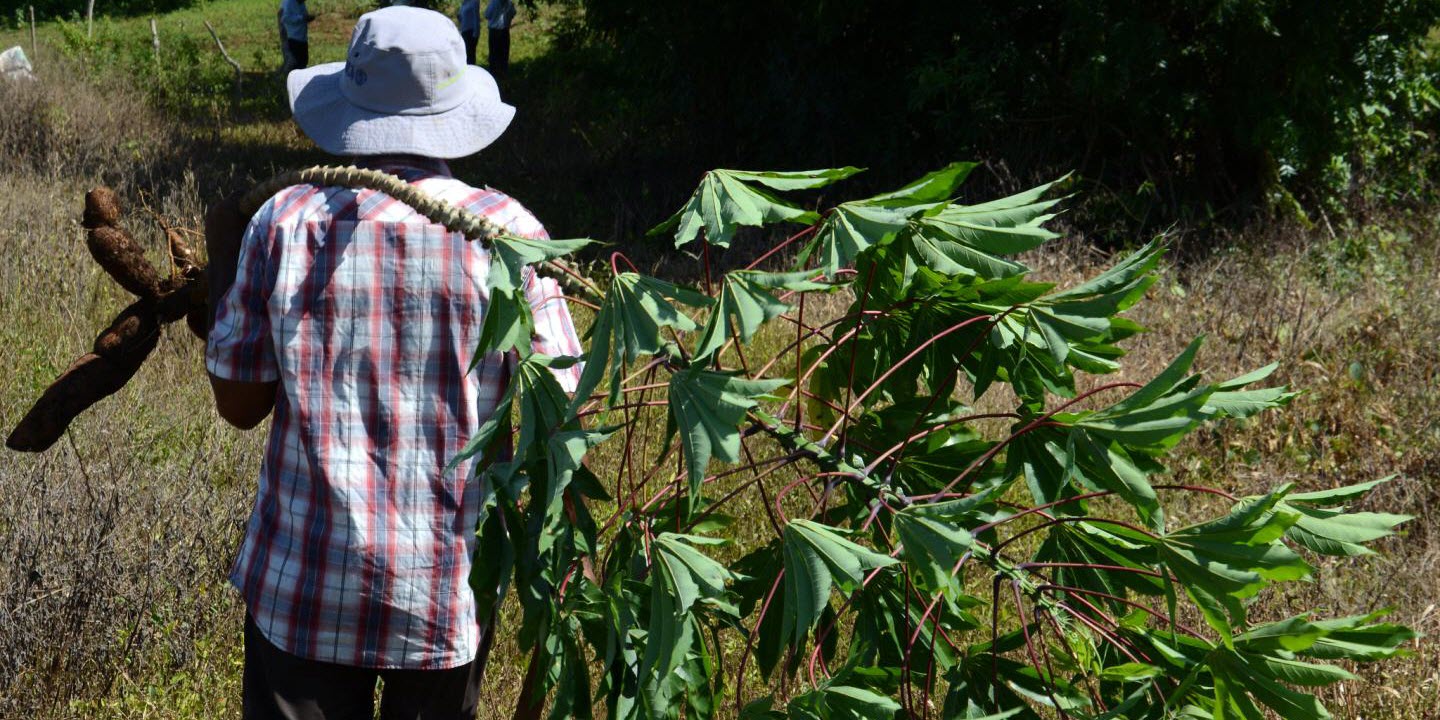 In an article published in Conservation Science and Practice, scientists highlight an overlooked but science-backed and nature-based solution to help countries tackle key environmental and sustainable development concerns. The low-cost root crop cassava, nicknamed "Rambo root" for its rugged appearance and resilient attributes, produces the highest amount of calories per hectare in most tropical countries, can withstand increasing temperatures, and thrives in poor soils.

Worldwide, land degradation occurs over a quarter of the earth's ice-free land area. Consequences include infertile land where food and other crops cannot grow; biodiversity loss; increased pollution and clogged waterways; flooding and species decline. Roughly 40 percent of Colombia is affected by degradation, especially in conflict areas, but the research has implications for other tropical countries with a similar context, say authors.

"Cassava has garnered a reputation for depleting nutrients in the soil," said Eliza J. Villarino, a researcher at the Alliance of Bioversity International and the International Center for Tropical Agriculture (CIAT). "Evidence suggests it could potentially revive degraded land and make it productive anew, generating numerous positive socioeconomic and environmental impacts with proper crop management."

Relatively easy to grow, cassava would be ideal for farmers to grow on abandoned agricultural or pasture land; allowing other crops such as cacao or coffee to be established afterward—especially in Colombia's conflict areas—as an alternative to illicit coca farming, say authors. Land planted with cassava could help revive soils for farmers to cultivate other income-generating crops like soybean, corn, or legumes.

"Cassava has potential to restore degraded land, which in turn could lower greenhouse gas emissions, alleviate hunger, and reduce poverty," said Villarino. "The solution could generate livelihoods and market opportunities, and even promote peace because countries with significant degraded areas are also those that are mired in or emerging from conflict." 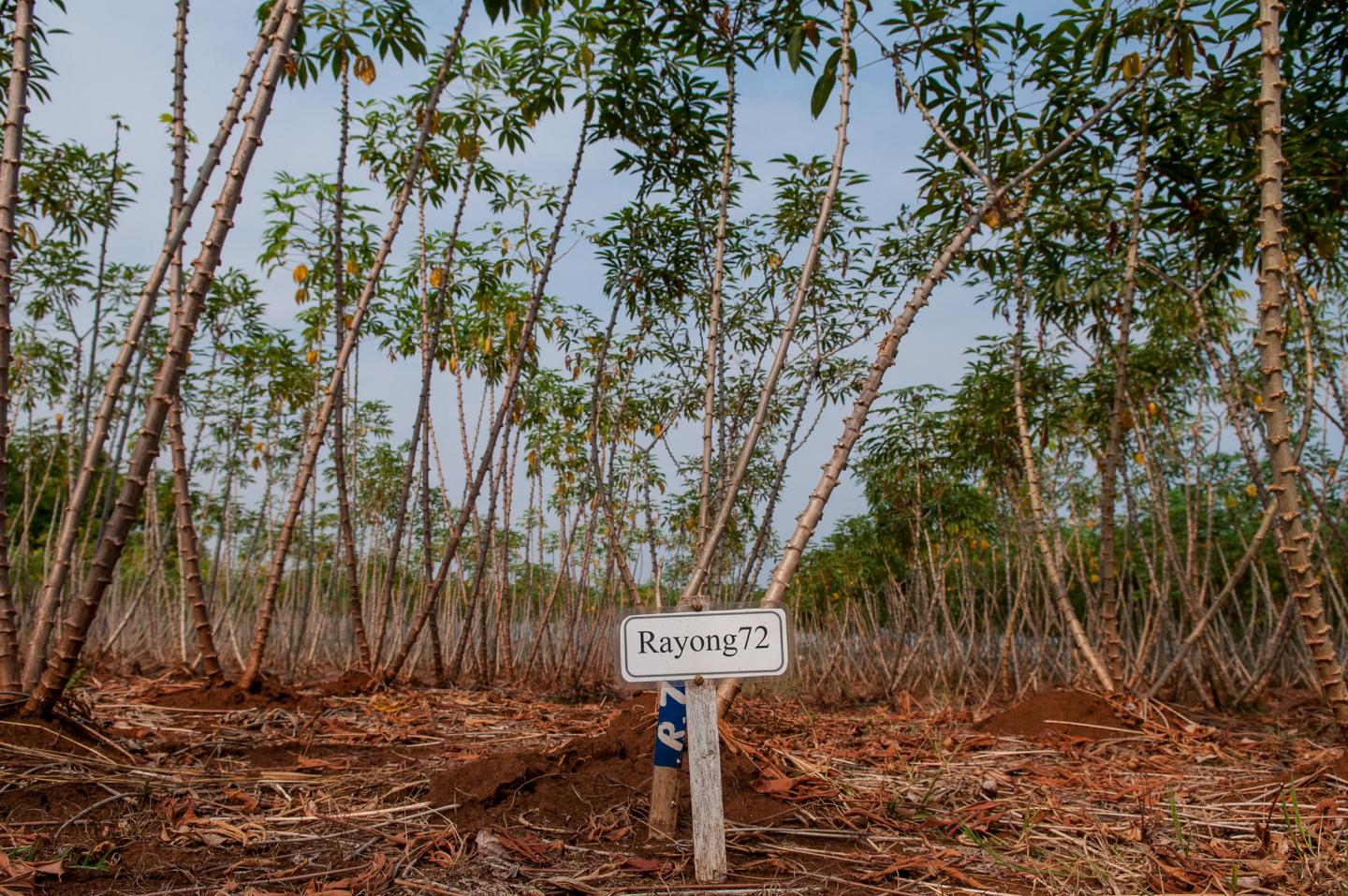 Augusto Castro Nunez, a land-use and climate expert at the Alliance and leader of the Sustainable Land Use Systems project, added, "In Colombia, there is a link between illegal crops, cattle ranching, deforestation, and conflict. We acknowledge that scaling up production of any commodity risks an increase in deforestation and biodiversity loss, and we need to do more research. But what we know is that we need something new; what has been done to prevent deforestation is not working, and this is something new."

Market analysis is needed to understand the viability of a cassava starch market, but authors suspect that cassava could also absorb cadmium, a metal found in the soil, high levels of which prevent some cacao growers in Colombia and other parts of Latin America from exporting their cacao. If cassava can mitigate cadmium content in cacao, these producers, who are often in conflict-prone areas, could supply foreign markets such as the European Union. Cassava could also replace starch from crops like maize and soybeans, two often-linked commodities that have caused deforestation in the Brazilian Amazon.

The Alliance's Mayesse Da Silva, a soils expert co-leader of the Climate & Low-Cadmium (Clima-LoCa) project, said, "Studies in Brazil have shown that cassava has high heavy metal content when planted in heavy-metal contaminated areas. We therefore suspect cassava might help absorb heavy metals from the soil and mitigate heavy metal contamination in cocoa while helping cocoa producers generate income from selling cassava while cocoa is not productive yet, since cassava takes six months to harvest and cocoa up to three years. However, this is only a hypothesis and requires further research."

Luis Augusto Becerra, a cassava expert at the Alliance, said, "Cassava can offer a solution to put back degraded land while helping nature and farmers, pulling carbon out of the atmosphere and locking it into the soil or convert it into to food. If properly managed, cassava can help smallholder farmers move to a forest-based agriculture for improved environmental outcomes, where high value fruit tree like cacao can be grown, also boosting incomes."

- This press release was originally published on the CIAT website. It has been edited for style