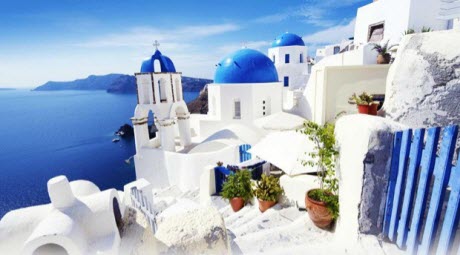 “Put simply, cool roofs cool the globe."Photo courtesy of Concordia UniversityAs the summer heats up, so do cities. That’s true not just for hot places like Los Angeles and Phoenix, but also for cooler capitals like Ottawa and Reykjavik.

Regardless of latitude, urban temperatures are typically several degrees higher than those of nearby suburban and rural areas. The resulting “heat islands” mean increased discomfort, higher air-conditioning bills, and denser smog.

A major culprit? Hot roofs baked by the sun. The solution? Cooling down those roofs by using reflective surfaces—and doing so even if those cities are covered in snow for several months of the year.

A new study published by Concordia University researchers in Energy and Buildings confirms that, contrary to the belief that cool roofs won’t work in colder climates, they actually provide net energy—and monetary—savings. 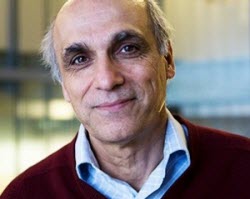 Hashem AkbariPhoto courtesy of Concordia University“Using a cool roof on a commercial building in cold climates is typically not suggested based on the presumption that the heating penalties may be higher than the cooling savings,” says Hashem Akbari, professor in the Department of Building, Civil and Environmental Engineering and the study’s senior author.

“Our research shows that any improvement to a roof that limits the summertime solar heat gain actually results in energy-cost savings for the building owner, as well as a reduction in the building's overall environmental impact.”

They found that cool roofs for the simulated buildings resulted in annual energy expenditure savings in all municipalities.

“Our study proves that cool roofs for commercial buildings are a net saver of energy in all climates that use air conditioning during the summer,” says Akbari.

“In cooler climates, installing cool roofs may even prevent buying an air conditioner altogether. Even in non-air-conditioned buildings, cool roofs improve comfort during hot summer days. And in extreme cases, these roofs may even save lives by reducing the risk of heat stroke.”

Related Article: Can the Sun Make You Feel Sick?

Many municipalities already prescribe cool roofs in the construction of new buildings and for re-roofing existing buildings. This study proves that those rules should also apply in colder climates. It is Akbari’s hope that cool roofs become the global standard.

Akbari is organizing and chairing the Fourth International Conference on Countermeasures to Urban Heat Islands, being held May 30 to June 1 in Singapore. More than 300 scientists, practitioners, and policy makers will gather to discuss the implementation of heat island mitigation technologies.

Among the topics to be discussed is the development of policies requiring the installation of cool roofs on all buildings that are air-conditioned.

Partners in research: This study was supported by the Natural Sciences and Engineering Research Council of Canada.