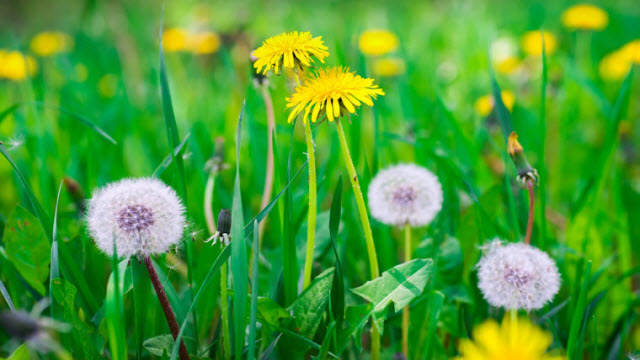 An engineer at Washington University in St. Louis has discovered a new use for a maligned weed.Photo credit: Shutterstock

Taraxacum officinale, better known as the common dandelion, is a much-maligned weed cursed the world over for its ability to infest lawns and crops. The plant’s paratrooper-like seed dispersal system makes it difficult to eradicate, even for those with the greenest thumbs.

However, new research from an engineer at Washington University in St. Louis finds a great benefit in an unlikely place for the pesky dandelion: each of its tiny seeds can be used as a perfect pipette in the laboratory setting.

“We found you can actually use dandelion seeds to perform precise droplet handling. There aren’t many tools that exist for this,” said Guy Genin, professor of mechanical engineering at the School of Engineering & Applied Science.

Genin worked in tandem with horticulturists at Washington University’s McDonnell International Scholars Academy partner Xi’an Jiaotong University in Xi’an, China, where he also holds the appointment of Yangtze River Chaired Professor. The team examined the wettability of dandelion seeds, or how they are saturated by a liquid. While most materials can be wetted only by water (hydrophilic) or oil (oleophilic), the researchers found the pappus of a dandelion—the fluffy, white structure surrounding the seed—is omniphilic, able to be saturated by both materials. That rare trait makes it an extremely useful lab tool, especially when it comes to moving tiny amounts of either liquid from one setting to another.

“These dandelion pappi are chemically and structurally composed so that they will collapse in a special way if you dip them in either oil or water,” said Feng Xu, Genin’s collaborator and director of the Bioinspired Engineering and Biomechanics Center at Xi’an Jiaotong University. “Using the pappi, you can lift up a drop of water and deposit that drop of water into an oil bath. And you can go back into the oil, use the pappi to retrieve the drop of water, and move it elsewhere.”

Genin said using dandelions in the lab allows for precise handling of minute amounts of liquid, something especially important for the tiniest of experiments.

Related Infographic: The Evolution of the Pipette

“Because it has this special omniphilic property, the seed provides us a new way of handling nanoliter-sized droplets in the lab. They are a beautiful controlled environment; they basically seal off the work around them so we can run a very controlled chemical reaction with them. The dandelion comes self-assembled, naturally grown, and its seeds are able to reliably and repeatedly pick up these tiny volumes of fluid that we need to transport in a lab setting.”

The seeds can be used either individually or in large assays to collect greater amounts of liquid. Genin said the next step is to replicate the pesky dandelion’s omniphilic properties in man-made materials.

“We hope to be able to develop bio-inspired omniphilic surfaces to create additional options for handling liquid for lab experiments,” Genin said.

In addition to the McDonnell International Scholars Academy, Xi’an Jiaotong and Washington University partner through the University Alliance of the Silk Road, an academic network associated with China’s “One Belt, One Road” policies.

“We bring scholars together across cultural and global boundaries,” said Shuguo Wang, president of Xi’an Jiaotong University and director of the University Alliance of the Silk Road, who was not involved in the dandelion research. “Our partnership with Washington University enabled the discovery of an exciting new technology, taken from a common pest.”