The Zuckerman Institute at Columbia University

A woman walking down the street hears a bang. Several moments later she discovers her boyfriend, who had been walking ahead of her, has been shot. A month later, the woman checks into the emergency room. The noises made by garbage trucks, she says, are causing panic attacks. Her brain had formed a deep, lasting connection between loud sounds and the devastating sight she witnessed.

This story, relayed by clinical psychiatrist and co-author of a new study Mohsin Ahmed, MD, PhD, is a powerful example of the brain's powerful ability to remember and connect events separated in time. And now, in that new study in mice published May 8 in Neuron, scientists at Columbia's Zuckerman Institute have shed light on how the brain can form such enduring links.

The scientists uncovered a surprising mechanism by which the hippocampus, a brain region critical for memory, builds bridges across time: by firing off bursts of activity that seem random, but in fact make up a complex pattern that, over time, help the brain learn associations. By revealing the underlying circuitry behind associative learning, the findings lay the foundation for a better understanding of anxiety and trauma- and stressor-related disorders, such as panic and post-traumatic stress disorders, in which a seemingly neutral event can elicit a negative response.

"We know that the hippocampus is important in forms of learning that involve linking two events that happen even up to 10 to 30 seconds apart," said Attila Losonczy, MD, PhD, a principal investigator at Columbia's Mortimer B. Zuckerman Mind Brain Behavior Institute and the paper's co-senior author. "This ability is a key to survival, but the mechanisms behind it have proven elusive. With today's study in mice, we have mapped the complex calculations the brain undertakes in order to link distinct events that are separated in time."

The hippocampus—a small, seahorse-shaped region buried deep in the brain—is an important headquarters for learning and memory. Previous experiments in mice showed that disruption to the hippocampus leaves the animals with trouble learning to associate two events separated by tens of seconds.

"The prevailing view has been that cells in the hippocampus keep up a level of persistent activity to associate such events," said Ahmed, an assistant professor of clinical psychiatry at Columbia's Vagelos College of Physicians and Surgeons, and co-first author of today's study. "Turning these cells off would thus disrupt learning."

To test this traditional view, the researchers imaged parts of the hippocampus of mice as the animals were exposed to two different stimuli: a neutral sound followed by a small but unpleasant puff of air. A fifteen-second delay separated the two events. The scientists repeated this experiment across several trials. Over time, the mice learned to associate the tone with the soon-to-follow puff of air. Using advanced two-photon microscopy and functional calcium imaging, they recorded the activity of thousands of neurons, a type of brain cell, in the animals' hippocampus simultaneously over the course of each trial for many days.

"With this approach, we could mimic, albeit in a simpler way, the process our own brains undergo when we learn to connect two events," said Losonczy, who is also a professor of neuroscience at Columbia's Vagelos College of Physicians and Surgeons.

Related Article: What Does It Take to Make a Memory? Study Says New Proteins

To make sense of the information they collected, the researchers teamed up with computational neuroscientists who develop powerful mathematical tools to analyze vast amounts of experimental data.

"We expected to see repetitive, continuous neural activity that persisted during the 15-second gap, an indication of the hippocampus at work linking the auditory tone and the air puff," said computational neuroscientist Stefano Fusi, PhD, a principal investigator at Columbia's Zuckerman Institute and the paper's co-senior author. "But when we began to analyze the data, we saw no such activity."

Instead, the neural activity recorded during the 15-second time gap was sparse. Only a small number of neurons fired, and they did so seemingly at random. This sporadic activity looked distinctly different from the continuous activity that the brain displays during other learning and memory tasks, like memorizing a phone number. 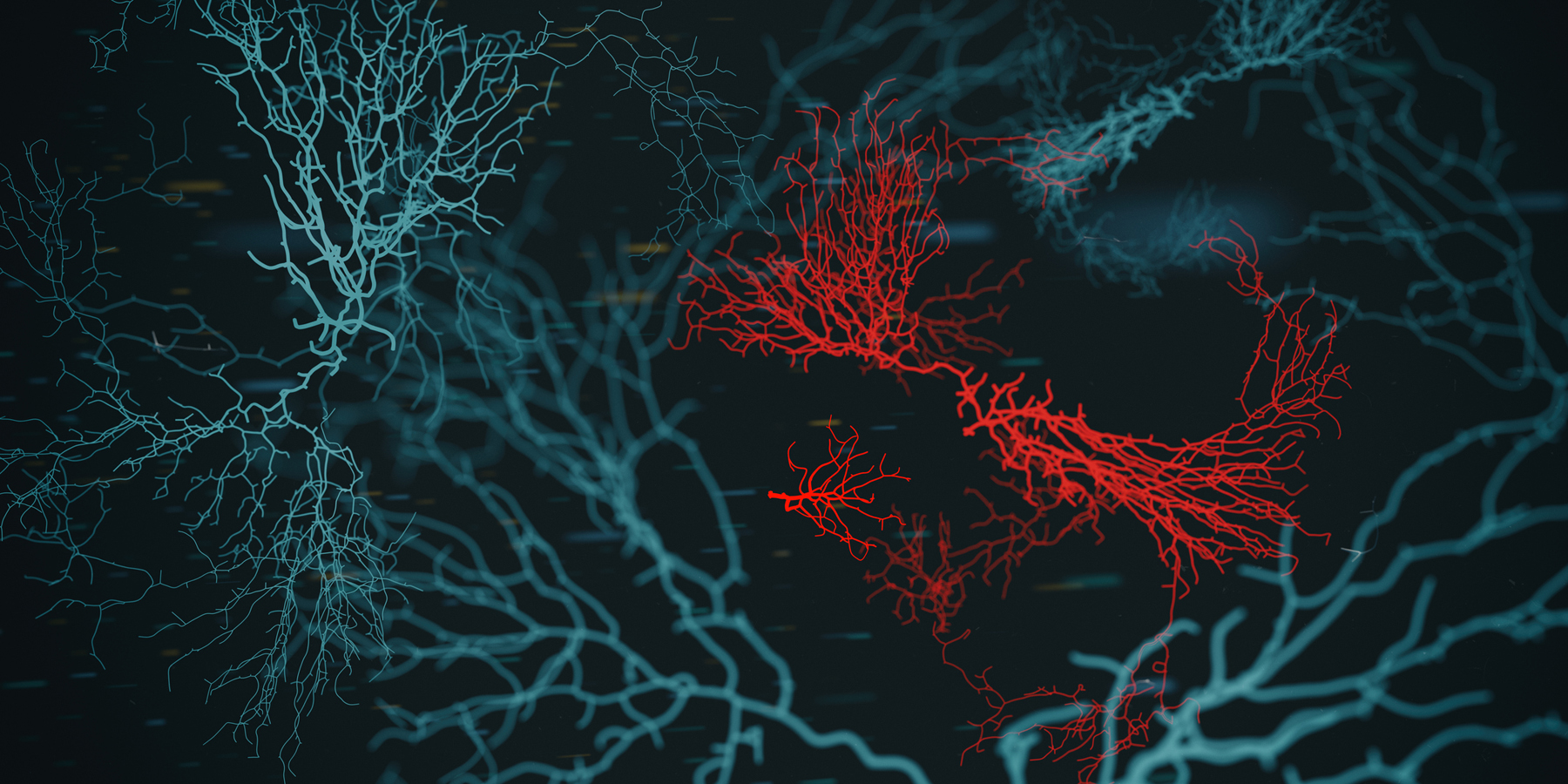 "The activity appears to come in fits and bursts at intermittent and random time periods throughout the task," said James Priestley, a doctoral candidate co-mentored by Losonczy and Fusi at Columbia's Zuckerman Institute and the paper's co-first author. "To understand activity, we had to shift the way we analyzed data and use tools designed to make sense of random processes."

Ultimately, the researchers discovered a pattern in the randomness: a style of mental computing that seems to be a remarkably efficient way that neurons store information. Instead of communicating with each other constantly, the neurons save energy—perhaps by encoding information in the connections between cells, called synapses, rather than through the electrical activity of the cells.

"We were happy to see that the brain doesn't maintain ongoing activity over all these seconds because, metabolically, that's not the most efficient way to store information," said Fusi, who is also a professor of neuroscience at Columbia's Vagelos College of Physicians and Surgeons. "The brain seems to have a more efficient way to build this bridge, which we suspect may involve changing the strength of the synapses."

In addition to helping to map the circuitry involved in associative learning, these findings also provide a starting point to more deeply explore disorders involving dysfunctions in associative memory, such as panic and post-traumatic stress disorder.

"While our study does not explicitly model the clinical syndromes of either of these disorders, it can be immensely informative," said Ahmed, who is also a member of the Losonczy lab at Columbia's Zuckerman Institute. "For example, it can help us to model some aspects of what may be happening in the brain when patients experience a fearful association between two events that would, to someone else, not elicit fright or panic."