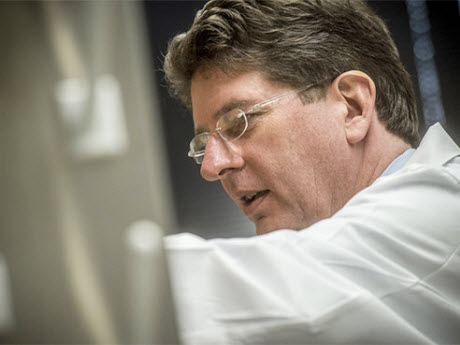 They have found that epigenetic changes dysregulate memory-associated genes, and a particular enzyme in brain neurons of the hippocampus appears to be a link between chronic obesity and cognitive decline. Their work is published in the Jan. 27 issue of Journal of Neuroscience.

Obesity plagues developed nations, and among the numerous negative health outcomes associated with obesity is a memory impairment that is seen in middle-aged and older obese people. The cause of this decline? Experiments with obese rodents have given a clue: altered gene expression in the hippocampus area of the brain. Until now, the reasons gene expression was changed, as well as the mechanism by which obesity leads to pathogenic memory impairment, have not been known.

There was one suspect: epigenetic dysregulation in neurons of the hippocampus. Foundational experiments over the past decade have linked the creation of long-term memories to changes in DNA methylation and hydroxymethylation—changes caused by epigenetic mechanisms that sit above the level of the genes.

Such lasting molecular changes to DNA appear to play an important role in promoting or suppressing memory formation through their ability to increase or reduce the expression of genes that help brain neurons create new synaptic connections.

UAB researchers have now shown that epigenetic changes are indeed associated with changes in the expression of memory-associated genes within the hippocampus of obese mice, and these epigenetic changes correlate with diminished object location spatial memory in the obese mice. The UAB researchers have also implicated reduced amounts of one particular memory-associated gene product—SIRT1—as the principal pathogenic cause of obesity-induced memory impairment. The hippocampus subregion of the brain is important for consolidation of long-term memory.

Corresponding author J. David Sweatt, PhD, first author Frankie D. Heyward, PhD, and colleagues in the UAB Department of Neurobiology, Evelyn F. McKnight Brain Institute, write that these data “provide the first evidence that high-fat-diet-induced obesity leads to the time-dependent development of aberrant epigenetic modifications within the hippocampus, as well as corresponding reduction in the expression of various memory-related genes.”

Sweatt noted, “We feel this is a very exciting finding that identifies a new linkage between diet, epigenetics and cognitive function, especially in light of the burgeoning obesity epidemic in the U.S. and elsewhere.”

This work, they write, “offers a novel working model that may serve as a conceptual basis for the development of therapeutic interventions for obesity-induced memory impairment.”

In details about the cause of altered gene expression, the UAB researchers found that:

To probe the mechanism by which obesity leads to pathogenic memory impairment, the UAB researchers focused on the gene Sirt1, which makes an enzyme that is active in the neuron during energy expenditure and fat mobilization. This enzyme appears to be depleted and dysfunctional in obesity, and the deletion of the Sirt1 gene in the brain shortly after birth is known to impair memory and the ability to form new neural synapses. These roles for the SIRT1 gene product—in both high-fat-diet-induced molecular pathology and in memory impairment—suggest that it might be a link between chronic obesity and cognitive decline. 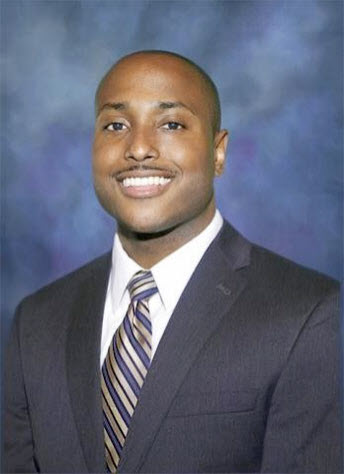 Frankie Heyward, PhDPhoto courtesy of the University of Alabama at BirminghamHeyward, Sweatt and colleagues found that the hippocampus of obese mice had significantly diminished protein expression of SIRT1, and a substrate of the enzyme, acetlylated-p53, was significantly increased, suggesting reduced enzymatic activity. Also, a targeted deletion of Sirt1 in the forebrain region that includes the hippocampus at age 8-12 weeks showed decreased Sirt1 mRNA and protein in the hippocampus, and these mice showed impaired object-location memory when tested two weeks later.

Besides Heyward and Sweatt, co-authors of the paper, “Obesity weighs down memory through a mechanism involving the neuroepigenetic dysregulation of Sirt1,” are Daniel Gilliam, Mark Coleman, Cristin Gavin, PhD, Jing Wang, PhD, Garrett Kaas, PhD, Richard Trieu, John Lewis and Jerome Moulden, all of the UAB Department of Neurobiology.

About ten years ago, Sweatt’s lab made the seminal discovery that everyday experiences tap into epigenetic mechanisms in subregions of the brain, and the resulting epigenetic changes in DNA are critically important for long-term memory formation and the stable storage of long-term memory. The 2007 Neuron paper “Covalent modification of DNA regulates memory formation,” by Courtney Miller, PhD, and Sweatt, was the first to show that active regulation of the chemical structure of DNA is involved in learning and experience-driven changes in the brain.

This work was supported by National Institutes of Health grants T32HL105349, MH57014, P60DK079626 and P30DK56336. The T32 pre-doctoral fellow grant to Heyward from the UAB Nutrition and Obesity Research Center supported his training in the biological basis of obesity.