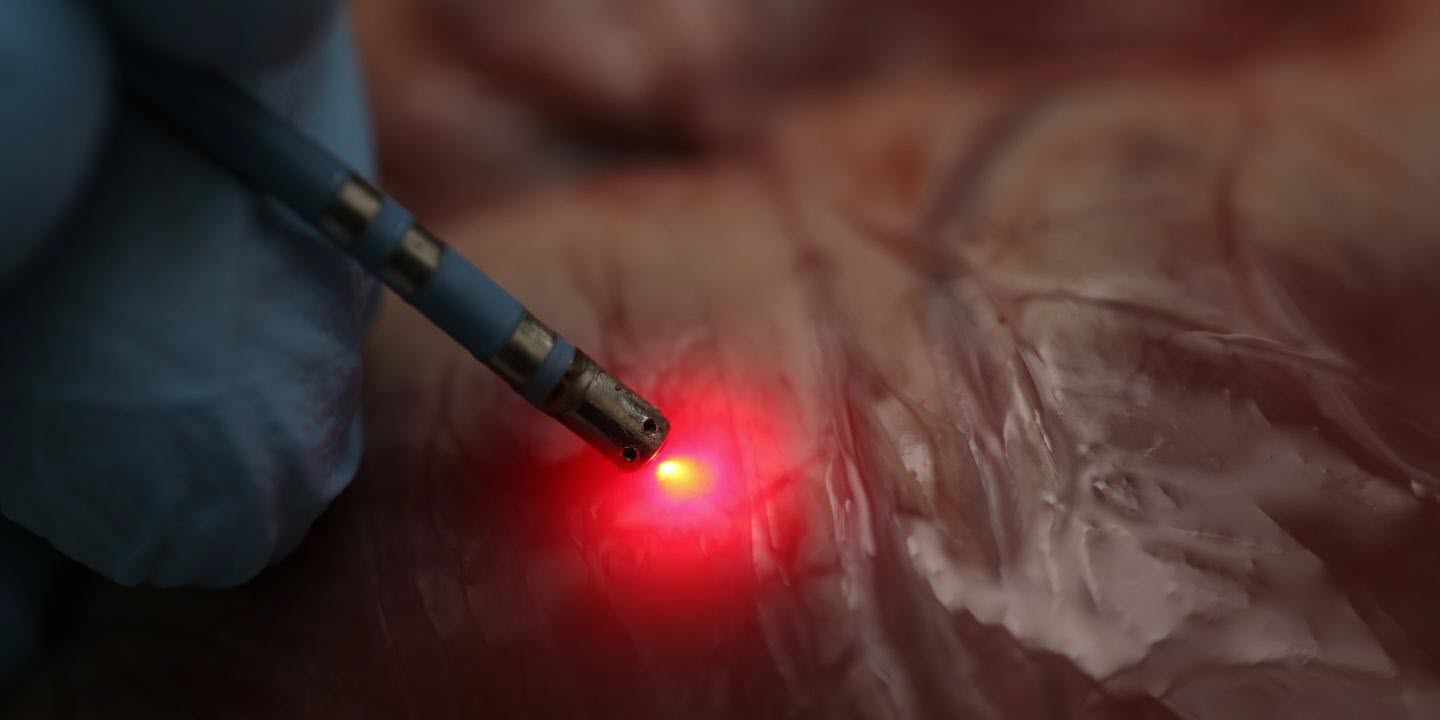 WASHINGTON, DC — Researchers have demonstrated that a new mapping approach based on near infrared spectroscopy can distinguish between fat and muscle tissue in the heart. This distinction is critical when using radiofrequency ablation to treat a serious heart rhythm problem known as ventricular tachycardia.

Radiofrequency ablation, the only treatment for ventricular tachycardia, involves identifying areas of the heart that are triggering abnormal signals and then heating them to the point that abnormal signals can no longer be transmitted. During the procedure, it's important, yet challenging, to identify precisely where to deliver energy while avoiding healthy tissue.

"Ventricular tachycardia is the single largest cause of sudden death in the US, with an estimated 300,000 deaths per year occurring from the condition," said Hendon. "We hope that our technology can be translated to the clinic to increase the efficacy of radiofrequency ablation therapy and reduce related complications for ventricular tachycardia patients."

Today, most clinical heart mapping systems are based on functional measurements such as voltage. "An optical measurement that provides information about the underlying tissue composition has the potential to be used with standard functional methods to improve ablation success rates," said Hendon.

The researchers used near infrared spectroscopy, which works by shining light with a broad range of wavelengths onto the tissue and then detecting the light that is reflected back. This reflectance spectrum provides information about tissue composition based on its absorption and scattering properties.

"By using near-infrared wavelengths in addition to visible wavelengths, we can probe deeper into the tissue," said Hendon. "The technique lets us distinguish various types of tissue within human hearts because fat, muscle, and ablation lesions all have different scattering and absorption wavelength dependent properties."

The approach could not only be used to guide ablation procedures and evaluate how well they worked, but might also provide information that could be used to develop new computational models that would help advance the understanding of mechanisms involved in arrhythmia.

"Once an abnormal area has been identified and heated to form an ablation lesion, it is important for the operator to know if that lesion was placed successfully and had the desired effect," said Hendon. "Direct measurement of tissue characteristics affords the possibility of improved ability both to find abnormal tissue and to determine how well it has been treated."

Using near-infrared spectroscopy during radiofrequency ablation required the researchers to develop new ablation catheters that incorporated optical fibers for emitting and detecting light, as well as a custom tip for tracking the instrument. They also developed new signal and data processing techniques, a workflow for rendering anatomical tissue maps and a catheter tracking system to enable spatial mapping of the tissue.

Using the new catheter, the researchers tracked the position of the instrument as it moved along the heart surface. At each location they recorded reflectance spectra and used this to compute an optical index for both fat and lesion tissues. The experiments were performed on donor hearts from deceased people with cardiovascular disease to replicate what would likely be encountered in the clinic.

"So far we have extremely encouraging results," said Hendon. "Our work shows that optics can have a large and impactful role within the field of cardiac electrophysiology."

The researchers are now working on a new catheter prototype that would more fully integrate the mapping processes. They also plan to demonstrate the method in large animals to test how well it works with heart muscles moving and blood circulating through the heart.

- This press release was originally published on the OSA website