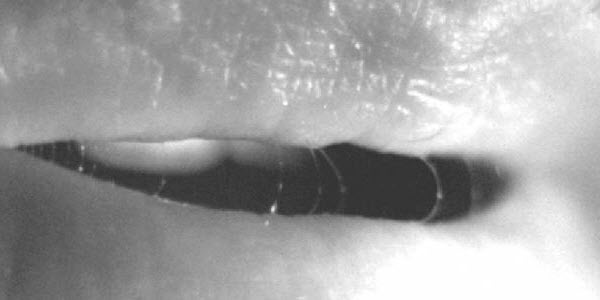 Production of saliva filaments on the lips.
M. Abkarian and H.A. Stone

Speech and singing spread saliva droplets, a phenomenon that has attracted much attention in the current context of the COVID-19 pandemic.

Scientists from the Center for Structural Biology (CNRS), l'université de Montpellier, and Princeton University sought to shed light on what takes place during conversations. A first study published in PNAS revealed that the direction and distance of airflow generated when speaking depend on the sounds produced. For example, the accumulation of plosive consonants, such as the "P" in "PaPa," produces a conical airflow that can travel up to two meters in 30 seconds. 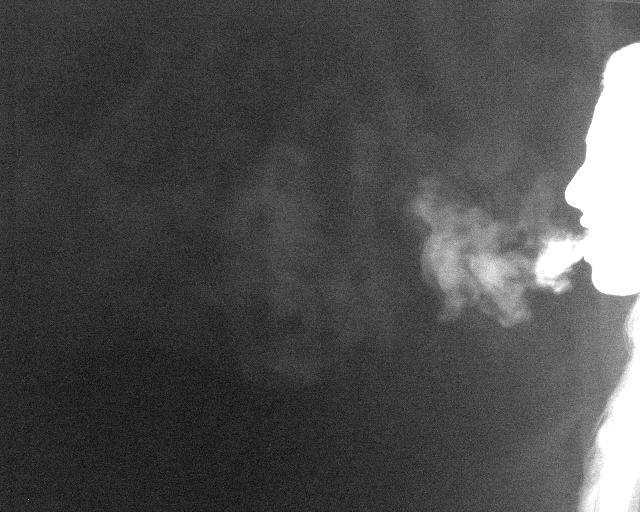 Projection of CO2 emitted by a member of the MET Orchestra while singing, recorded using an infrared camera.
M. Abkarian, P. Bourrianne and H.A. Stone (with help from the FLIR company and E. Bowman)

These results also emphasize that the time of exposure during a conversation influences the risk of contamination as much as distance does.

A second study published on Oct. 2 in the journal Physical Review Fluids describes the mechanism that produces microscopic droplets during speech: saliva filaments form on the lips for the consonants P and B, for example, and are then extended and fragmented in the form of droplets. This research is being continued with the Metropolitan Opera Orchestra ("MET Orchestra") in New York, as part of a project to identify the safest conditions for continuing this prestigious orchestra's activity.