A new method for reliably identifying the presence of beer or other malted foodstuffs in archaeological finds is described in a study published May 6, 2020 in the open-access journal PLOS ONE by Andreas G. Heiss from the Austrian Academy of Sciences (OeAW), Austria and colleagues.

A beverage with prehistoric roots, beer played ritual, social, and dietary roles across ancient societies. However, it's not easy to positively identify archaeological evidence of cereal-based alcoholic beverages like beer, since most clear markers for beer's presence lack durability or reliability.

To explore potential microstructural alterations in brewed cereal grains, Heiss and colleagues simulated archaeological preservation of commercially-available malted barley via charring (malting is the first step in the beer-brewing process.). They compared these experimental grains with ancient grains from five archaeological sites dating to the 4th millennium BCE: two known beer-brewing sites in Predynastic Egypt, and three central European lakeshore settlements where cereal-based foods were found in containers, but the presence of beer was not confirmed.

Using electron microscopy, the authors found their experimental barley grains had unusually thin aleurone cell walls (specific to grains of the grass family Poaceae, the aleurone layer is a tissue forming the outermost layer of the endosperm). The archaeological grain samples across all five prehistoric sites showed the same aleurone cell wall thinning. 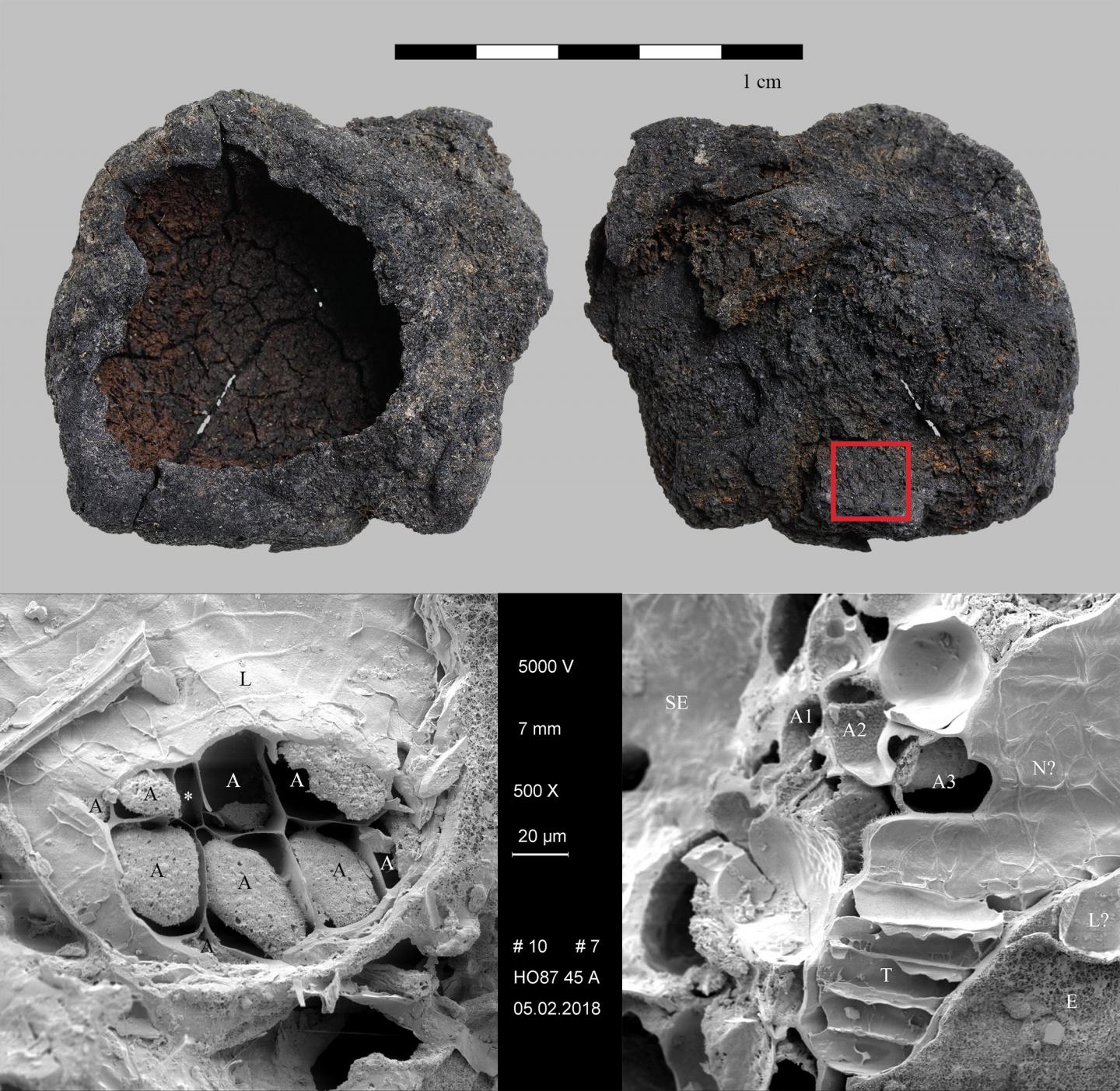 Although there are other potential reasons for this type of thinned cell wall (such as fungal decay, enzymatic activity, or degradation during heating—all of which can be ruled out with careful analysis), these results suggest that this cell wall breakdown in the grain's aleurone layer can serve as a general marker for the malting process.

This new diagnostic feature for confirming the presence of beer (or other malted beverages/foodstuffs) in artifacts works even if no intact grains are present. A novel tool for identifying the possible presence of beer in archaeological sites where no further evidence of beer-making or drinking is preserved, this method promises to broaden our knowledge of prehistoric malting and brewing.

The authors note: "Structural changes in the germinating grain, described decades ago by plant physiologists and brewing scientists alike, have now successfully been turned into a diagnostic feature for archaeological malt, even if the grains concerned are only preserved as pulverized and burnt crusts on pottery. A "small side effect" is the confirmation of the production of malt-based drinks (and beer?) in central Europe as early as the 4th millennium BC."

Heiss adds, "For over a year, we kept checking our new feature until we (and the reviewers) were happy. However, it took us quite a while to realize that en passant we had also provided the oldest evidence for malt-based food in Neolithic central Europe."