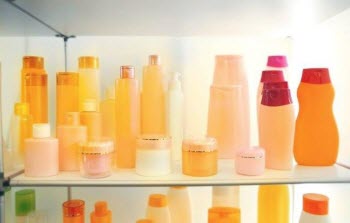 With new restrictions on preservatives, making sure bacteria, fungi, and mold don’t grow in cosmetics is getting harder.Image Credit: Africa Studio/Shutterstock.com In recent years, environmental groups have been calling out cosmetic preservatives as suspected endocrine disruptors, cancer-causing agents and skin irritants. The campaigns have resulted in new restrictions on certain preservatives. But, as reported in Chemical & Engineering News (C&EN), the weekly newsmagazine of the American Chemical Society, the shrinking list of approved preservatives is having unintended consequences.

Marc S. Reisch, a senior correspondent at C&EN, notes that preservatives play a key role in cosmetics. They prevent mold, fungi, and bacteria from growing in creams, makeup, and shampoos. Left unchecked, contaminants can spoil products or cause skin or eye infections or worse. Regulators are working through claims on individual compounds to determine whether they’re safe at various concentrations. In the meantime, some companies are phasing out or lowering levels of preservatives—even those that regulators have approved, including certain parabens.