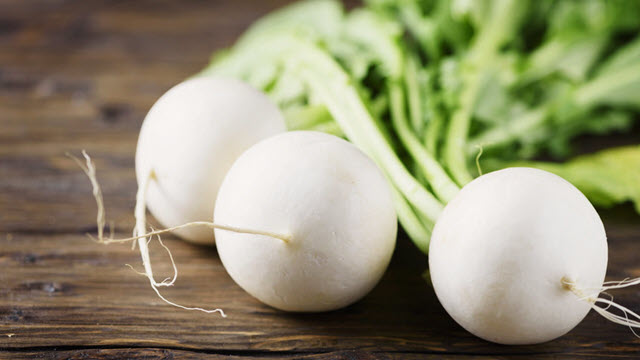 As we crane our necks to stare up in awe at the height of the world's tallest trees, it's easy to forget that what allows these living skyscrapers to stand for hundreds and even thousands of years is not upward growth, but outward growth, which makes stems and trunks fatter. Radial growth provides physical support to plants, yields everyday items like wood and cork, and plays a major role in converting atmospheric carbon into plant biomass.

Radial growth also produces specialized vascular tissues that transport water and nutrients around plants and is visible as concentric patterns known as annual growth rings in tree trunk cross-sections. In many cases, plants and trees continue this outwards growth for their entire lifetime. Radial growth is also responsible for producing our root and tuber vegetables such as turnips, carrots, sugar beet and potatoes. Yet the mechanisms behind how plants thicken their stems and roots by growing radially are virtually unknown.

Plant scientists from the University of Helsinki and University of Cambridge have independently uncovered two regulatory networks directing this all-important radial growth in plants. Their discoveries, published today in two separate papers in Nature, provide the most comprehensive understanding yet of how plants grow radially. It also means that botany textbooks around the world will need to update their descriptions of how the two types of vascular tissues in plants—xylem (better known as wood) that transports water and phloem that transports nutrients—form, differentiate, and grow.

Using thale cress (Arabidopsis thaliana) as a model plant to study how cell patterning develops during radial growth, Dr Ari Pekka Mähönen's team from the Institute of Biotechnology (a HiLIFE unit) and Faculty of Biological and Environmental Sciences at the University of Helsinki has ended a near 150-year-old debate on the location and essence of the stem cells responsible for radial growth. His team showed that the stem cells for cambium (the tissue layer that gives rise to secondary stage vascular tissue) are located next to the young xylem. Furthermore, he showed that young xylem acts as an organiser for the stem cell activity.

Using the same model plant, professor Ykä Helariutta's team at the Sainsbury Laboratory Cambridge University (SLCU) focused on the early (primary) stage of vascular development. They showed that in contrast to the late stage, during this early stage young phloem cells (protophloem) are initiating and organizing the primary (procambial) stage of radial growth. They also described an underlying gene regulatory network and an integrating role for a newly identified group of mobile transcription factors.

Together, their findings reveal some of the regulatory mechanisms that enable plants to continue to radially grow in a highly organized fashion, resulting in the concentric patterns seen in cross-sections of stems and roots. The key is the positioning of cells and a complex network of feedback signalling.

Dr Mähönen's team combined individual cell lineage tracing and molecular genetics to show early-stage xylem cells, which had not yet differentiated, take over as the organiser and direct adjacent vascular cells to divide and function as stem cells: "We showed that this secondary development is a tightly controlled process and revealed a dynamic nature of the organiser. Differentiation of the organiser into a xylem vessel leads to formation of a new organizer in the adjacent cambial stem cell, thus ensuring the maintenance of the vascular cambium. We also identified a molecular mechanism that defines the stem cell organizer."

What is the nature of the intercellular signals that regulate vascular meristem activity?

Radial growth by vascular cambium represents the late, secondary stage of plant development particularly evident in tree species. The radial growth is primed in early seedlings during the so-called procambial stage, which is observed in all plant species.