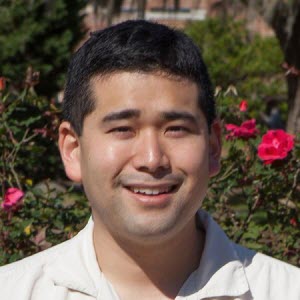 “Most people may not realize this, but there are about 20 million people in the country who access drinking water that isn’t treated,” Uejio said. “These households are particularly vulnerable to rainfall events and contamination events where disease causing pathogens can get in their drinking water sources.”

Uejio’s study is the first to examine how future rainfall may impact human health. He partnered with the Wisconsin Department of Health and the Children’s Hospital of Wisconsin to examine the rate in which children ages five and under are at risk for gastrointestinal illness (GI) 30-plus years into the future between 2046 to 2065 compared to the period between 1991 and 2010.

“Wisconsin was chosen partly for its unique geography,” Uejio said. “It has some underlying hydrogeology characteristics that make it a little more susceptible to ground water contamination. We also chose Wisconsin because there are some cities that do treat and do not treat their drinking water. It provided a natural comparison to see if rainfall is related to more people getting sick in these areas.”

The first scenario tested the amount of risk of childhood GI if climate change proceeds on its current trajectory. Uejio found that without additional drinking water treatment installation, increased rainfall from climate change could amount to an approximate 1.5 percent increase in childhood GI—with a range as high as 3.6 percent.

The gastrointestinal illnesses studied included a wide swath of sicknesses ranging from minor stomach pains to more severe symptoms that required up to 69 days of hospital care. Of the cases examined between 1991 and 2010, seven percent of the children were admitted to a hospital.

The second scenario considered climate change plus background levels of treatment, which is what has been done historically, and projecting that to the future. When those numbers were assessed, Uejio found some continued treatment would help alleviate the impacts of climate change moving forward, but there were still elevated rates of illness among the children in communities with untreated drinking water.

The final scenario looked at a more aggressive rate of drinking water treatment in larger cities throughout the research area.

“We found, intuitively, that the rate of illness correspondingly dropped dramatically,” Uejio said.

His results can inform public policy moving forward, he said.

“Even though climate change is becoming a politicized issue, what is happening on the ground is not as political,” Uejio said. “We have actual communities, many rural, many whose children are becoming sick because they are drinking water that is not filtered. We have the technologies to address this disparity, and really that’s much bigger than the impact climate change will have going forward. We just need the political will and the funding to follow through on that.”

Uejio hopes his study will be a springboard for researchers to investigate these impacts in additional regions in the United States. Because the Northeastern and Midwestern portions of the United States are already observing more rainfall and intense rainfall events, those areas are ripe for study, he said.

The research was partially supported by the Centers for Disease Control and Prevention as well as the National Science Foundation.