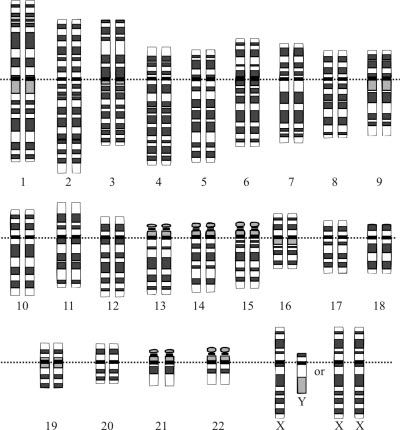 Discussions at the meeting focused on the use of gene editing in research and the most contentious aspects of these new technologies.Image credit: National Human Genome Research Institute via Wikimedia CommonsResearch involving editing the human genome, including research with human embryos, is essential to gain basic understanding of biology and germ cells and should be permitted, according to one of the first global meetings to debate the controversial new techniques.

The statement was published Thursday, September 10, by the Hinxton Group, a global network of stem cell researchers, bioethicists, and experts on policy and scientific publishing, who met in Manchester, England, September 3-4.

While firmly backing the need for gene editing research, the group makes a clear distinction between research and clinical application.

“We believe that while this technology has tremendous value to basic research and enormous potential for somatic clinical uses, it is not sufficiently developed to consider human genome editing for clinical reproductive purposes at this time,” the consensus statement reads.

According to Debra Mathews, a member of the Hinxton Group steering committee, discussions at the meeting focused on the use of gene editing in research and the most contentious aspects of these new technologies, primarily the implications for any children born with engineered genetic modifications, and also successive generations who would inherit those genetic changes; that is, the inheritable, or germline, nature of the modifications.

“While there is controversy and deep moral disagreement about human germline genetic modification, what is needed is not to stop all discussion, debate and research, but rather to engage with the public, policymakers and the broader scientific community, and to weigh together the potential benefits and harms of human genome editing for research and human health,” says Mathews, the Assistant Director for Science Programs at the Johns Hopkins Berman Institute of Bioethics.

The consensus statement addresses these ethical concerns, with the group agreeing that, “given all safety, efficacy and governance needs are met, there may be morally acceptable uses of this technology in human reproduction, though further substantial discussion and debate will be required”.

In the meantime, knowledge gained through basic science research is essential to human understanding of both ourselves and other life, the group says. “Much of our knowledge of early development comes from studies of mouse embryos, yet it is becoming clear that gene activity and even some cell types are very different in human embryos. Genome editing techniques could be used to ask how cell types are specified in the early embryo and the nature and importance of the genes involved,” says Robin Lovell-Badge, a member of the Hinxton Group steering committee and Group Leader, and head of the Laboratory of Stem Cell Biology and Developmental Genetics, The Francis Crick Institute.

The statement emphasizes the importance of “meaningful and substantial public engagement” to decision-making about genome editing. Policymakers are specifically addressed, stating that policy restraints on science should have justification that “that reaches beyond disagreements based solely on divergent moral convictions.”

“The relevant regulatory distinction should be not between using genome editing in somatic cells and using it in embryos, but between research and reproduction: whether those embryos are ever destined to be implanted, says Sarah Chan, another steering committee member and a Chancellor’s Fellow at the Usher Institute for Population Health Sciences and Informatics, University of Edinburgh.

Irradiation and Essential Oil Vapors Could Protect Grains from Pests

Irradiation and Essential Oil Vapors Could Protect Grains from Pests