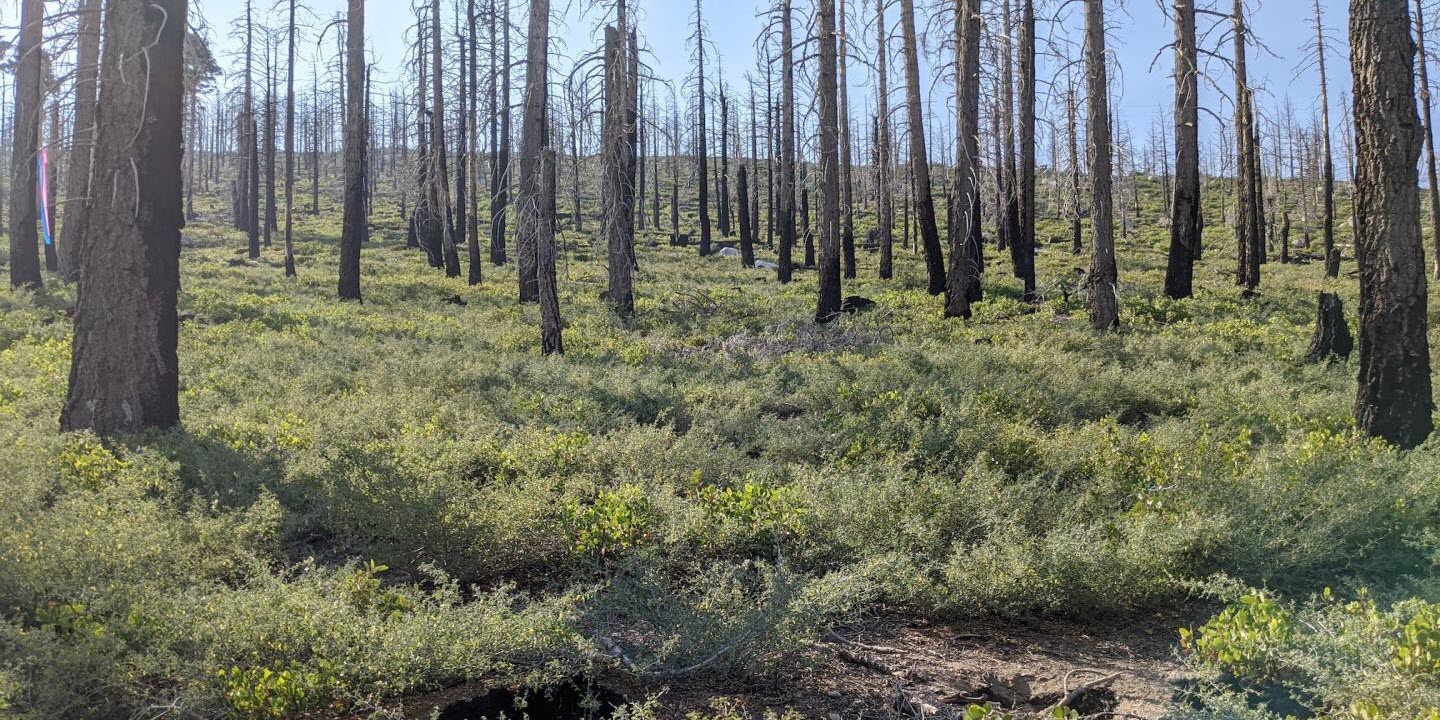 In the aftermath of megafires that devastated forests of the western United States, attention turns to whether forests will regenerate on their own or not. Forest managers can now look to a newly enhanced, predictive mapping tool to learn where forests are likely to regenerate on their own and where replanting efforts may be beneficial.

The tool is described in a study published in the journal Ecological Applications by researchers from the University of California (UC), Davis; US Geological Survey (USGS), Cal Fire, and the US Forest Service.

"Huge fires are converting forested areas to landscapes devoid of living trees," said lead author Joseph Stewart, a postdoctoral researcher at UC Davis and with USGS. "Managers need timely and accurate information on where reforestation efforts are needed most."

The tool, also known as the Post-fire Spatial Conifer Regeneration Prediction Tool (POSCRPT), helps forest managers identify within weeks after a fire where sufficient natural tree regeneration is likely and where artificial planting of seedlings may be necessary to restore the most vulnerable areas of the forest.

Conifers, or plants with cones such as pine trees, dominate many forests in western North America. The study found that conifers are less likely to regenerate after fires when seedlings face drier climate conditions, especially in low-elevation forests that already experience frequent drought stress. Overall, fewer conifers are expected to grow in California's lower elevations following wildfire due to climate and drought conditions.

"We found that when forest fires are followed by drought, tree seedlings have a harder time, and the forest is less likely to come back," said Stewart.

A UC Davis team collected post-fire recovery data from more than 1,200 study plots in 19 wildfires that burned between 2004 and 2012, as well as 18 years of forest seed production data. Ecologists at USGS collected and identified over 170,000 seeds from hundreds of seed traps. The scientists combined these data with multispectral satellite imagery, forest structure maps, climate and other environmental data to create spatial models of seed availability and regeneration probability for different groups of conifers, including pines and firs.

Forest managers have used a prototype of the tool in recent years to better understand where to focus regeneration efforts. The new upgrade incorporates information on post-fire climate and seed production and includes an easy-to-use web interface expected to increase the tool's accuracy and use.

"This work is a great example of how multiple partners can come together to solve major resource management problems that are arising from California's climate and fire trends," said co-author Hugh Safford, regional ecologist for the USDA Forest Service's Pacific Southwest Region and a member of the research faculty at UC Davis.

- This press release was originally published on the UC Davis website. It has been edited for style