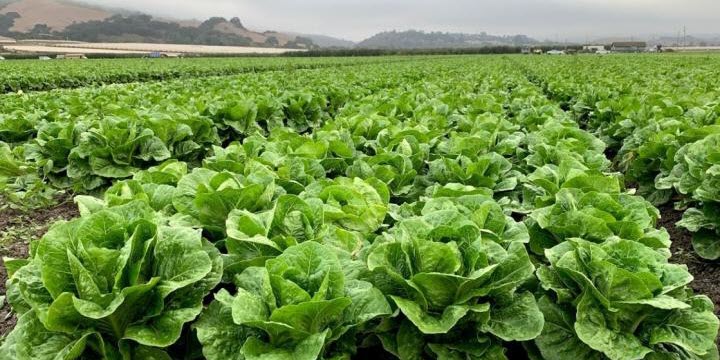 URBANA, IL — Lettuce is an important food commodity in the US, popular for its health and nutrition benefits. But leafy greens can be carriers of foodborne disease, leading to frequent product recalls.

A new University of Illinois (U of I) study aims to develop better testing methods for produce. Matt Stasiewicz, assistant professor of applied food safety at U of I, received a $348,753 grant from the USDA National Institute of Food and Agriculture (NIFA) for the project.

"Safety testing is important for a ready-to-eat product that isn't cooked before consumption. We want to ensure we find contamination if it occurs so we can remove it from the product stream," Stasiewicz says. "The goal of this USDA grant is to introduce transformative change into how preharvest testing works."

Stasiewicz's project involves swabbing many plants in the field to capture potential pathogens, then passing those aggregate swabs to a single microbiological test.

"The main foodborne pathogen leafy green growers are worried about is toxin-producing E. coli; those have been responsible for outbreaks the last couple of years. We know risk factors are animal intrusion, relatively recent rainfall events, and untreated or otherwise contaminated irrigation water," he explains.

Current preharvest testing involves collecting samples from the field and sending them to a lab for testing. While that may catch major contamination issues, smaller-scale events are often undetected but could still put consumers at risk of illness.

The new method aims to capture much more comprehensive and reliable data. It requires a person to walk through the field with a sterile cloth attached to a stick, swabbing plants by brushing the leaves.

"Rather than physical collection of relatively small samples, we can collect a much larger representation of the entire field," Stasiewicz says.

Meat processors already use sterile sampling swabs for product testing, and those swabs can be adapted to work for produce.

"Food safety issues focused on lettuce are important, and the NIFA grant acknowledges the value of Dr. Stasiewicz's work in this area," says Nicki Engeseth, head of the Department of Food Science and Human Nutrition at U of I. "This research will greatly enhance the lettuce safety testing process, making it more safe, efficient, and comprehensive."

The project aligns with Stasiewicz's other research on food safety. He recently received a $220,000 grant from the Center for Produce Safety to study product testing for leafy greens, tomatoes, apples, and other produce. The project uses computer modeling to simulate safety testing throughout the supply chain, including preharvest, at the packer, at the grocer, and at restaurants. The goal is to determine the most appropriate places to apply product testing.

- This press release was originally published on the U of I's College of Agricultural, Consumer & Environmental Sciences website. It has been edited for style