May 12, 2021University of Saskatchewan 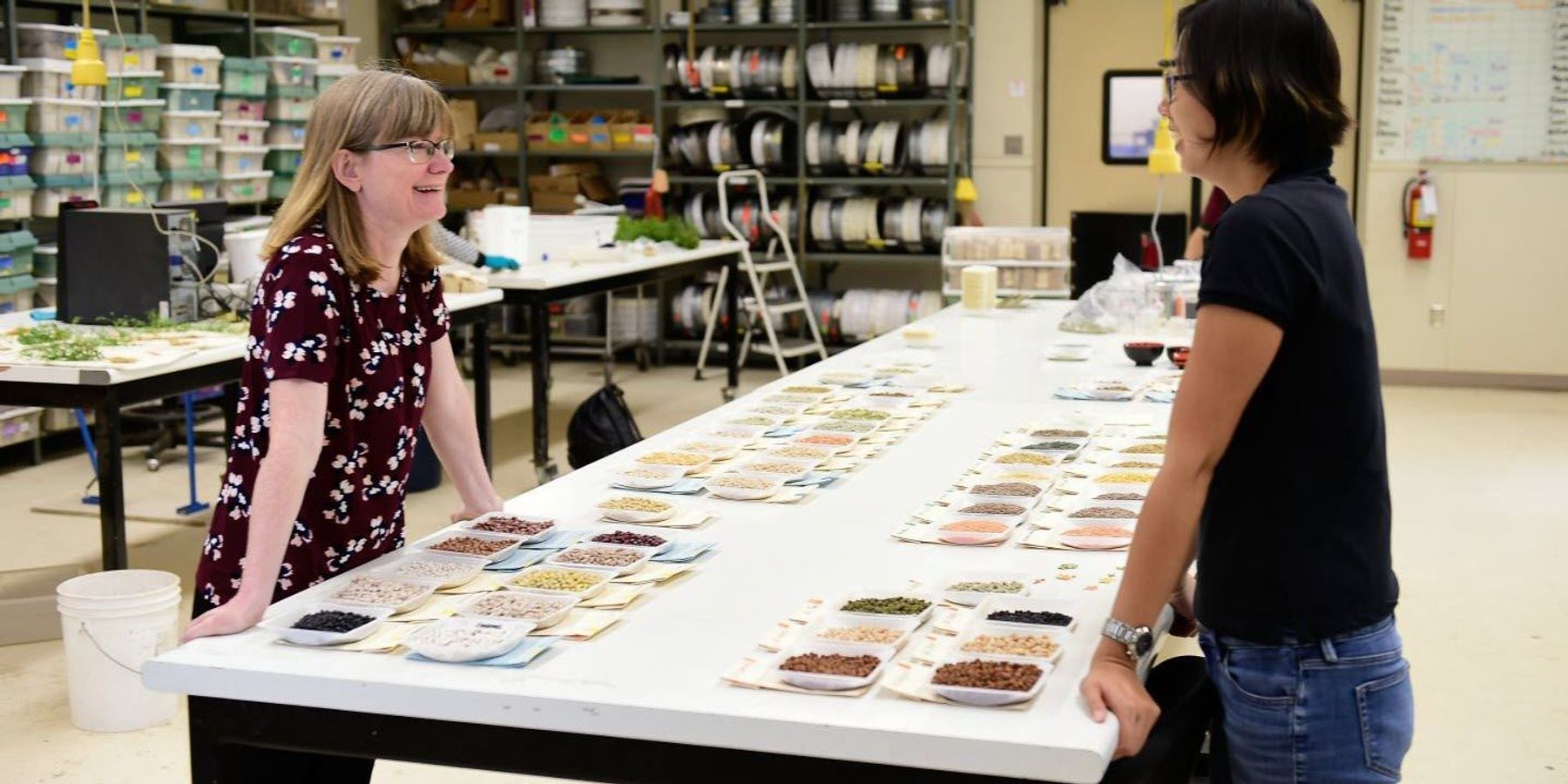 SASKATOON, SK, CANADA — Tepary beans—a high protein legume common to the southwest United States and Mexico—may hold the key to adapting bean crops for the increasingly harsh conditions brought on by a changing climate, according to research led by University of Saskatchewan (USask) and Michigan State University.

In a study just published in Nature Communications, the researchers found that as the mercury rises to 27°C at night—a temperature devastating for current bean crops—specific genes sensitive to heat stress in the tepary bean get activated, protecting the plant.

"We are interested in tepary beans because they are very stress tolerant, unlike their cousin the common bean," said Dr. Kirstin Bett (PhD), professor of plant breeding and genetics at USask and one of the senior authors of the study.

By 2050, the major regions growing common beans (Phaseolus vulgaris L.)—the most important legume protein source for human consumption—may be unsuitable and the overall nutritional quality of the crop will likely be reduced.

"Tepary beans are an under-appreciated protein crop that are ideal for production in marginal environments due to their inherent tolerance of temperature stresses," said Bett.

The team sequenced the genome of the tepary bean (Phaseolus acutifolis A. Gray) to study how the legume adapts more effectively to fluctuating temperatures than its common bean cousin, and to combine traits of the two species into a more sustainable crop variety.

Having been part of Indigenous diets in regions such as northern Mexico, the southwest United States and Africa for centuries, the tepary bean has been valued for its ability to survive in arid environments. While the tepary bean can handle hot and dry conditions, the researchers found it is less capable of surviving the threat of disease.

"Tepary beans have fewer disease resistance genes, perhaps because they are typically grown in arid climates where disease pressure has been less than in the wetter regions where common beans have been grown," said Bett.

"My group was responsible for the wild genome assembly and the comparative mapping work that shows the genome-level relationships between wild and cultivated tepary bean and common bean," said Bett. "This will help us better understand how to transfer traits between the two species. We are trying to increase the stress tolerance of the common bean by crossing with tepary bean and selecting for lines that are more tolerant to cold and drought."

In the future, researchers hope to be able to leverage this genetic information to improve the vitality of bean crops that must thrive in extreme temperatures or changing environments.

"We are continuing to try to develop tepary bean varieties that will grow here in Saskatchewan and in other dry areas of the world," Bett said.

- This press release was originally published on USask's College of Agriculture and Bioresources website. It has been edited for style