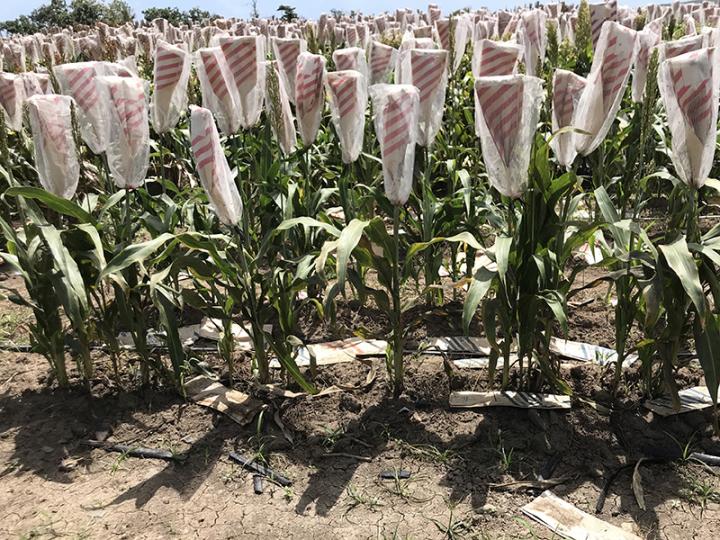 Scientists use research plots to evaluate characteristics of sorghum varieties at a breeding nursery in Manhattan, KS.
Tesfaye Tesso

August 19, 2020 — Sorghum, a common food item in regions of Africa and Asia, has one missing puzzle piece. The missing piece? Protein digestibility, which researchers in the Department of Agronomy at Kansas State University are trying to find.

"Sorghum is an important food crop grown in Africa," said Tesfaye Tesso. "It grows well in their climate because it requires less moisture and nutrients than other crops." Tesso is a researcher at Kansas State University.

The biggest flaw of sorghum is how difficult it is for people and animals to digest its protein. Once the problem is solved, sorghum will provide more nutrients to those who eat it. It will also increase the value of the crop for farmers.

With the goal of improving global hunger and food security, Tesso and his team began their research. While there are many aspects of the plant that may affect protein digestibility, the group narrowed their focus to the protein itself. 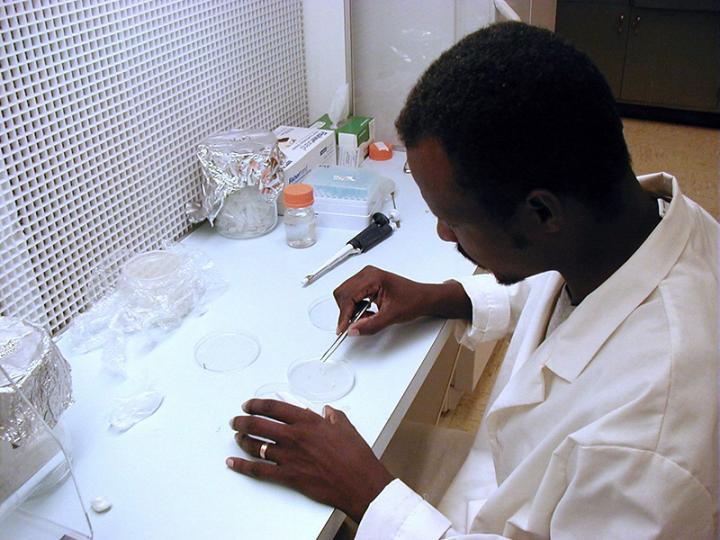 "Our goal was to look at the DNA that codes for all of the seed storage proteins, called kafirins," said Tesso. Then researchers identified differences in these codes, which could be a cause for digestibility differences.

"Three out of the four kafirins we identified were linked to high protein digestibility, while the other one had lower digestibility," said Tesso. "Identifying these factors is one important piece of a very complex puzzle."

Moving forward, this research may lay foundation for enhancing protein digestibility through breeding. By understanding the genes associated with protein digestibility, scientists can watch for these genetic variations in sorghum plants, which will then have the desired traits. 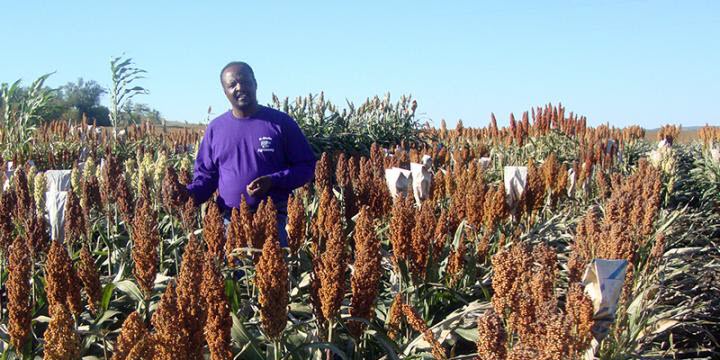 Since protein digestibility is complex and affected by multiple factors, there is still more work to be done, according to Tesso. With their new ability to easily identify digestibility, researchers now have the power to select sorghum with other desired traits.

Not only will identifying this missing puzzle piece be beneficial to people in third-world countries, but it will also help United States livestock producers.

"Sorghum can be a feed ingredient for pigs," said Tesso. "The low protein digestibility affects what the animal gets from their diet. By improving the protein digestibility, livestock farmers can save costs on protein supplementation, which enhances the competitiveness of both the livestock and sorghum industries."

In the United States, sorghum farmers will have a higher valued product and livestock owners will have a better feed ingredient. Internationally, countries with developing agriculture will be able to aid in the fight against hunger and malnutrition.