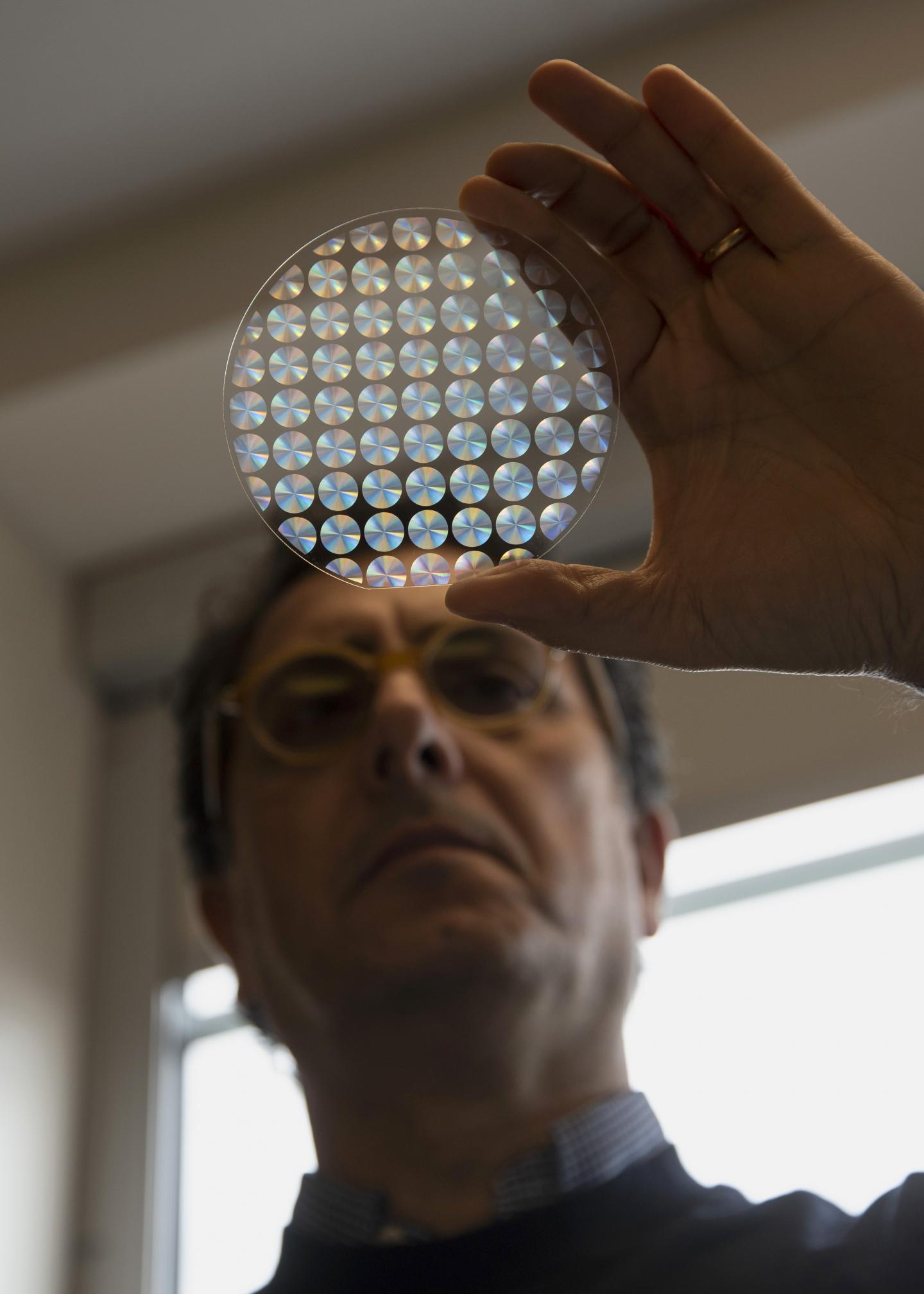 CLEVELAND, OH — For more than 500 years, humans have mastered the art of refracting light by shaping glass into lenses, then bending or combining those lenses to amplify and clarify images either close-up and far-off.

But in the last decade or so, a group led by scientist Federico Capasso at Harvard University has begun to transform the field of optics by engineering flat optics metasurfaces, employing an array of millions of tiny microscopically thin and transparent quartz pillars to diffract and mold the flow of light in much the same way as a glass lens, but without the aberrations that naturally limit the glass.

The technology was selected as among the Top 10 Emerging Technologies by the World Economic Forum (WEF) in 2019, which remarked that these increasingly smaller, clearer lenses would soon begin to be seen in camera phones, sensors, optical-fiber lines, and medical-imaging devices, such as endoscopes.

"Making the lenses used by mobile phones, computers and other electronic devices smaller has been beyond the capabilities of traditional glass cutting and glass curving techniques," according to the WEF. "...These tiny, thin, flat lenses could replace existing bulky glass lenses and allow further miniaturization in sensors and medical imaging devices."

They did this by harnessing nanoscale forces to infiltrate liquid crystals between those microscopic pillars, allowing them to shape and diffract the light in completely new ways—"tuning" the focusing power, Strangi said.

Liquid crystals are especially useful because can be manipulated thermally, electrically, magnetically or optically, which creates the potential for the flexible or reconfigurable lenses.

"We believe that this holds the promise to revolutionize optics as we know it since the 16th century," said Strangi, whose Nanoplasm Lab at Case Western Reserve investigates "extreme optics" and the "interaction of light and matter at nanoscale," among other matters. 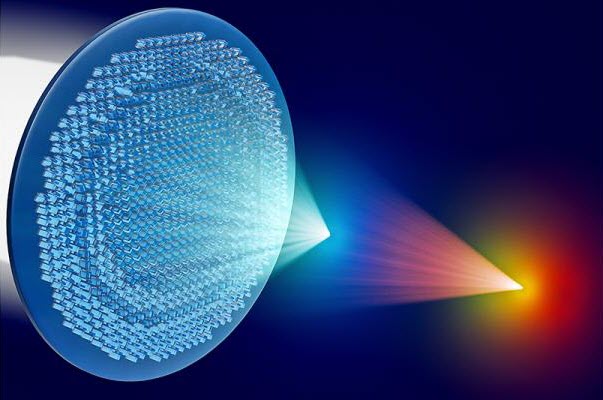 An illustration of how a metalens refracts light.
Giuseppe Strangi & Federico Capasso

Until recently, once a glass lens was shaped into a rigid curve, it could only bend the light in one way, unless combined with other lenses or physically moved, Strangi said.

Metalenses changed that, since they allow to engineer the wavefront by controlling phase, amplitude and polarization of the light.

Now, by controlling the liquid crystal, the researchers have been able move these new class of metalenses toward new scientific and technological endeavors to generate reconfigurable structured light .

"This is just the first step, but there are many possibilities for using these lenses, and we have already been contacted by companies interested in this technology," Strangi said.

The paper announcing the breakthrough was published in early August by the Proceedings of the National Academy of Sciences.

Strangi collaborated with several other researchers in the United States and Europe, including fellow Case Western Reserve researchers Andrew Lininger and Jonathan Boyd; Giovanna Palermo of Universita' della Calabria in Italy; and Capasso, Alexander Zhu, and Joon-Suh Park of the John A. Paulson School of Engineering and Applied Sciences at Harvard University.

Lininger said part of the problem with current applications of metasurfaces is that their shape is fixed at the point of production, but "by enabling reconfigurability in the metasurface, these limitations can be overcome."

Capasso, who pioneered the flat optics research field and in 2014 first published research on metalenses, credited Strangi for the idea to infiltrate the metalenses with liquid crystals and said this innovation represents a step toward even bigger things.

"Our ability to reproducibly infiltrate with liquid crystals state-of-the art metalenses made of over 150 million nanoscale diameter glass pillars and to significantly change their focusing properties is a portent of the exciting science and technology I expect to come out of reconfigurable flat optics in the future," Capasso said.