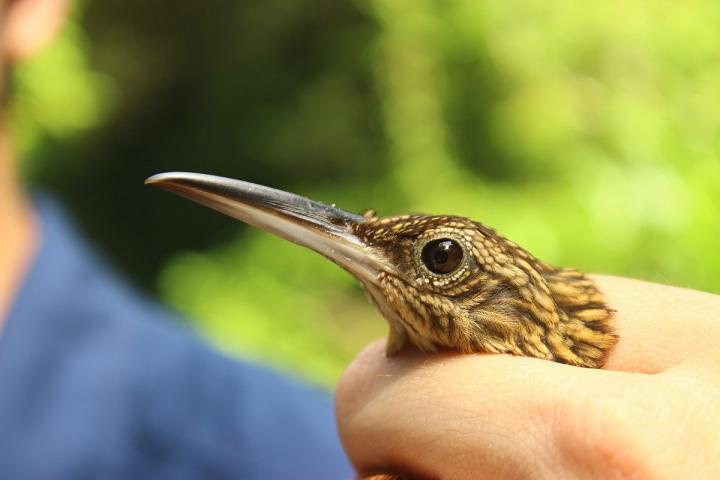 URBANA, IL — We don't know precisely how hot things will get as climate change marches on, but there's reason to believe animals in the tropics may not fare as well as their temperate relatives. Many scientists think tropical animals, because they're accustomed to a more stable thermal environment, may be pushed beyond their limits quickly as temperatures soar. And that could lead to massive species loss.

Yet, in a first-of-its-kind study, University of Illinois researchers show both temperate and tropical birds can handle acute heat stress much better than expected.

"In terms of their thermal physiology, a lot of these birds, including tropical species, can tolerate temperatures that are a lot higher than what they experience in their daily lives. That was surprising because tropical ectotherms, such as insects, have been shown to be extremely vulnerable to climate warming," says Henry Pollock, postdoctoral researcher at Illinois and first author on the study. "We're just not seeing the same things in birds. It is somewhat encouraging."

Although they observed some promising trends, the researchers caution against celebrating too soon.

"It's not necessarily comforting news. If someone walked away from this thinking tropical birds are going to do fine because they're not going to overheat, that would be a simplistic bottom line to take away from this paper," says Jeff Brawn, professor in the Department of Natural Resources and Environmental Sciences at Illinois and co-author on the study. "Warming is likely to affect tropical birds indirectly, by impacting their resources, the structure of tropical forests. So they may not be flying around panting, suffering from heat exhaustion, but there may be more indirect effects."

To test the assumption that tropical and temperate birds differ in their ability to cope with heat stress, Pollock brought 81 species from Panama and South Carolina into field labs to test their responses to rising temperatures. Using tiny sensors, he was able to detect internal body temperatures, as well as metabolic rates, when he exposed the birds to warmer and warmer environments.

Species from both temperate and tropical zones handled the rising temperatures just fine. Birds from South Carolina had a higher heat tolerance, on average, than Panamanian birds, but both groups exceeded Pollock and Brawn's expectations. And among all the birds, doves and pigeons emerged as thermal superstars. Most birds cool down by panting, but doves and pigeons take advantage of their unique-among-birds ability to "sweat." In fact, Pollock says, they exceeded the limits of his testing equipment.

Although the study provided the first-ever heat tolerance data for many bird species, the results take on more meaning when put into the context of warming projections.

"Both temperate and tropical birds were able to tolerate temperatures into the 40s [in degrees Celsius], but they only experience maximum temperatures of around 30 degrees Celsius in their everyday environments, so they have a substantial buffer," Pollock says.

In other words, even if maximum air temperatures rise three to four degrees Celsius, as projected by some scientists, that's well within the thermal safety margins of all the birds Pollock measured.

It's important to note the experiment, which measured acute heat stress, doesn't exactly replicate what's projected to happen during much more gradual climate warming. But few studies have examined the effects of chronic heat stress in birds, and having this baseline knowledge of their acute physiological limits is a good start.

"This is the first geographic comparison ever for birds. We need more data from more sites and studies of chronic heat stress over longer periods of time. But I think at the very least, what we can say is that they're able to tolerate higher temperatures than I think anybody expected," Pollock says.

Brawn adds, "We're just starting to scratch the surface of what we need to do to really understand how climate change is going to affect birds. But this is an important first step."

- This press release was originally published on the University of Illinois College of Agricultural, Consumer & Environmental Sciences website