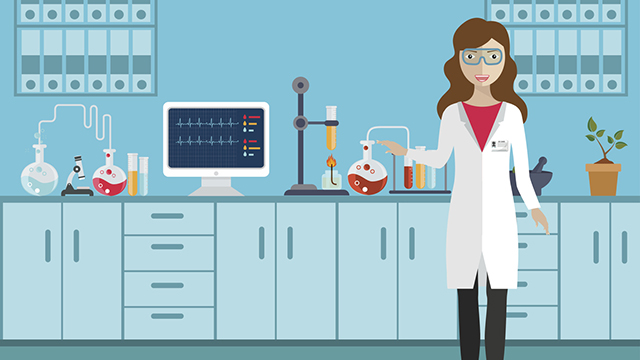 The participation of women in science has risen significantly in the United States since the 1960s. A new meta-analysis reviewed five decades of "Draw a Scientist" tests to determine whether children's drawings have mirrored that change. The study found that U.S. children and adolescents today draw female scientists more often than in earlier decades, but overall, female scientists are still depicted much less frequently than males in children's and youths' drawings.

In the 1960s and 1970s, less than one percent of U.S. children's drawings depicted a female scientist. In the 1980s and later, that percentage had risen to 28. "These findings shed light on how children learn to associate science with men and how they respond to changes in their cultural environment such as increases in women's representation in science," says David I. Miller, PhD candidate in psychology at Northwestern University, who led the study.

The researchers used literature databases such as Google Scholar to identify 78 studies of U.S. "Draw a Scientist" tests over the last 50 years. The studies included more than 20,000 children in kindergarten through 12th grade. While the first study included in the analysis collected data from 1966 to 1977, all of the other studies collected data from 1985 to 2016.

In conducting their meta-analysis of U.S. children's gender-science stereotypes linking science with men, the researchers hypothesized that these stereotypes would weaken over time as women's representation in science grew stronger and media increasingly depicted females as scientists. They found that children depicted female scientists more often in later decades.

"Given these results, girls today may develop interests in science more freely than before because children's stereotypes of scientists have become less masculine over time," explains Alice H. Eagly, professor of psychology at Northwestern University, who coauthored the study. "But because stereotypes remain, teachers and parents should present children with multiple examples of female as well as male scientists across many contexts such as in science courses, on television shows, and in informal conversations."