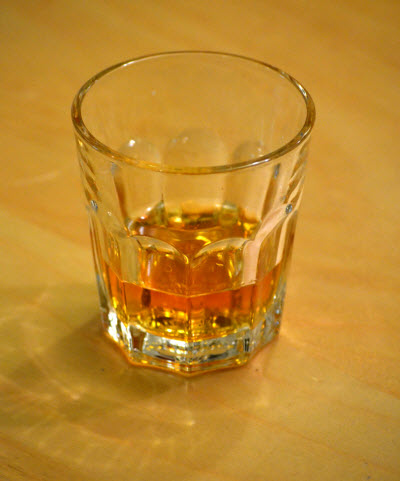 Guinnog, Wikimedia CommonsSee any ads this holiday season for alcohol? They seem to be everywhere.

It’s the time of year when many brands realize their annual sales and profit objectives because of the volume of sales driven by holiday shopping. It’s also the time when every possible medium is filled with ads for the latest and greatest gift ideas. And what better way to celebrate the season than with a gift of your dad’s favorite scotch or your aunt’s much sought after cabernet.

Statistics do show that more people are more likely to drink beyond their limits during this season than at any other time of the year. The U.S. National Institute on Alcohol Abuse and Alcoholism reports that 40 percent of traffic-related deaths during Christmas and New Year's involve drunken drivers, a 12 percent increase from the rest of the month of December.

So, that raises the question: Does increased alcohol advertising lead to overall increased consumption during this season?

With per capita consumption remaining mostly constant during the past 100 years, it seems clear that in the established, mature marketplace for alcohol, competition for a greater share of sales is intense and constant.

Advertising has become the most visible ingredient of a brand’s overall marketing strategy. Brands try to increase their revenue through stronger, more innovative marketing efforts. Thus, sales of specific brands may increase, but for the total category, sales remain flat.

In the advertising industry, part of developing a sound media strategy for a brand’s promotion is to understand what the sales patterns are for both the brand and the category in which the brand competes. For example, there are periods when beer sales are higher, and there are certain days of the week when sales of wine are greater.

Beer brands typically spend more money advertising in key sports months: September and October for the MLB playoffs as well as NCAA and NFL football season. Summer time when temperatures are higher is also a time when brand ad spending for beer is high as consumption increases during those times.

Although we observe alcohol sales being higher in and around the holiday season, consumption of these products might not occur right away. For example, January is the lowest month of sales for the liquor category.

Even though there is clear evidence that alcohol sales are higher around the holidays and that some people drink more than they do typically, an increase in advertising is not the reason there are more drunken driving arrests or issues of alcohol abuse.

A version of this op-ed appeared in the Fort Worth Star Telegram.