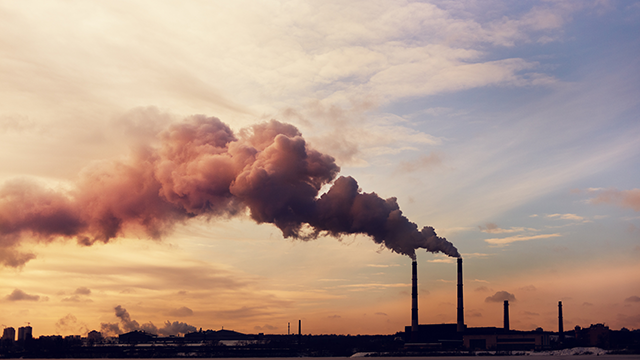 In the Optical Society (OSA) journal Optics Letters, the researchers report their approach to expand ghost imaging techniques to produce very efficient spectral measurements that reveal information about the chemical makeup of a gas molecule. They achieve this by using ghost imaging with a supercontinuum light source, to capture the wavelength-dependent light transmitted through samples and demonstrate that the technique can measure the spectral signature of the greenhouse gas methane with subnanometer resolution.

"Monitoring atmospheric greenhouse gases such as methane, carbon dioxide, nitrous oxide, and ozone is important for assessing how changing levels of these gases relates to climate change," said Caroline Amiot, a research team member from Tampere University of Technology. "In some specific circumstances, our method could enable more sensitive detection of greenhouse gases, providing more accurate information about these important chemical compounds."

Ghost imaging produces images by correlating the intensity of two light beams that, taken individually, do not carry any meaningful information on the shape of the object, but instead allow indirect inferences about its properties. This approach can eliminate some of the distortions associated with typical imaging systems in harsh environments and has been used to create high-resolution images of physical objects and, more recently, to restore scrambled ultrafast signals on picosecond timescales.

Gas molecules are often sparse and thus only change the total light transmittance by a small amount. This means that powerful light sources or extremely sensitive detectors are generally needed to detect them.

Ghost imaging creates a spectral image, which can contain the transmission or reflection spectrum of an object, by correlating two arms of a beam of light: one that encodes a random pattern that acts as a probing reference and the other that illuminates the sample. The new ghost imaging approach uses a supercontinuum light source, which emits pulses that each contain many wavelengths of light. The researchers used the random fluctuations that occur between the spectra associated with consecutive pulses to create the reference necessary for performing spectral ghost imaging.

The light transmitted through a sample is then sensed with a fast detector without spectral resolution that provides an integrated signal for all the wavelengths of the spectral bandwidth under consideration. The image starts out looking like a noisy blob, but once it is correlated with the reference spectral fluctuations, the spectral image begins to appear.

"It's possible to reconstruct the spectral image without sending large amounts of light through the sample," said Amiot. "This can be very beneficial for light-sensitive samples, for example."

Making measurements of gases in the atmosphere has traditionally required sending high-power laser light into the atmosphere, where it interacts with the gas. "In order to measure which gas is present and at what quantity, the very faint light signal that comes back must be further split into various wavelengths for detection," said Amiot. "This may be problematic when the signal is very weak. Our method detects all the wavelengths mixed together, creating a much stronger signal that allows more sensitive measurements."

The researchers tested their technique by using it to produce a spectral image of methane. The ghost imaging measurements perfectly reproduced the series of discrete absorption lines that are the fingerprints of methane and matched well with more conventional direct spectroscopy measurements that the researchers performed for comparison.

The researchers are now working on controlling the spectral fluctuations using pre-programmable light sources that would remove the need to measure the reference spectral patterns. They are also working towards using spectral-domain ghost imaging with an optical coherence tomography setup, which could allow sensitive information to be gained from tissue or other biological samples without using damaging amounts of light.