Paris and London – Ynsect—the global leader in the mass-scale breeding of insects for the animal feed markets—announced Dec. 15 that it has closed a $15.2m Series B round led by Future Positive Capital and Bpifrance Ecotechnologies, with participation from existing investors Emertec, Demeter, Vis Vires New Protein Capital, and Business Angels. This latest round brings the cumulative amount Ynsect has raised, from private and public sources, to $37m over the last three years—the largest-ever investment in the sector.

The announcement comes as EU member states this week endorsed a European Commission proposal to allow the wider use of insect proteins in animal feed. A vote taken on Tuesday, during a session of the EU Standing Committee on Plants, Animals, Food and Feed (SCoPAFF), clears the way for insect proteins to be used in fish feed in Europe from July 2017. An industry game-changer, the decision was brought about in large part thanks to the advocacy work of the International Platform for Insects for Food and Feed (IPIFF), of which Ynsect’s CEO Antoine Hubert is president.

Related Article: Insects as the Food of the Future

Ynsect farms and transforms insects into a high-quality natural diet for livestock and pet nutrition. With cutting-edge R&D, patented technologies and a world-leading multidisciplinary team, whose skills range from physiological entomology to biochemistry through robotics and IT, Ynsect was founded on a single visionary idea: placing insect-derived protein at the heart of the agri-food system to sustainably address the growing global demand for meat and fish.

“Few people today are aware of how the animals they eat have been fed,” explains Ynsect CEO Antoine Hubert, who cofounded the company in September 2011 alongside Alexis Angot, Jean-Gabriel Levon, and Fabrice Berro. “In fact, farmed animals mostly consume GM soya, grains, and sometimes poultry feather meal, as well as fish meal. It was fish meal, in particular, which caught our attention.

“Fish meal is derived from catches of small fish, the global supply of which is under duress due to overfishing. In turn, that’s causing severe depletion of ocean biodiversity, and leading to food safety concerns due to the high content of heavy metals which bio-accumulate within dwindling fish stocks.”

While insects account for a significant share of the diets of fish, birds, and mammals in the wild, the same isn’t true of their farmed equivalents, Antoine Hubert continues. “At Ynsect, we produce insect proteins that can change this unnatural and unsustainable situation. We can now feed animals with a higher quality and more nutritious diet, while reducing the amount of fish meal they consume. Crucially, we can also combine this with far greater sustainability.”

Ynsect’s main product today is known as ‘TMP’—Tenebrio molitor protein—a de-fatted protein meal made of farmed mealworm larvae. To date, TMP is the only insect protein that shows considerable benefits to animal growth and health, when fish meal is substituted with TMP in their diets.

The company has designed proprietary technology to farm mealworm larvae, as well as other insects. Automation and machine-learning software are connected to sensors embedded in the farm, to ensure the highest-possible welfare standards for the insects, while promoting animal growth and safeguarding operators’ health. As well as owning the leading patent portfolio in the sector globally, Ynstitute—as Ynsect’s headquarters and R&D centre is known—is the largest private research facility in this field worldwide.

Antoine Hubert and the team will use the investment to increase capacity at Ynsite, Ynsect’s pilot centre in Jura, France, and to begin preparatory engineering work on the world’s largest insect unit that will have the capacity to produce at least 20,000 metric tons of insect protein a year.

The company’s initial focus has been on early-adopter fish feed and pet food companies, for whom the superior quality and 72 percent protein content of Ynsect’s TMP—which is the same protein level as that of the highest-grade fish meal—is a major selling point. Once Ynsect’s new unit begins production, the team expects several large animal feed players to become customers.

“The four of us started the company because we wanted to improve a global food system that is unsustainable and leading to a host of undesired impacts, including growing greenhouse gas emissions, the collapse in oceanic biodiversity, and anxieties over food safety and security,” says Antoine Hubert. “That’s why we’re so delighted that some of the most renowned and innovative investors in the food tech and clean tech sectors, Future Positive Capital and Bpifrance Ecotechnologies, are joining us to help make our vision—of insects playing the same leading role in the global food system as they occupy in the wild—a reality.”

Sofia Hmich, founder of Future Positive Capital, says: “This investment shows our long-term commitment to finding and supporting companies who are tackling intractable global challenges head on, with world-beating IP and flawless execution. We’re so excited for Antoine and his team, and looking forward to seeing Ynsect grow into a major global agro-food player.” (Sofia Hmich has published a post that highlights her investment thesis about Ynsect.)

Gilles Schang, deputy managing director of ecotechnology investments at Bpifrance Investment, adds: “Ynsect is a true pioneer in breeding insects for animal feed and has established itself as the frontrunner in the rapid development of this market. We are delighted to be positioning ourselves alongside the company’s founders and management in order to make Ynsect the global leader of disruptive agro-food technologies and to deploy worldwide the expertise they have developed in France.”

Ynsect was advised for this fundraising round by Alantra. 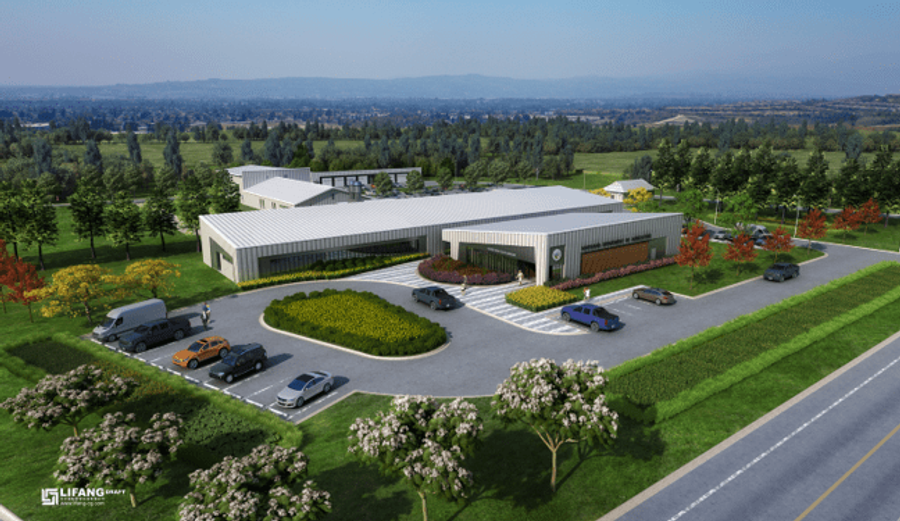