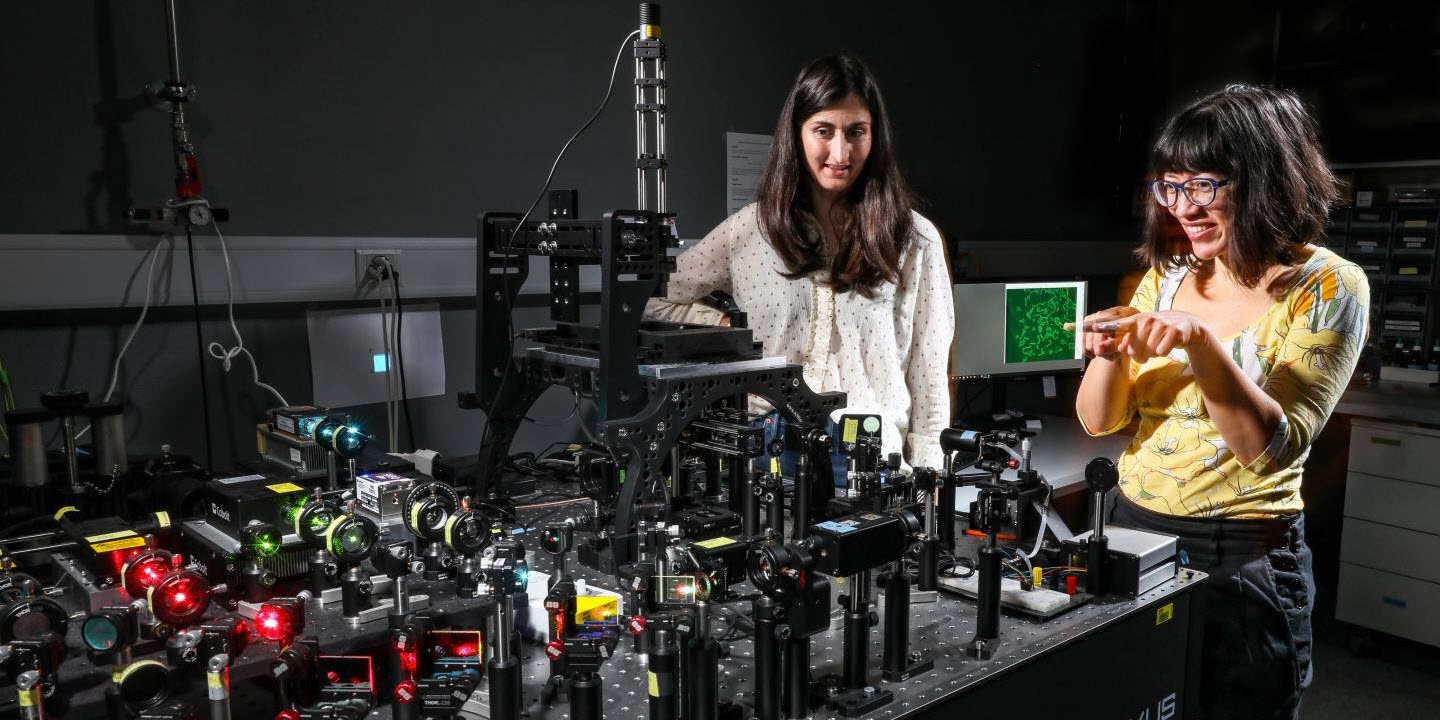 Mitochondria are present in all eukaryotic cells: in our cells, in mammalian cells, in the cells of plants and even of fungi. Mitochondria produce energy for cells to function as multicellular organisms, and are known as the "powerhouses" of the cell. Inside mitochondria lie the genetic information for making this energy.

Ecole Polytechnique Fédérale de Lausanne (EPFL) biophysicist Suliana Manley and her team collaborated with Jean-Claude Martinou's cell biology group from the University of Geneva to look deep within living cells. Inside mitochondria there rests RNA granules that are smaller than the diffraction limit of light, i.e. smaller than one one-thousandth the width of a strand of hair. Using super-resolution microscopy, they discovered that mitochondrial RNA's are packaged into tiny liquid droplets that can fuse together and break apart. The results are published in the Sept. 28 issue of Nature Cell Biology.

What led the scientists to inspect RNA granules is linked to the unique identity of mitochondria. In fact, the mitochondrial genome is independent of the cell's genome, so the genetic identity of the mitochondria is separate from the genetic identity of the cell and the rest of the organism. Mitochondria's genome is only around 16 thousand base pairs long whereas the DNA of the human cell, more than 100,000 times as long, consists of 3 billion base pairs. The mitochondria's genome is inherited from the maternal lineage, so the way your cells produce energy essentially comes from your mother. Mitochondria is hypothesized to have its origins in bacteria: 1.5 billion years ago during the course of evolution, bacteria may have been engulfed by another cell to start an endo-symbiotic relationship; with time, the bacteria evolved to become this highly specialized organelle that produces energy for the cell.