ANN ARBOR, Mich. — For people with weight problems, news headlines in recent years may have brought relief, as researchers studying the microscopic creatures inside our bodies reported possible links between obesity and an out-of-whack balance of microbes.

Recent findings suggest there’s much more complexity when it comes to the relationship between our microbiome and our health.Photo courtesy of the University of Michigan Health SystemBut a new study, done by pooling data from most of those studies, throws cold water on the idea that extra pounds may stem from an imbalance of the bacteria inside us.

In fact, the study published in the journal mBio finds, there’s no clear common characteristic of the microbe populations, or microbiomes, in the digestive systems of obese people that makes them different from the microbiomes of those with a healthy weight.

This lack of a clear ‘signature’ across more than 1,000 volunteers in ten of the largest studies done to date may not please overweight people. It may also disappoint the companies that sell them products aimed at altering the gut’s microscopic population through fiber, nutrients, and ‘good’ bacteria.

Still, according to the researchers from the University of Michigan Medical School, this finding’s actually exciting. It means that there’s much more complexity—and therefore much more to learn—when it comes to the relationship between our microbiome and our health.

The researchers have created an open online site where other researchers can see how they did what they did, and add more data from gut microbiome studies in obese and non-obese people to continue the search for any links.

As more data gets added, the trustworthiness of the findings will only grow. And perhaps specific linkages and signatures will be found in future.

Marc Sze, PhD, the U-M postdoctoral research fellow who published the analysis with his mentor, U-M microbiology professor Patrick Schloss, PhD, says the scale of the obesity problem means it’s that much more important to be certain about the science.

“Obesity is currently a health risk of epidemic proportions, and many have suggested that the bacterial microbiome is not only different between obese and non-obese but also can predict obesity,” says Sze. “We wanted to see if this was really what the existing literature suggested, since these claims could have a lot of positive impact on the management of this epidemic if true.”

Adds Schloss, “In the end, we found that there are no clear signatures or predictors of obesity across the microbiome data reported thus far, and that if there is any signature at all, related to diversity of microbes it’s not biologically useful. This is a cautionary tale that points to the need to do more work to clarify what we know and don’t know.” 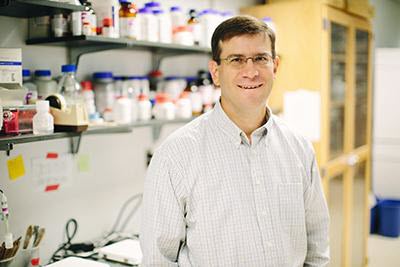 Patrick Schloss, PhDPhoto courtesy of the University of Michigan Health SystemThe idea that obesity and imbalanced microbiomes are linked started with research in animals, and the observation that obese animals tended to have a certain ratio of two groups of bacteria species. That led to the studies in humans—some of them with just a few dozen participants—that grabbed headlines in recent years.

But people and rodents bred for laboratory use are very different, and large samples of people are needed to say anything definitive about human health and its link to the microbiome.

Sze and Schloss used machine-learning computing tools developed in Schloss’s lab over recent years to perform the analysis. This included a program called mothur that gives microbiome researchers a free open-source tool for studying the vast amount of data that can emerge from microbiome studies.

They created a classification model that takes into account all the data about the different microbe species present in an individual’s microbiome, and other information. They then tried to use it to predict whether that individual was obese or not.

“There really is no one ‘healthy’ microbiome,” says Schloss. “You could look at hundreds of people and they could all have very different populations of microbes in their guts. So the idea that we can correct your microbiome by doing one simple thing also doesn’t hold up.”

That said, generally accepted healthy eating habits that give gut microbes lots of fiber and nutrients to chew on can’t hurt, he adds.

The team is developing a similar tool for use in evaluating the gut microbiome’s possible links to colon cancer. Earlier this year, they published results from an analysis of several hundred people, and showed that their tool has reasonable accuracy in detecting microbiome signatures that are more common in people with colon cancer than those without.

“We will continue to apply these approaches to look at the microbiome and colorectal cancer,” says Sze. “We also want to take the lessons that we earned from working with large data sets and apply them to our research on how the bacterial microbiome in families might have an impact on inherited colorectal cancers.”

Ultimately, the goal of this work could be a new diagnostic tool to detect colon cancer or cancer risk from a stool sample.

Another potential area for study is not the diversity of microbes present in the gut, but rather the extent to which they are producing the breakdown products of their role in the digestive process. These molecules, called metabolites, may form a more meaningful signature of microbe activity.

No matter what, Schloss says, the important thing in all microbiome work is to not take exciting initial results as the final word. “We need to move the science forward and think more critically about the results we get,” he says of all microbiome scientists. “There’s a need to cross-validate, and to understand that we might get different results with different populations.”

The research was funded by the National Institutes of Health (AI2425501, DK034933, and GM116149). Schloss is a member of the Host Microbiome Initiative at the U-M Medical School.