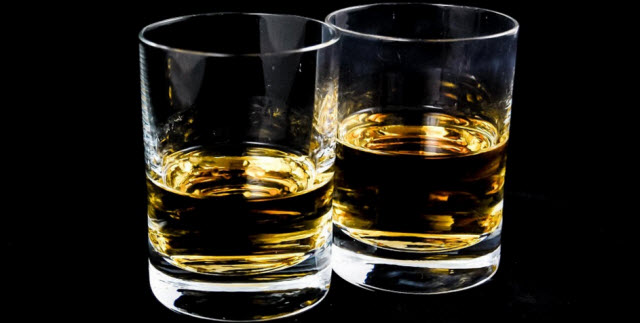 New analysis has taken a deeper look at those studies, 87 in all. It has found that many were flawed, with designs suggesting benefits where there were likely none.

PISCATAWAY, NJ - Many people believe a glass of wine with dinner will help them live longer and healthier—but the scientific evidence is shaky at best, according to a new research analysis. The findings, published in the March 2016 issue of the Journal of Studies on Alcohol and Drugs, may sound surprising: Countless news stories have reported on research tying moderate drinking to a range of health benefits—including a lower heart disease risk and a longer life.

But the new analysis took a deeper look at those studies, 87 in all. And it found that many were flawed, with designs suggesting benefits where there were likely none. 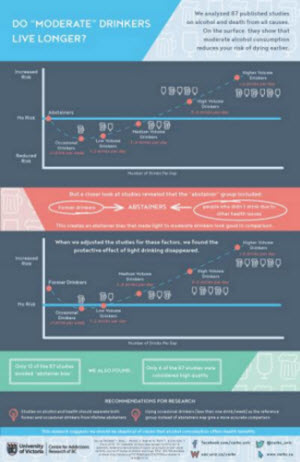 We analyzed 87 published studies on alcohol and death from all causes. This research suggests we should be skeptical of claims that alcohol consumption offers health benefits.Image Courtesy of: University of Victoria, Centre for Addictions Research of BCA key issue is how studies have defined "abstainers," explained Tim Stockwell, Ph.D., the lead researcher on the analysis and director of the University of Victoria's Centre for Addictions Research in British Columbia, Canada.

Most often, studies have compared moderate drinkers (people who have up to two drinks per day) with "current" abstainers. The problem is that this abstainer group can include people in poor health who've cut out alcohol.

"A fundamental question is, who are these moderate drinkers being compared against?" Stockwell said.

When his team corrected for those abstainer "biases" and certain other study-design issues, moderate drinkers no longer showed a longevity advantage. Further, only 13 of the 87 studies avoided biasing the abstainer comparison group—and these showed no health benefits.

What's more, Stockwell said, before those corrections were made, it was actually "occasional" drinkers—people who had less than one drink per week—who lived the longest. And it's unlikely that such an infrequent drinking would be the reason for their longevity.

"Those people would be getting a biologically insignificant dose of alcohol," Stockwell said.

In addition, he noted, studies have linked moderate drinking to an implausibly wide range of health benefits. Compared with abstainers, for instance, moderate drinkers have shown lower risks of deafness and even liver cirrhosis.

"Either alcohol is a panacea," Stockwell said, "or moderate drinking is really a marker of something else."

The study did not look at whether certain types of alcohol, such as red wine, are tied to longer life. But if that were the case, Stockwell said, it would be unlikely that the alcohol content itself deserved the credit.

"There's a general idea out there that alcohol is good for us, because that's what you hear reported all the time," Stockwell said. "But there are many reasons to be skeptical."