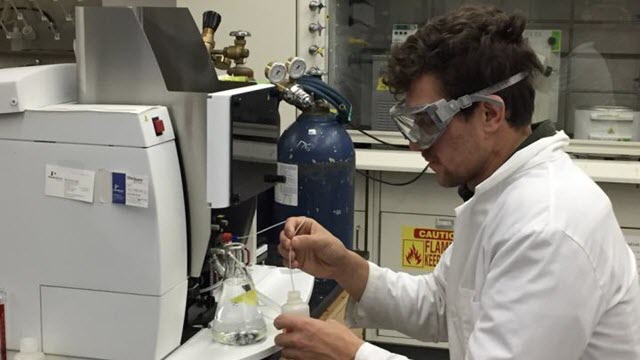 A study published in Environmental Toxicology and Chemistry underscores that the release of pollutants in one region can have implications beyond its borders; emphasizing the dire need for global collaboration on environmental issues. The study suggests that coal-burning activities in the Asia-Pacific region have influenced environmental conditions in the United States Pacific Northwest.

It is well established that concentrations of substances in sediment or ice cores as a function of depth can reveal what was present in the atmosphere in the area across a number of previous years. Given that, to evaluate the extent and source of pollutants coming into the Pacific Northwest, scientists from Whitman College analyzed the concentrations of coal-related metals and metalloids in sediment layers in Deep Lake, located in northeastern Washington state (USA).

The researchers found that arsenic, barium, selenium and mercury (all coal-related elements) in sedimentary deposits from Deep Lake have increased over recent years. Most notably, they showed that mercury deposition has increased by around 400-fold between 1996 and 2014, while barium, selenium, and arsenic increased 956-fold, 2.4-fold and 1.3-fold respectively. This was thought to be attributed to coal burning.

Lead author professor Frank Dunnivant explained that while atmospheric inputs of mercury can be natural (from volcanoes), other studies have shown human activities contribute at least 52 percent of mercury to the atmosphere. Further, a review of Asian coal consumption data and weather patterns suggests these metals originated from coal-burning activities in the Asia-Pacific region. This is not surprising given the fact that Chinese coal consumption has quadrupled since 1975, nearly tripling from 1998 to 2013 alone, according to the National Bureau of Statistics of China. Coal-burning is known to release natural elements such as mercury, barium, selenium, and arsenic to the atmosphere if stack exhaust is not captured and mitigated.

These findings emphasize the need for global cooperation to improve environmental conditions. They also show the interconnectedness of human impact. Hyper-civilization and western consumer patterns that have driven increased industrialization, without due environmental controls in some regions, are not without consequence to the west.