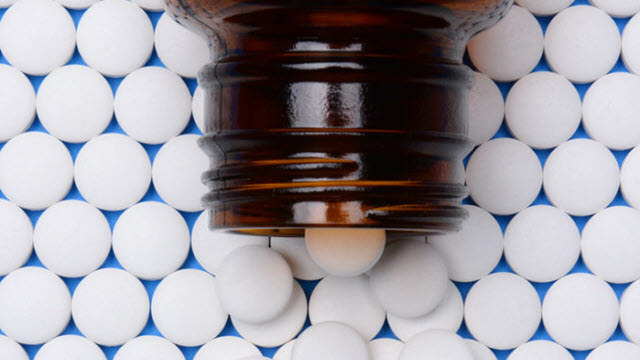 The jury is still out on whether people at moderate risk of a first heart attack or stroke should take daily aspirin to lower their risk, according to late breaking results from the ARRIVE study presented this week in a Hot Line Session at ESC Congress 2018 and with simultaneous publication in the Lancet.

Professor J. Michael Gaziano, principal investigator, of the Brigham and Women's Hospital, Boston, US, said: "Aspirin did not reduce the occurrence of major cardiovascular events in this study. However, there were fewer events than expected, suggesting that this was in fact a low risk population. This may have been because some participants were taking medications to lower blood pressure and lipids, which protected them from disease."

The benefit of aspirin for preventing second events in patients with a previous heart attack or stroke is well established. Its use for preventing first events is controversial, with conflicting results in previous studies and recommendations for and against its use in international guidelines. Recommendations against its use cite the increased risk of major bleeding.

A total of 12,546 participants were enrolled from primary care settings in the UK, Poland, Germany, Italy, Ireland, Spain, and the US. Participants were randomly allocated to receive a 100 mg enteric-coated aspirin tablet daily or placebo. The median follow-up was 60 months. The primary endpoint was time to first occurrence of a composite of cardiovascular death, myocardial infarction, unstable angina, stroke, and transient ischaemic attack.

All safety analyses were conducted according to intention-to-treat. Gastrointestinal bleedings, which were mostly mild, occurred in 61 (0.97percent) individuals in the aspirin group versus 29 (0.46 percent) in the placebo group (HR 2.11, 95percent CI 1.36-3.28, p=0.0007). The overall incidence of adverse events was similar between treatment groups. Drug-related adverse events were more frequent in the aspirin (16.75percent) compared to placebo (13.54 percent) group (p<0.0001), the most common being indigestion, nosebleeds, gastro-esophageal reflux disease, and upper abdominal pain.

Professor Gaziano said: "Participants who took aspirin tended to have fewer heart attacks, particularly those aged 50-59 years, but there was no effect on stroke. As expected, rates of gastrointestinal bleeding and some other minor bleedings were higher in the aspirin group, but there was no difference in fatal bleeding events between groups."

He concluded: "The decision on whether to use aspirin for protection against cardiovascular disease should be made in consultation with a doctor, considering all the potential risks and benefits."