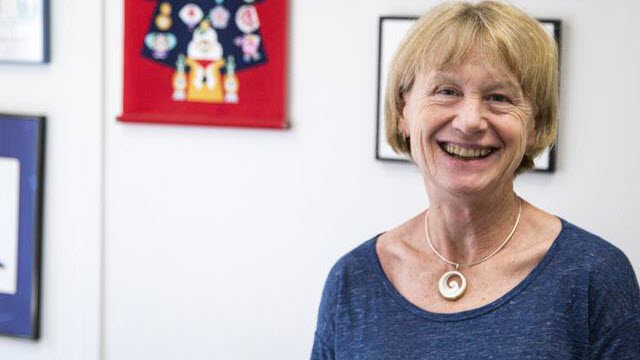 Researchers at University of California San Diego School of Medicine, Scripps Institution of Oceanography, and international collaborators have evidence that Kawasaki Disease (KD) does not have a single cause. By studying weather patterns and geographical distributions of patients in San Diego, the research team determined that this inflammatory disease likely has multiple environmental triggers influenced by a combination of temperature, precipitation, and wind patterns. Results will be published in the November 12 online edition of Scientific Reports.

"We are seeing firsthand evidence of these weather patterns in San Diego, where eight children have recently been diagnosed with Kawasaki Disease. Recent low pressure systems in San Diego have been associated with two distinct clusters of the disease," said Jane C. Burns, MD, pediatrician at Rady Children's Hospital-San Diego and director of the Kawasaki Disease Research Center at UC San Diego School of Medicine. "Our research is pointing towards an association between the large-scale environment, what's going on with our climate on a large scale, and the occurrence of these clusters."

Burns and her team examined 1,164 cases of KD treated at Rady Children's Hospital over 15 years. Noticeable clusters of KD cases were often associated with distinct atmospheric patterns that are suspected to transport or concentrate agents that result in KD. Days preceding and during the KD clusters exhibited higher than average atmospheric pressure and warmer conditions in Southern California, along with a high pressure feature south of the Aleutian Islands.

"For the first time, we have evidence that there is more than one trigger for Kawasaki Disease. Up until now, scientists have been looking for one 'thing' that triggers KD," said Burns. "Now we see that there are distinct clusters of the disease with different patterns suggesting varying causes."

Gene expression analysis further revealed distinct groups of KD patients based on their gene expression pattern, and that the different groups were associated with certain clinical characteristics.

"Our data suggest that one or more environmental triggers exist, and that episodic exposures are influenced at least in part by regional weather conditions. We propose that characterization of the environmental factors that trigger KD in genetically susceptible children should focus on aerosols inhaled by patients who share common disease characteristics," said Burns who has studied KD for more than 35 years.

Although KD is estimated to affect fewer than 6,000 children in the U.S. each year, the incidence is rising in San Diego County. While the average incidence per 100,000 children less than five years of age residing in San Diego County was approximately 10 for the decade of the 1990s, the estimate from 2006 to 2015 was 25.5. This increase may be attributed to the efforts of the KD team at Rady Children's Hospital to teach local physicians how to diagnose KD. Or it may be due to increasing exposure to the environmental triggers of the disease.

Prevalence rates of KD are increasing among children in Asia. Japan has the highest incidence rate, with more than 16,000 new cases per year. One in every 60 boys and one in every 75 girls in Japan will develop KD during childhood.

Incidence rates in the U.S. are approximately 19 to 25 cases per 100,000 children under age five—but are higher in children of Asian descent. Predictive models estimate that by 2030, one in every 1,600 American adults will have been affected by the disease.

Turn off the Alzheimer's Disease

Turn off the Alzheimer's Disease