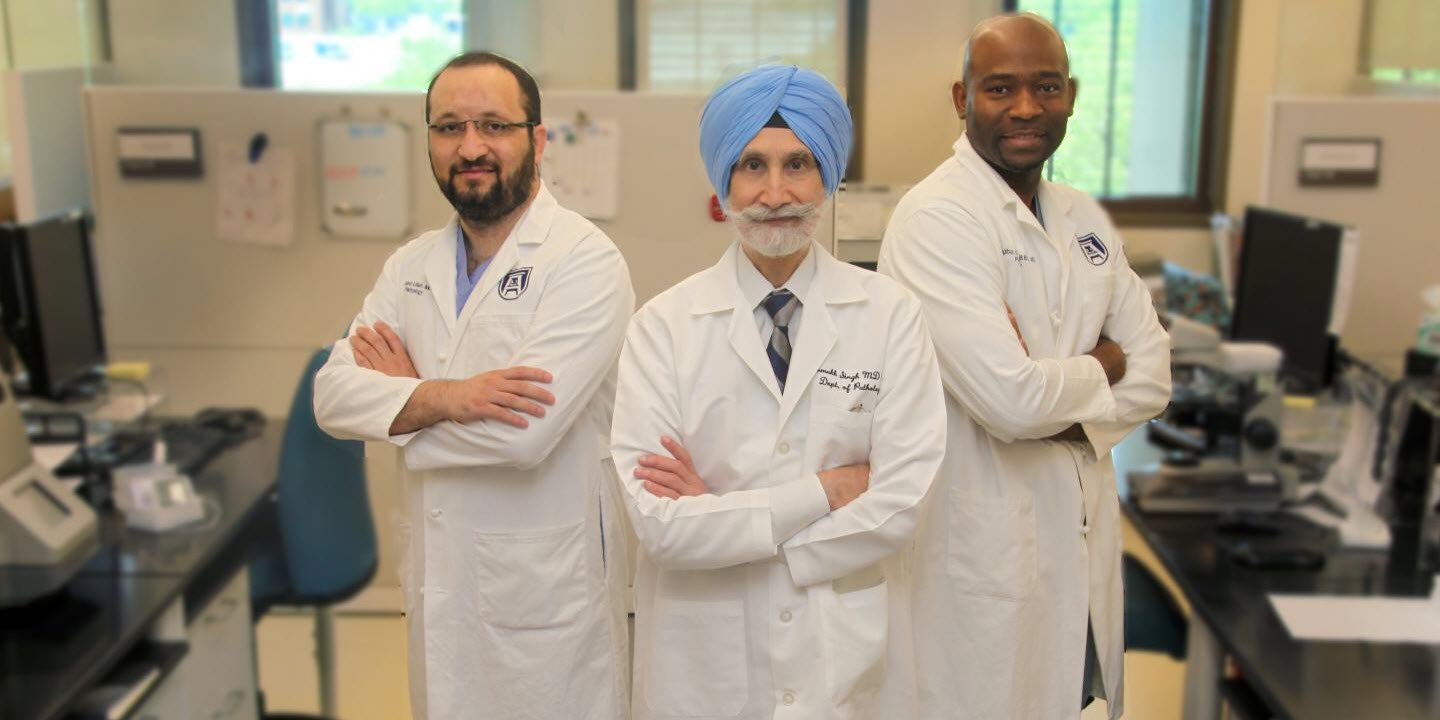 AUGUSTA, GA — December 1, 2020 — Results of standard laboratory tests performed on adult outpatients to provide an overall picture of their health are fairly consistent between those with obesity and their leaner counterparts, investigators report.

The finding negates one rationale behind what's called the "obesity paradox," which is that people with obesity are known to be at increased risk for a host of health problems like diabetes and hypertension, but tend to do better with these conditions than their leaner peers, including when they get admitted to critical care for reasons like heart attack or stroke.

One thought was that patients with obesity end up in intensive care sooner because their laboratory results were already out of line with their thinner peers, and these acute health events push them higher, they report in The Journal of Applied Laboratory Medicine.

"People who have obesity also have more hypertension, they get more diabetes, they get more cerebrovascular events like stroke and more heart attacks, but when they have these problems they tend to do better than when thin people get them," says Dr. Gurmukh Singh, vice chair of the Medical College of Georgia Department of Pathology and the study's corresponding author.

"We thought maybe laboratory tests would help provide an explanation," Singh says. "But they didn't."

In fact, investigators found the only significantly different lab values between the outpatients with obesity and those of normal weight was that those with uncomplicated obesity had fairly consistently higher levels of triglycerides, a fat, or lipid, in the blood, that indicates risk for heart and other blood vessel disease, and lower levels of high density lipoprotein, or HDL, cholesterol, which is considered protective of cardiovascular disease. Low HDL and high triglycerides are both linked to higher risk of death from cardiovascular diseases like heart attack, heart failure, and stroke.

While what their findings do mean is not completely clear, they could indicate, that often regardless of lab results, individuals with obesity are sent to intensive care sooner, perhaps because of an unconscious bias, Singh says.

Just why they tend to do better in intensive care remains a mystery, and became the focus of this study by MCG investigators who compared results from a common, comprehensive metabolic profile—things like total cholesterol, blood glucose levels, and indicators of the health of white and red blood cells—on 522 adult outpatients at AU Medical Center, the adult hospital affiliated with MCG, who were either normal weight or varying degrees of overweight.

Patients who were chronically or acutely ill were not included during the one-month testing timeframe, and the investigators looked at four categories of body mass index, or BMI, a measure of body fat based on height and weight including: 18.5 to 25, considered normal weight; 25.1 to 30, considered overweight; 30.1 to 35 and greater than 35, both considered obese, by the National Heart, Lung and Blood Institute. They did not factor in whether fat was fairly evenly distributed across the body or if it was more concentrated in the abdomen and abdominal cavity, called visceral adiposity, which is considered more inflammatory and dangerous.

Their premise was that people with overweight or obesity would have higher or more abnormal baseline laboratory results than their leaner peers generally, and it would take a smaller pathologic insult—like a heart attack or stroke—to push their lab values to the point that merited critical care. In other words: they looked sicker quicker, got intensive care faster and their outcome looked better.

However their findings were inconsistent with that theory and "effectively rules out this explanation of the obesity paradox," they write.

Health care providers were not surveyed about their attitudes toward patients with obesity for the study, but Singh says there may be a bias, albeit an unconscious bias, that may result in people with obesity being admitted to intensive care sooner than their trimmer counterparts, potentially because they are generally considered more difficult to manage. That bias could create an artifact of better outcomes, he and his colleagues write, and constitute an actual reason for some of the obesity paradox.

Other theories are that people with obesity have greater fat reserve to see them through critical illness and that some of their "leaner" peers have actually lost a lot of weight because of illness so are really emaciated, not trim. For that reason, the investigators excluded individuals who had more than a 10 percent weight loss or gain in the prior three months.

Next steps might include a difficult study to manage: blinding health care providers to a patient's weight so only other health parameters, like objective lab values, are used to determine who gets admitted to intensive care and when, Singh says.

- This press release was originally published on Augusta University's Jag Wire news site. It has been edited for style