HOUSTON, TX — October 29, 2020 — Plastic waste comes back in black as pristine graphene, thanks to ACDC.

That's what Rice University scientists call the process they employed to make efficient use of waste plastic that would otherwise add to the planet's environmental woes. In this instance, the lab of Rice chemist James Tour modified its method to make flash graphene to enhance it for recycling plastic into graphene.

Basically, instead of raising the temperature of a carbon source with direct current, as in the original process, the lab first exposes plastic waste to around eight seconds of high-intensity alternating current, followed by the DC jolt.

The products are high-quality turbostratic graphene, a valuable and soluble substance that can be used to enhance electronics, composites, concrete and other materials, and carbon oligomers, molecules that can be vented away from the graphene for use in other applications.

Flash graphene made from plastic by a Rice University lab begins as post-consumer plastic received from a recycler. It is then mixed with carbon black and processed into turbostratic graphene via timed pulses of AC and DC electricity.
Tour Group/Rice University

"We produce considerable amount of hydrogen, which is a clean fuel, in our flashing process," said Rice graduate student and lead author Wala Algozeeb.

Tour estimated that at industrial scale, the ACDC process could produce graphene for about $125 in electricity costs per ton of plastic waste.

"We showed in the original paper that plastic could be converted, but the quality of the graphene wasn't as good as we wanted it to be," Tour said. "Now, by using a different sequence of electrical pulses, we can see a big difference."

He noted most of the world's plastic recycling technologies are ineffective, and that only about nine percent of produced plastic is recycled. Most notorious, Tour said, is an island of plastic waste the size of Texas that has formed in the Pacific Ocean.

"We have to deal with this," he said. "And there's another problem: Microbes in the ocean that convert carbon dioxide into oxygen are being hindered by plastic breakdown products and they're reversing the process, taking oxygen and converting it to carbon dioxide. That's going to be really bad for humans." 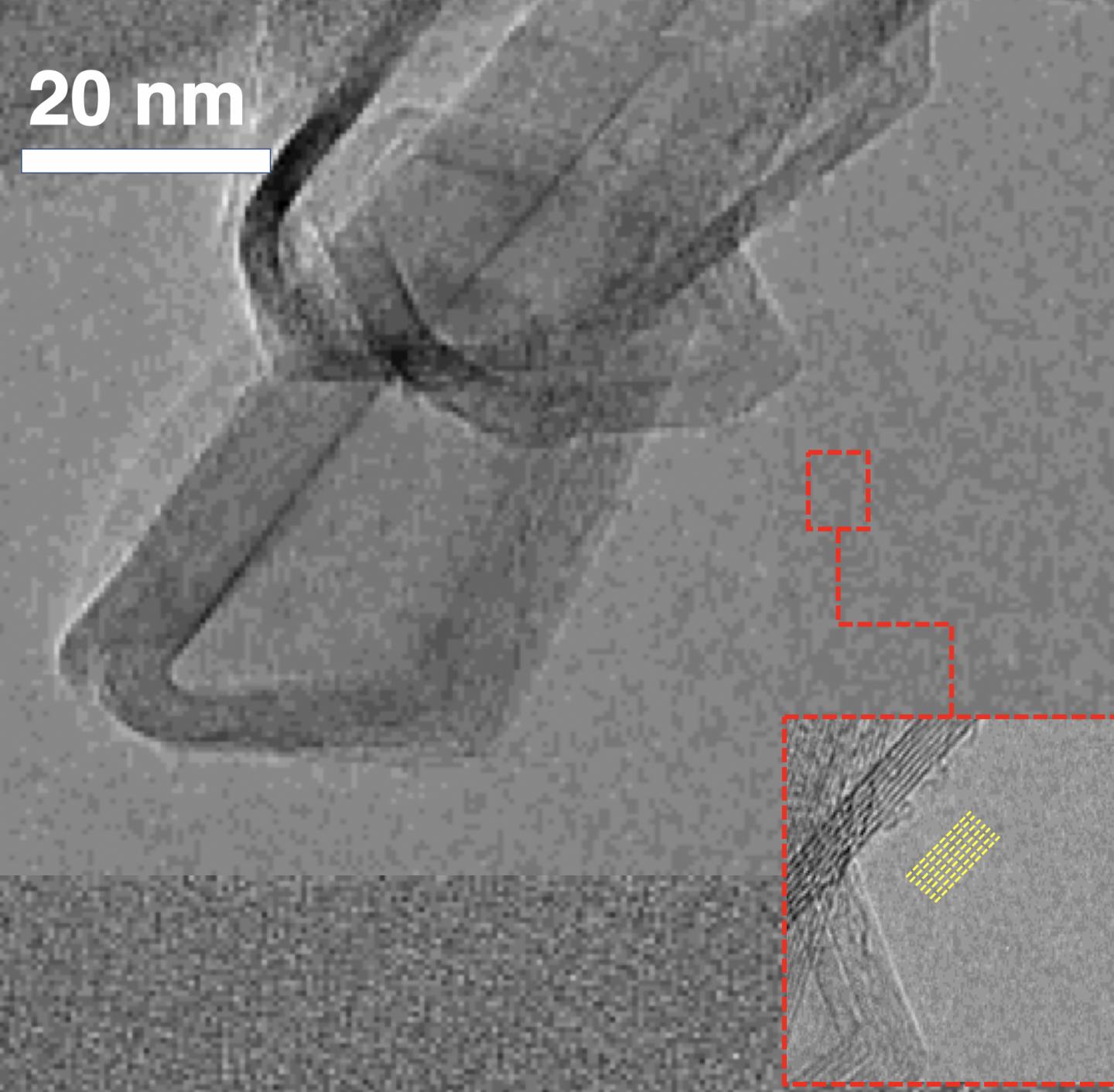 Tour noted flash joule conversion eliminates much of the expense associated with recycling plastic, including sorting and cleaning that require energy and water. "Rather than recycling plastic into pellets that sell for $2,000 a ton, you could be upcycling to graphene, which has a much higher value," he said. "There's an economic as well as an environmental incentive."

Despite the overwhelming amount of plastic feedstock, having too much graphene won't be a problem, Tour said. "Whatever you do with carbon, once you've taken it up out of the ground from oil or gas or coal, it ends up in the carbon dioxide cycle," he said. "The nice thing about graphene is its biological degradation under many conditions is very slow, so in most cases it doesn't reenter the carbon cycle for hundreds of years."

He noted the researchers are working to refine the flash graphene process for other materials, especially for food waste. "We're working toward generating a good pulse sequence to convert food waste into very high-quality graphene with as little emission as possible," he said. "We're employing machine learning programs to help us know where to go."

The new study follows another recent paper that characterizes flash graphene produced from carbon black via direct current joule heating. That paper, also in ACS Nano, combined microscopy and simulations to show two distinct morphologies: turbostratic graphene and wrinkled graphene sheets. The study described how and why the rearranged carbon atoms would take one form or the other, and that the ratio can be controlled by adjusting the duration of the flash.