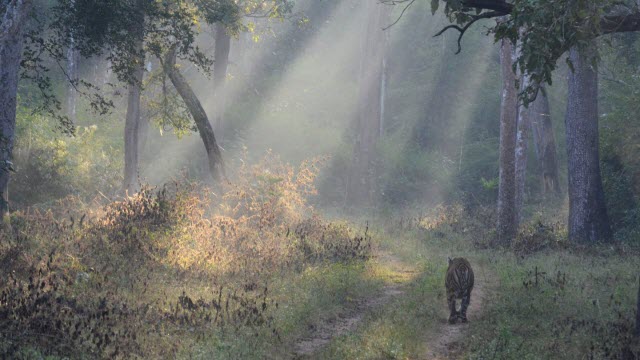 A new paper finds that trends toward population stabilization, poverty alleviation, and urbanization are rewriting the future of biodiversity conservation in the 21st century, offering new hope for the world's wildlife.Photo credit: Cristian Samper

NEW YORK (April 23, 2018) — A new Wildlife Conservation Society (WCS) paper published in the journal BioScience finds that the enormous trends toward population stabilization, poverty alleviation, and urbanization are rewriting the future of biodiversity conservation in the 21st century, offering new hope for the world's wildlife and wild places.

The paper, written by Eric Sanderson, WCS senior conservation ecologist; Joe Walston, WCS vice president for field conservation; and John Robinson, WCS executive vice president for global conservation, says that for the first time in the Anthropocene, the global demographic and economic trends that have resulted in unprecedented destruction of the environment are now creating the necessary conditions for a possible renaissance of nature.

Most people think that the population of people on Earth will always rise, but these authors point out that the demographic transition is already well underway. The rate of growth in global population has been dropping since the 1960s. They cite new demographic research that suggests the world population in 2100 could be as high as 12 billion or as low as 7 billion, fewer people than are alive today. The difference depends on actions we take today.

Good urbanization is key. Cities lead people to choose to have smaller families, and the increased income urbanites derive from working in town mean that people can choose to conserve nature, not destroy it, through choices about what they buy and how they live.

These considerations lead the authors to suggest that within our generation, or the generation to follow, if society makes the right moves now, there could be possibilities for rewilding unimaginable to previous generations of conservationists.

They call their thinking "From Bottleneck to Breakthrough." Recognition of the massive demographic, economic, and urbanization trends suggest that conservation will best succeed if we protect the world's threatened wildlife and wild places through the bottleneck; create safe, attractive, sustainable cities; encourage better consumer choices by costing in the environmental benefits or harms of different resources and pollutants; and by inspiring all people and all institutions of the world to care for, rather than destroy, the natural bases of life on Earth.

Said lead author Eric Sanderson: "A light is appearing at the end of the tunnel, but for that light to be sunshine and not a train, it is critical that the world's nations act now."