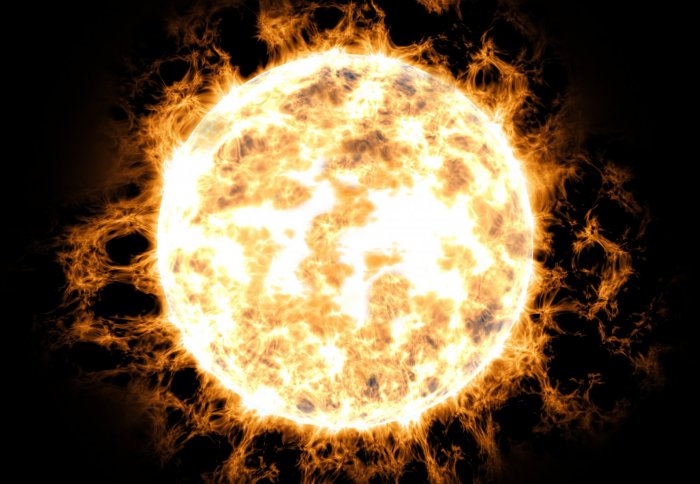 Theoretical physicists from Imperial College London have devised an extremely rapid heating mechanism that they believe could heat certain materials to ten million degrees in much less than a million millionth of a second.

The method, proposed here for the first time, could be relevant to new avenues of research in thermonuclear fusion energy, where scientists are seeking to replicate the Sun’s ability to produce clean energy.

The heating would be about 100 times faster than rates currently seen in fusion experiments using the world’s most energetic laser system at the Lawrence Livermore National Laboratory in California. The race is now on for fellow scientists to put the team’s method into practice.

Researchers have been using high-power lasers to heat material as part of the effort to create fusion energy for many years. In this new study, the physicists at Imperial were looking for ways to directly heat up ions – particles which make up the bulk of matter.

When lasers are used to heat most materials, the energy from the laser first heats up the electrons in the target. These in turn heat up the ions, making the process slower than targeting the ions directly.

The Imperial team discovered that when a high-intensity laser is fired at a certain type of material, it will create an electrostatic shockwave that can heat ions directly. Their discovery is published today in the journal Nature Communications.

“It’s a completely unexpected result. One of the problems with fusion research has been getting the energy from the laser in the right place at the right time. This method puts energy straight into the ions,” said the paper’s lead author, Dr Arthur Turrell.

Normally, laser-induced electrostatic shockwaves push ions ahead of them, causing them to accelerate away from the shockwave but not heat up. However, using sophisticated supercomputer modelling, the team discovered that if a material contains special combinations of ions, they will be accelerated by the shockwave at different speeds.

This causes friction, which in turn causes them to rapidly heat. They found that the effect would be strongest in solids with two ion types, such as plastics.

“The two types of ions act like matches and a box; you need both,” explained study co-author Dr Mark Sherlock from the Department of Physics at Imperial. “A bunch of matches will never light on their own - you need the friction caused by striking them against the box.”

“That the actual material used as a target mattered so much was a surprise in itself,” added study co-author Professor Steven Rose. “In materials with only one ion type, the effect completely disappears.”

The heating is so fast in part because the material targeted is so dense. The ions are squeezed together to almost ten times the usual density of a solid material as the electrostatic  shockwave passes, causing the frictional effect to be much stronger than it would be in a less-dense material, such as a gas.

The technique, if proven experimentally, could be the fastest heating rate ever demonstrated in a lab for a significant number of particles.

“Faster temperature changes happen when atoms smash together in accelerators like the Large Hadron Collider, but these collisions are between single pairs of particles,” said Dr Turrell. “In contrast the proposed technique could be explored at many laser facilities around the world, and would heat material at solid density.”