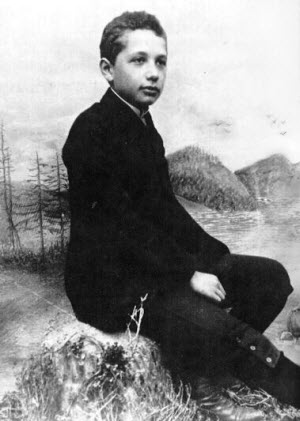 Albert Einstein in 1893 (age 14).Photo courtesy of Wikimedia CommonsWASHINGTON — High school students may improve their science grades by learning about the personal struggles and failed experiments of great scientists such as Albert Einstein and Marie Curie, according to new research published by the American Psychological Association.

In the study, 402 9th- and 10th-grade students from four New York City high schools in low-income areas of the Bronx and Harlem were divided into three groups. The control group read an 800-word typical science textbook description about the great accomplishments of Einstein, Curie, and Michael Faraday, an English scientist who made important discoveries about electromagnetism.

At the end of a six-week grading period, students who learned about the scientists’ intellectual or personal struggles had significantly improved their science grades, with low-achievers benefiting the most. The students in the control group who only learned about the scientists’ achievements not only didn’t see a grade increase, they had lower grades than the previous grading period before the study began. The research, which was supported by a grant from the National Science Foundation, was published online in the Journal of Educational Psychology®.

“When kids think Einstein is a genius who is different from everyone else, then they believe they will never measure up,” said lead researcher Xiaodong Lin-Siegler, PhD. “Many students don’t realize that all successes require a long journey with many failures along the way.” 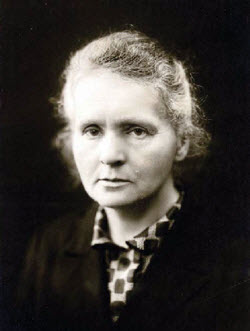 Marie CuriePhoto courtesy of Wikimedia CommonsStudents who read about the scientists’ intellectual or personal struggles were more likely to say the famous scientists were people, like themselves, who had to overcome failure and obstacles to succeed. Students in the control group more often believed the great scientists had innate talent and a special aptitude for science.

The study suggests that science textbooks should highlight the struggles of great scientists and provide more vivid narrative descriptions of the techniques that scientists used to overcome challenges, said Lin-Siegler, an associate professor of cognitive studies at Columbia University’s Teachers College.

“Many kids don’t see science as part of their everyday lives. We teach them important content, but we never bring it to life,” she said. “Our science curriculum is impersonal, and kids have a hard time relating to it because they just see a long list of facts that they have to memorize.”

The study included a diverse sample of students: 37 percent Latino, 31 percent black, 11 percent biracial, 8 percent Asian, 7 percent white, and 5 percent other. Almost one in five students was born outside the United States, and a third spoke English only half the time or less at home. Almost three-quarters of the students came from low-income families.