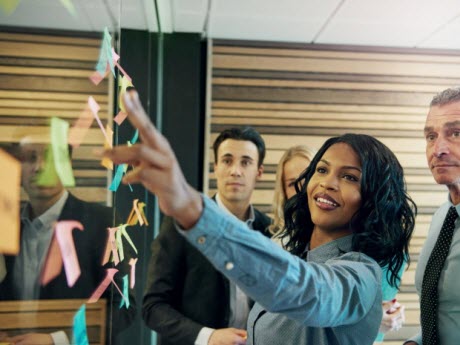 “We know that women are underrepresented in fields whose members believe you have to be brilliant to succeed,” explains Andrei Cimpian, an associate professor in New York University’s Department of Psychology and the study’s senior author. “These findings reveal one reason why this is the case: when certain fields or jobs are linked to intellectual talent or brilliance, which is seen as a masculine trait in our culture, women’s interest declines.”

“These messages also undermine women’s sense of how they might fit in with others—their sense of belonging in the field—and cause women to be uncertain about their chances of success,” adds first author Lin Bian, a visiting researcher at NYU and doctoral student at the University of Illinois at the time of the study and now a postdoctoral researcher at Stanford University.

The study also included Sarah-Jane Leslie, a professor of philosophy at Princeton University, and Mary Murphy, an associate professor in the Department of Psychological and Brain Sciences at Indiana University.

“In earlier work, we found that girls start to associate ‘smartness' with boys by the time they are six years old,” said co-author Leslie, the Class of 1943 Professor of Philosophy and director of the Program in Linguistics and the Program in Cognitive Science at Princeton University. “These new findings show that the effects of these stereotypes persist over time, continuing to shape women’s educational and career trajectories well into adulthood.”

In their new Journal of Experimental Social Psychology study, the researchers conducted a series of experiments that included male and female university undergraduates as well as a set of subjects recruited using Amazon’s “Mechanical Turk,” a tool in which individuals are compensated for completing small tasks and is frequently used in running behavioral science studies.

In these experiments, subjects were asked about their interest in different majors, jobs, and internships in areas such as STEM, business, social sciences, and the humanities. Subjects were randomly assigned to receive different descriptions of these opportunities. For instance, some subjects were told that these career pursuits required “brilliant” or “intelligent” people, while others were told that “motivated” or “passionate” individuals were sought.

Overall, these experiments found that women showed less interest in career areas that were linked to “brilliance” relative to other traits, such as dedication. Men, however, did not generally show differential interest in these areas. The results also pointed to the “brilliance = men” stereotype as a reason for these gender differences.

Next, the researchers investigated a number of alternative explanations. Were stereotypes to blame for the gender differences, or something else? For example, the researchers asked whether women may not have expressed an interest in the “brilliance” opportunities simply because they worried they would be perceived as boastful—as bragging about their intelligence. The results did not support this interpretation, nor any of the other alternative explanations examined.

The data for the study may be downloaded here.

“Signaling that one’s field, job, or company is only for the most brilliant people out there may inadvertently turn away many qualified people that happen to belong to groups that our society deems less than brilliant,” Cimpian observes. “Because our culture associates high-level intellectual talent with men rather than women, women exposed to messages that evoke a ‘culture of genius’ often infer that they will encounter a less-than-welcoming environment in these fields—that they won't fit in and be accepted and successful.

“De-emphasizing the role of brilliance in achieving success may be one way to reduce the impact of the cultural prototype of the ‘brilliant person’ on women’s interest and involvement. Our findings showed that when the same opportunities—majors, internships, and jobs—were described as requiring dedication and effort instead of brilliance, women’s interest remained high.”