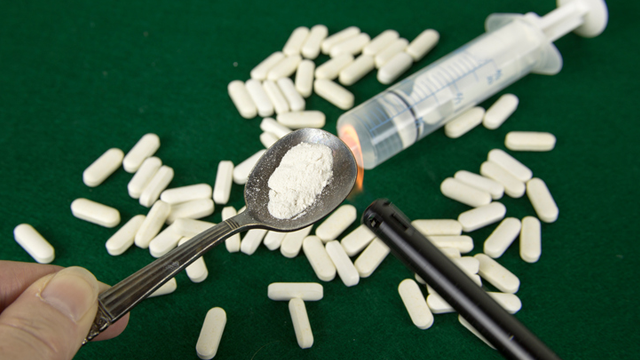 Fentanyl is one of the most potent forms of opioid, and is often laced into street drugs, making it difficult for street users to ascertain their potency and therefore the potential for overdosing.

A study to assess the feasibility of checking illicit street drugs for fentanyl found that low-cost test strips detect the presence of fentanyl with a high degree of accuracy, and that the vast majority of people who use street drugs are interested in using drug checking to help prevent overdoses.

The study, known as the FORECAST study, was conducted by researchers at the Johns Hopkins Bloomberg School of Public Health and Rhode Island Hospital/Brown University, with support from the Bloomberg American Health Initiative. The initial findings indicate that drug checking presents an opportunity for a public health approach to the fentanyl overdose crisis.

The results will be presented for discussion at a meeting with scientists and practitioners at Johns Hopkins Bloomberg School of Public Health on February 7, 2018 at 10:00 a.m. A webcast of the discussion will be available here.

In 2016, overdoses claimed more than 64,000 lives, and all indications are that the 2017 numbers will be even greater. Fentanyl, a synthetic opioid that is 50 to 100 times more potent than morphine, is the primary cause of the rapid increase in overdose deaths, and responsible for approximately 20,000 of the 2016 overdose deaths.

Fentanyl and its associated analogues have been found mixed with heroin and cocaine, and pressed into counterfeit prescription drugs.

“We are at a pivotal moment in the overdose epidemic, and we need to embrace the full range of interventions that can save lives,” says Susan Sherman, PhD, MPH, professor in the Bloomberg School’s Department of Health, Behavior and Society and study co-author. “Our findings bring to the table evidence that can inform a public health approach to the fentanyl crisis. Smart strategies that reduce harm can save lives.”

The technologies were tested in lab settings and compared to a gold standard for this type of testing, a gas chromatograph-mass spectrometer.

For each technology, the lab testing determined the lowest concentration (or percent amount for the Bruker Alpha) that could be detected (known as the detection limit), as well as the ability to detect fentanyl when it was present (sensitivity) and when it was not present (specificity) in street drug samples provided for this research study by the Baltimore and Providence Police Departments.

“The strips are appealing because they are so low threshold and have the highest sensitivity, specificity, and level of detection,” says Sherman. “However, I wouldn’t rule out the Bruker, even though it is costlier. It would work best in a fixed site with a trained person to operate it.”

The technologies were tested in lab settings and compared to a gold standard for this type of testing, a gas chromatograph-mass spectrometer. The BTNX fentanyl testing strips, which are based on an immunoassay to detect the presence or absence of fentanyl, were found to be the most accurate at detecting fentanyl.

In the study’s second phase, researchers conducted anonymous surveys with 335 people who use drugs in Baltimore, Providence, and Boston. In Baltimore, the researchers used drug arrest data to determine hotspots, and recruited participants in these areas from a mobile research van. In Providence and Boston, participants were recruited from syringe exchange and other harm reduction service provider locations.

The survey found that 84 percent of respondents were concerned that the drugs they use contain fentanyl, and only about one in four stated a preference for drugs with fentanyl. Drug checking was viewed as an important means of overdose prevention, with 89 percent agreeing that it would make them feel better about protecting themselves from overdose. Importantly, 70 percent of respondents reported that knowing that their drugs contained fentanyl would lead them to modify their behavior. This could include not using the drugs, using the drugs more slowly, using the drugs with others who have naloxone or changing their purchasing behaviors.

The study’s third phase consisted of interviews with 32 key informants from organizations that work with people who use drugs to explore their interest in implementing drug checking services in their organization and potential barriers to doing so. Informants overwhelmingly support the concept of drug checking in order to provide people who use drugs with more information to keep themselves safe, and to provide another potential point of engagement to help those people access services. However, they also had questions related to the logistics and legality of implementing a drug checking program.

Visit here for more information about the FORECAST study, and click here to view the results in greater detail.

The study results are being released in advance of journal publication because of the urgency of the fentanyl overdose crisis.