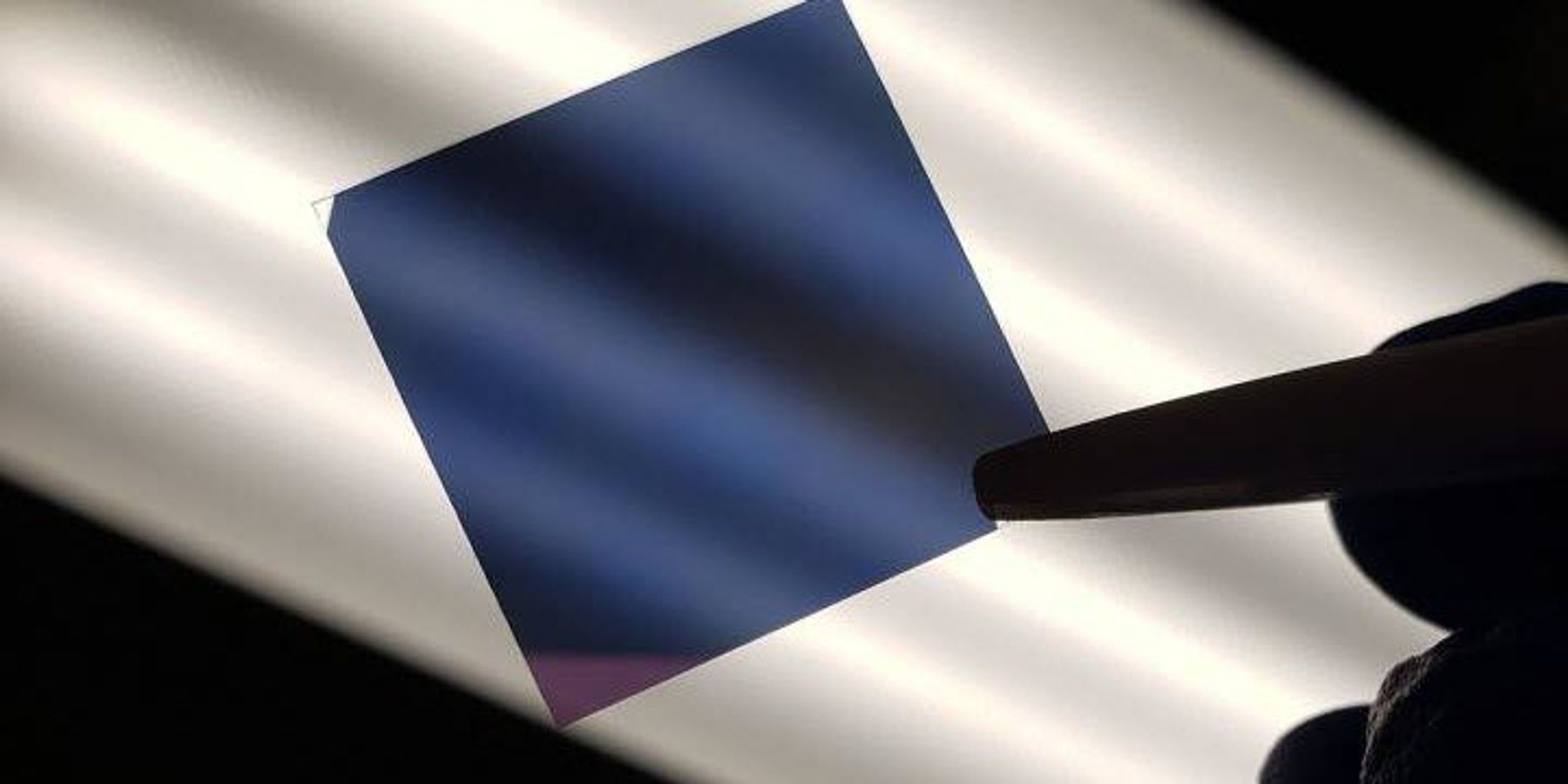 Electrical engineers at the University of California San Diego developed a technology that improves the resolution of an ordinary light microscope so that it can be used to directly observe finer structures and details in living cells.

The technology turns a conventional light microscope into what's called a super-resolution microscope. It involves a specially engineered material that shortens the wavelength of light as it illuminates the sample—this shrunken light is what essentially enables the microscope to image in higher resolution.

"This material converts low resolution light to high resolution light," said Zhaowei Liu, a professor of electrical and computer engineering at UC San Diego. "It's very simple and easy to use. Just place a sample on the material, then put the whole thing under a normal microscope—no fancy modification needed."

The work, which was published in Nature Communications, overcomes a big limitation of conventional light microscopes: low resolution. Light microscopes are useful for imaging live cells, but they cannot be used to see anything smaller. Conventional light microscopes have a resolution limit of 200 nanometers, meaning that any objects closer than this distance will not be observed as separate objects. And while there are more powerful tools out there such as electron microscopes, which have the resolution to see subcellular structures, they cannot be used to image living cells because the samples need to be placed inside a vacuum chamber.

"The major challenge is finding one technology that has very high resolution and is also safe for live cells," said Liu. 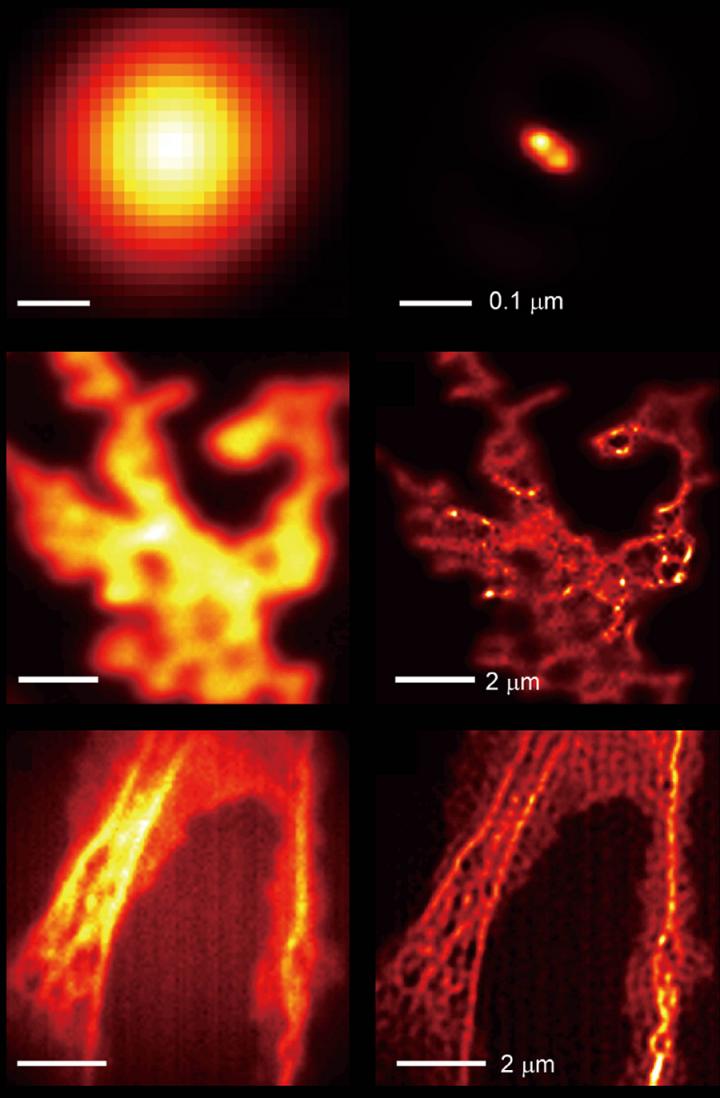 The technology that Liu's team developed combines both features. With it, a conventional light microscope can be used to image live subcellular structures with a resolution of up to 40 nanometers.

The technology consists of a microscope slide that's coated with a type of light-shrinking material called a hyperbolic metamaterial. It is made up of nanometers-thin alternating layers of silver and silica glass. As light passes through, its wavelengths shorten and scatter to generate a series of random high-resolution speckled patterns. When a sample is mounted on the slide, it gets illuminated in different ways by this series of speckled light patterns. This creates a series of low resolution images, which are all captured and then pieced together by a reconstruction algorithm to produce a high resolution image.

The researchers tested their technology with a commercial inverted microscope. They were able to image fine features, such as actin filaments, in fluorescently labeled Cos-7 cells—features that are not clearly discernible using just the microscope itself. The technology also enabled the researchers to clearly distinguish tiny fluorescent beads and quantum dots that were spaced 40 to 80 nanometers apart.

- This press release was originally published on the UC San Diego Jacobs School of Engineering website. It has been edited for style