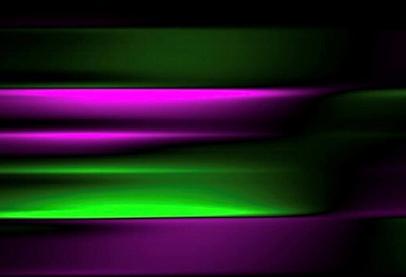 Magnetic field data that shows the formation and decay of the excitons generated by singlet fission.Credit: A. Asadpoor Darvish, McCamey LabResearchers at Columbia University have developed a way to harness more power from singlet fission to increase the efficiency of solar cells, providing a tool to help push forward the development of next-generation devices.

In a study published this month in Nature Chemistry, the team details the design of organic molecules that are capable of generating two excitons per photon of light, a process called singlet fission. The excitons are produced rapidly and can live for much longer than those generated from their inorganic counterparts, which leads to an amplification of electricity generated per photon that is absorbed by a solar cell.

"We have developed a new design rule for singlet fission materials," said Luis Campos, an associate professor of chemistry and one of three principal investigators on the study. "This has led us to develop the most efficient and technologically useful intramolecular singlet fission materials to date. These improvements will open the door for more efficient solar cells."

All modern solar panels operate by the same process—one photon of light generates one exciton, Campos explained. The exciton can then be converted into electric current. However, there are some molecules that can be implemented in solar cells that have the ability to generate two excitons from a single photon—a process called singlet fission. These solar cells form the basis for next-generation devices, which are still at infancy. One of the biggest challenges of working with such molecules, though, is that the two excitons "live" for very short periods of time (tens of nanoseconds), making it difficult to harvest them as a form of electricity.

In the current study, funded in part by the Office of Naval Research, Campos and colleagues designed organic molecules that can quickly generate two excitons that live much longer than the state-of-the-art systems. It is an advancement that can not only be used in next-generation solar energy production, but also in photocatalytic processes in chemistry, sensors, and imaging, Campos explained, as these excitons can be used to initiate chemical reactions, which can then be used by industry to make drugs, plastics, and many other types of consumer chemicals.

"Intramolecular singlet fission has been demonstrated by our group and others, but the resulting excitons were either generated very slowly, or they wouldn't last very long," Campos said. "This work is the first to show that singlet fission can rapidly generate two excitons that can live for a very long time. This opens the door to fundamentally study how these excitons behave as they sit on individual molecules, and also to understand how they can be efficiently put to work in devices that benefit from light-amplified signals."

The team's design strategy should also prove useful in separate areas of scientific study and have many other yet-unimaginable applications, he added.