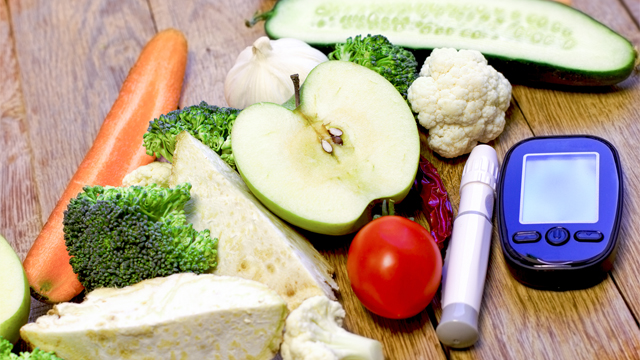 Artificial intelligence (AI) researchers at Stevens Institute of Technology have developed a system that can detect when a person is eating and calculate how many carbohydrates they are consuming with unprecedented accuracy and speed. The work provides a significant advance for people who wear continuous glucose monitors as part of their diabetes treatment, allowing insulin to be administered closer to the time when it's actually needed, reducing dangerous swings in blood glucose levels.

"This brings us a step closer to the holy grail—an 'artificial pancreas' that can quickly detect glucose changes, and correct them with an insulin pump, without the user having to do anything," said Samantha Kleinberg, a wearable technologies expert and computer scientist at Stevens whose work appears in the Sept. 27 advanced online issue of the Journal of the American Medical Informatics Association.

Over the past 20 years, continuous glucose monitoring, or CGM, systems and insulin pumps have revolutionized at-home care for millions of people with diabetes, reducing the need for painful pinprick tests and manual insulin injections. However, this process is still cumbersome. People with diabetes must input the number of carbohydrates to be eaten; the CGM detects changes in glucose levels; then patients manage the insulin dose to counterbalance carbohydrates in the meal—usually one unit of insulin for every 15 grams of carbohydrates to be eaten, although this varies by patient depending on insulin sensitivity.

Announcing a meal is a significant burden as it must be done for every single meal and snack, and can lead to insulin dosing administered incorrectly. Past meal-detection systems have also focused on predicting changes in glucose levels, but Kleinberg and her team, including Min Zhen and Baohua Ni, took a different approach.

Instead of forecasting glucose variations directly, their meal-detection system compares variances in CGMs and physical activity data with the kinds of variances that would be expected from a range of different meals. "We're simulating all the different kinds of meals a person could be eating, and using those simulations to explain the data coming in from the sensors," explained Kleinberg.

The system's estimates about a person's meals are remarkably accurate: carbohydrate intake can be modeled accurately to within 1.2 grams, versus an average error rate of more than 17 grams in the best previous systems.

Just as importantly, the system's estimates happen very quickly—sometimes while a person is still eating—allowing insulin to be administered closer to the time when it's actually needed. On average, the system can detect meals within 25 minutes—much faster than the 48 minutes needed by the best previous systems.

For now, though, the focus is on using bigger data sets to develop more accurate simulations. The published results were based on three days of data for each participant. Kleinberg is now working to develop algorithms that improve over time, growing faster and more accurate as they learn about their user's dietary habits and physiological responses.

The system could also monitor the effects of different insulin doses, notifying users when they miss a dose or helping to fine-tune dosage levels. "Missed insulin with meals is a major problem," Kleinberg said. "If we can detect the size of a meal, we can offer suggestions about how much insulin is needed in response."

With 629 million people likely to be diagnosed with diabetes by 2050, continuous glucose monitoring systems are expected to be increasingly widely used in coming years. While more testing is needed, Kleinberg hopes to make her team's system freely available, allowing diabetes patients to upgrade the open-source software that controls their continuous glucose monitor system and insulin pumps.