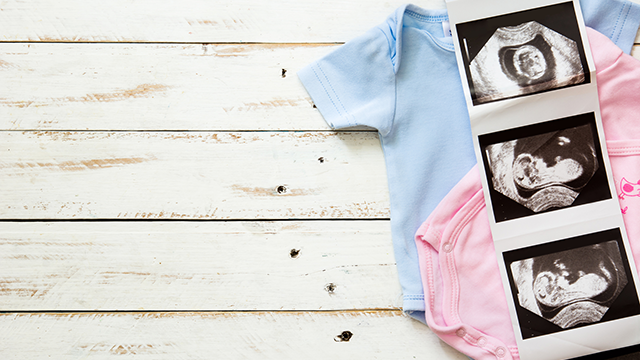 Medical researchers at Melbourne's Murdoch Children's Research Institute have made a new discovery about how a baby's sex is determined—it's not just about the X-Y chromosomes, but involves a "regulator" that increases or decreases the activity of genes that decide if we become male or female.

The study, 'Human Sex Reversal is caused by Duplication or Deletion of Core Enhancers Upstream of SOX9' has been published in the journal Nature Communications. MCRI researcher and Hudson Institute PhD student, Brittany Croft, is the first author.

"The sex of a baby is determined by its chromosome make-up at conception. An embryo with two X chromosomes will become a girl, while an embryo with an X-Y combination results in a boy," Croft said.

"The Y chromosome carries a critical gene, called SRY, which acts on another gene called SOX9 to start the development of testes in the embryo. High levels of the SOX9 gene are needed for normal testis development.

"However, if there is some disruption to SOX9 activity and only low levels are present, a testis will not develop resulting in a baby with a disorder of sex development."

Lead author of the study, professor Andrew Sinclair, said that 90 percent of human DNA is made up of so called "junk DNA or dark matter," which contains no genes but does carry important regulators that increase or decrease gene activity.

"These regulatory segments of DNA are called enhancers," he said. If these enhancers that control testis genes are disrupted it may lead to a baby being born with a disorder of sex development."

Professor Sinclair, who is also a member of the Pediatrics Department of the University of Melbourne, said this study sought to understand how the SOX9 gene was regulated by enhancers and whether disruption of the enhancers would result in disorders of sex development.

"We discovered three enhancers that, together ensure the SOX9 gene is turned on to a high level in an XY embryo, leading to normal testis and male development," he said.

Ms Croft said human sex reversal such as seen in these cases is caused by gain or loss of these vital enhancers that regulate the SOX9 gene; consequently, these three enhancers are required for normal testes and male development."

"This study is significant because in the past researchers have only looked at genes to diagnose these patients, but we have shown you need to look outside the genes to the enhancers," Ms Croft said.

Professor Sinclair said that across the human genome there were about one million enhancers controlling about 22,000 genes.

"These enhancers lie on the DNA but outside genes, in regions previously referred to as junk DNA or dark matter," he said. "The key to diagnosing many disorders may be found in these enhancers which hide in the poorly understood dark matter of our DNA."