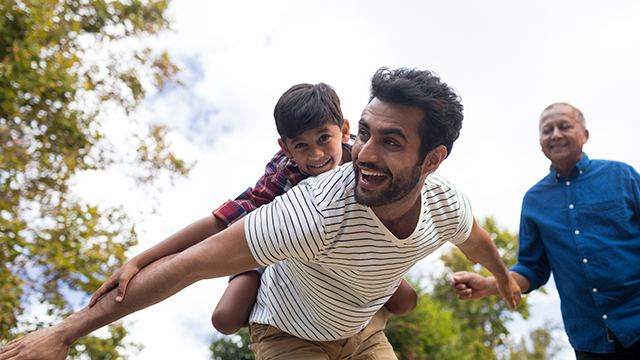 Men's testosterone levels are largely determined by their environment during childhood, according to new research.

The Durham University-led study suggests that men who grow up in more challenging conditions where there are lots of infectious diseases, for example, are likely to have lower testosterone levels in later life than those who spend their childhood in healthier environments.

The study, published in Nature Ecology and Evolution, challenges the theory that testosterone levels are controlled by genetics or race.

As high testosterone levels potentially lead to an increased risk of prostate enlargement and cancer, the researchers suggest that any screening for risk profiles may need to take a man's childhood environment into account.

The researchers say the differences are linked to energy investment as it may only be possible to have high testosterone levels if there are not many other demands placed on the body such as fighting off infections. In environments where people are more exposed to disease or poor nutrition, developing males direct energy toward survival at the cost of testosterone.

Lead author of the study, Dr Kesson Magid from Durham University's Department of Anthropology (UK), said: "A man's absolute levels of testosterone are unlikely to relate to their ethnicity or where they live as adults but instead reflect their surroundings when they were children."

Men with higher levels of testosterone are at greater risk of potentially adverse effects of this hormone on health and aging. Very high levels can mean increased muscle mass, increased risk of prostate diseases, and have been linked to higher aggression. Very low testosterone levels in men can include lack of energy, loss of libido and erectile dysfunction. The testosterone levels of the men in the study were, however, all in a range that would unlikely have an impact on their fertility.

Co-author professor Gillian Bentley from Durham University, commented: "Very high and very low testosterone levels can have implications for men's health and it could be important to know more about men's childhood circumstances to build a fuller picture of their risk factors for certain conditions or diseases."

Aspects of male reproductive function remain changeable into adolescence, up to the age of 19 and are more flexible in early rather than late childhood, according to the research. However, the study suggests that, in adulthood, men's testosterone levels are no longer heavily influenced by their surroundings.

Bentley and colleagues have also previously found that the environment in which girls grow up can affect their hormone levels, fertility and risk levels for reproductive cancers as adults.

Best Practices to Foster Rigorous Compliance in the Lab

Best Practices to Foster Rigorous Compliance in the Lab