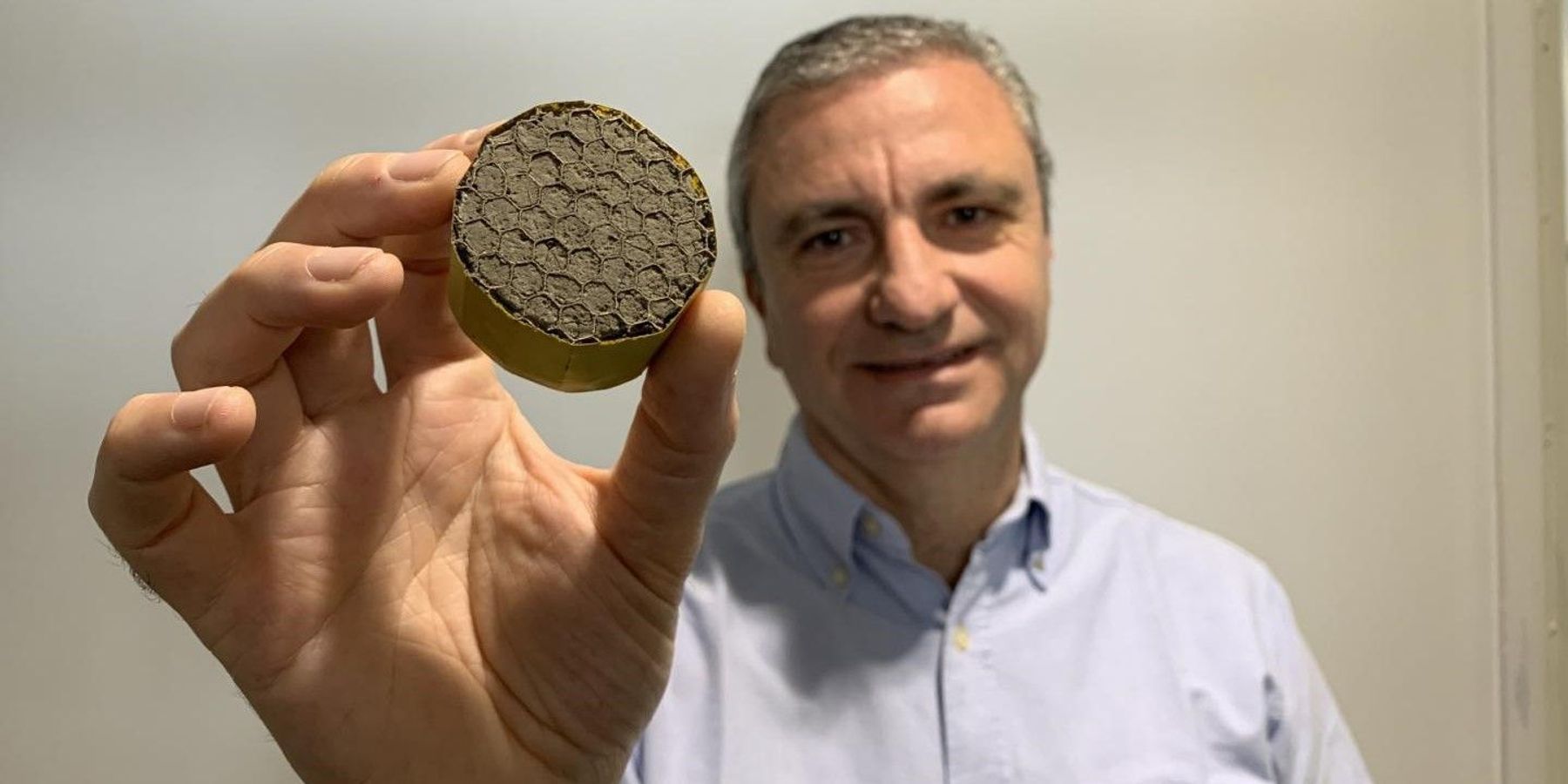 An incredibly light new material that can reduce aircraft engine noise and improve passenger comfort has been developed at the University of Bath.

The graphene oxide-polyvinyl alcohol aerogel weighs just 2.1 kg per cubic meter, making it the lightest sound insulation ever manufactured. It could be used as insulation within aircraft engines to reduce noise by up to 16 decibels—reducing the 105-decibel roar of a jet engine taking off to a sound closer to that of a hair-dryer.

The aerogel's meringue-like structure makes it extremely light, meaning it could act as an insulator within aircraft engine nacelles, with almost no increase in overall weight. The material is currently being further optimized by the research team to offer improved heat dissipation, offering benefits to fuel efficiency and safety.

Researchers from Bath's Materials and Structures Centre (MAST) have published a method for manufacturing the materials in the journal Nature Scientific Reports.

Professor Michele Meo, who led the research, says: "This is clearly a very exciting material that could be applied in a number of ways—initially in aerospace but potentially in many other fields such as automotive and marine transport, as well as in building and construction.

"We managed to produce such an extremely low density by using a liquid combination of graphene oxide and a polymer, which are formed with whipped air bubbles and freeze-casted. On a very basic level, the technique can be compared with whipping egg whites to create meringues—it's solid but contains a lot of air, so there is no weight or efficiency penalty to achieve big improvements in comfort and noise."

Although the team's initial focus is in working with partners in aerospace to test the material as a sound insulator in aeroplane engines, they say it could also be used to create panels in helicopters, or car engines. They estimate that the aerogel could be in use within 18 months.