Dr Christian Schröder, lecturer in environmental science and planetary exploration at the University of Stirling and science team collaborator for the Mars Exploration Rover Opportunity mission, led the research.Photo courtesy of the University of StirlingThe lack of liquid water on the surface of Mars today has been demonstrated by new evidence in the form of meteorites on the Red Planet examined by an international team of planetary scientists.

In a study led by the University of Stirling, an international team of researchers has found the lack of rust on the meteorites indicates that Mars is incredibly dry, and has been that way for millions of years.

The discovery, published in Nature Communications, provides vital insight into the planet’s current environment and shows how difficult it would be for life to exist on Mars today.

Mars is a primary target in the search for life outside Earth, and liquid water is the most important pre-requisite for life. 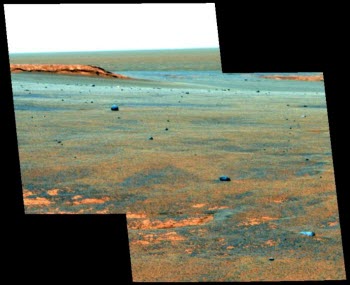 Meteorite accumulation at Victoria Crater.Image courtesy of the University of Stirling“Evidence shows that more than 3 billion years ago Mars was wet and habitable. However, this latest research reaffirms just how dry the environment is today. For life to exist in the areas we investigated, it would need to find pockets far beneath the surface, located away from the dryness and radiation present on the ground.”

A study published last year, which used data from the Curiosity Rover investigating Gale crater on Mars, suggested that very salty liquid water might be able to condense in the top layers of Martian soil overnight.

“But, as our data show, this moisture is much less than the moisture present even in the driest places on Earth,” explains Dr Schröder.

Using data from the Mars Exploration Rover Opportunity, the scientists examined a cluster of meteorites at Meridiani Planum—a plain just south of the planet's equator and at a similar latitude to Gale crater.

Dr Schröder and his team have for the first time calculated a chemical weathering rate for Mars, in this case how long it takes for rust to form from the metallic iron present in meteorites.

This chemical weathering process depends on the presence of water. It takes at least ten and possibly up to 10,000 times longer on Mars to reach the same levels of rust formation than in the driest deserts on Earth and points to the present-day extreme aridity that has persisted on Mars for millions of years. 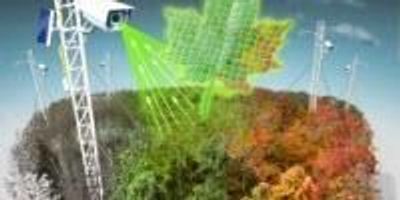