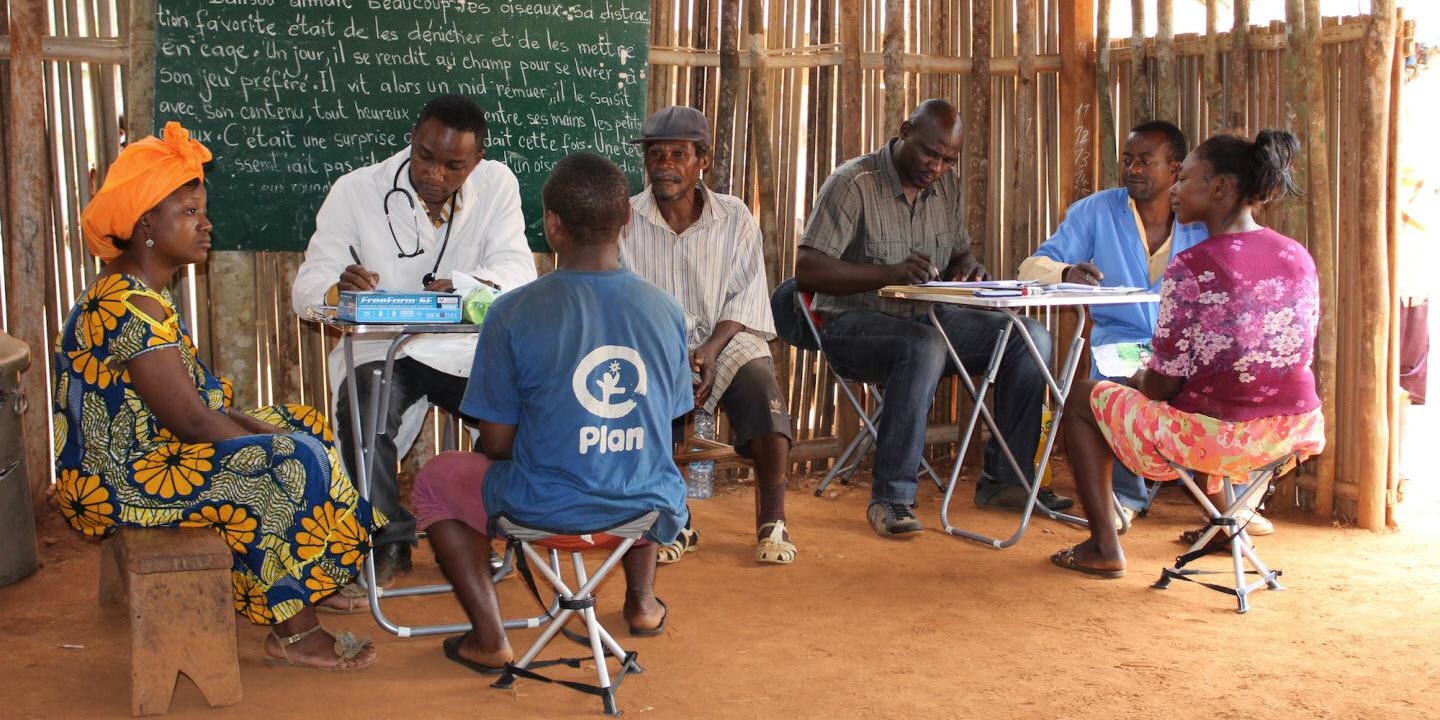 Parasite infections are a constant presence for many people who live in tropical regions, particularly in less industrialized areas. These often chronic conditions are at best unpleasant; more seriously, children with parasite diseases that cause diarrhea can die of malnutrition or dehydration.

In Genome Biology, a study led by University of Pennsylvania scientists investigated the links between parasite infection and the gut microbiome. Using genetic methods to characterize the gastrointestinal microbiome of 575 ethnically diverse Cameroonian people representing populations from nine villages with meaningful differences in lifestyle, the researchers discovered that the presence of parasites was strongly associated with the overall composition of the microbiome.

"We found that we could look at someone's microbiome and use it to predict whether someone had a gastrointestinal parasite infection," says Meagan Rubel, who completed her doctorate degree at Penn and is now a postdoc at the University of California, San Diego. "Whether or not it was parasites changing the microbiome or something in the resident microbiota of a person that made them more susceptible to infection, we can't say, but the association was strong." 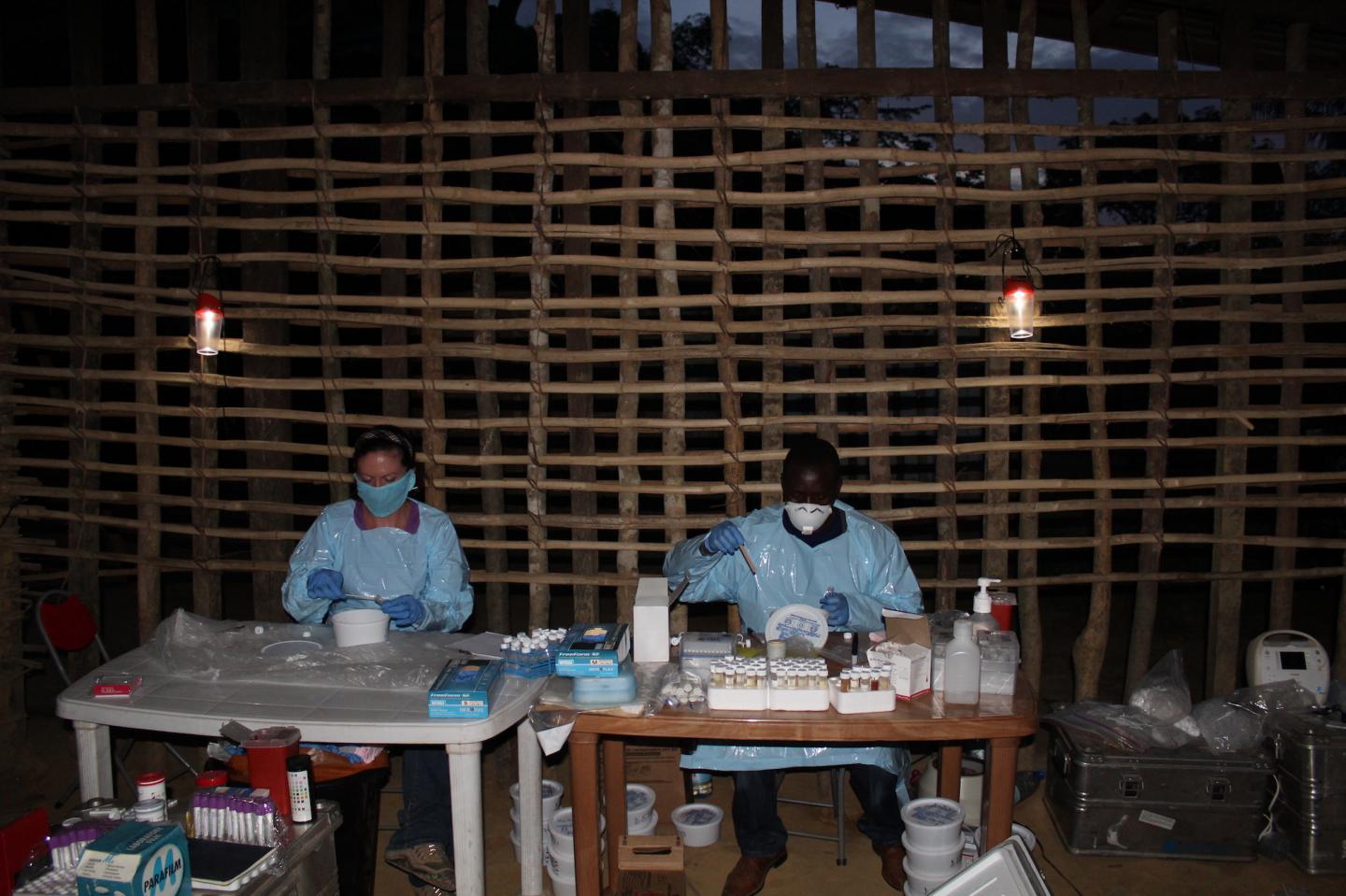 Scientists Meagan Rubel and Eric Mbunwe process fecal samples in a hunter-gatherer village at dusk.
Courtesy of the Tishkoff laboratory

Rubel led the study in collaboration with Penn's Sarah Tishkoff, a Penn Integrates Knowledge Professor in the Perelman School of Medicine and School of Arts and Sciences, and Frederic Bushman, a microbiologist in the medical school. In addition to the microbiome and parasites, the research also examined markers of immune function, dairy digestion, and pathogen infection, a rich dataset.

The investigation entailed six months of field work, collecting fecal and blood samples from Mbororo Fulani pastoralists, cattle herders with a diet high in meat and dairy; Baka and Bagyeli rainforest hunter-gatherers, who practice a limited amount of farming but also forage for meat and plant-based foods; and Bantu-speaking agropastoralists, who both grow crops and raise livestock. As a comparison group, the study included data from two groups of people living in urban areas of the United States, with a diet heavier in animal fats, proteins, and processed foods.

In the field, the researchers tested for malaria and a number of other pathogens that infect both the blood and gastrointestinal system.

Of the 575 people tested in Cameroon, the researchers found nearly 40 percent were infected with more than one parasite before receiving an antiparasitic treatment, with hunter-gatherers, on average, most likely to be co-infected with multiple parasites. In particular, the team found that four soil-transmitted gut parasites tended to co-occur at a rate much higher than chance: Ascaris lumbricoides,Necator americanus, Trichuris trichiura, and Strongyloides stercoralis, or ANTS.

"Gut parasites are a global public health concern," says Rubel. "And you tend to see several of these parasites together in resource-poor settings where people may not have access to clinical care, piped water, and soap, so there's more opportunity for them to be transmitted." 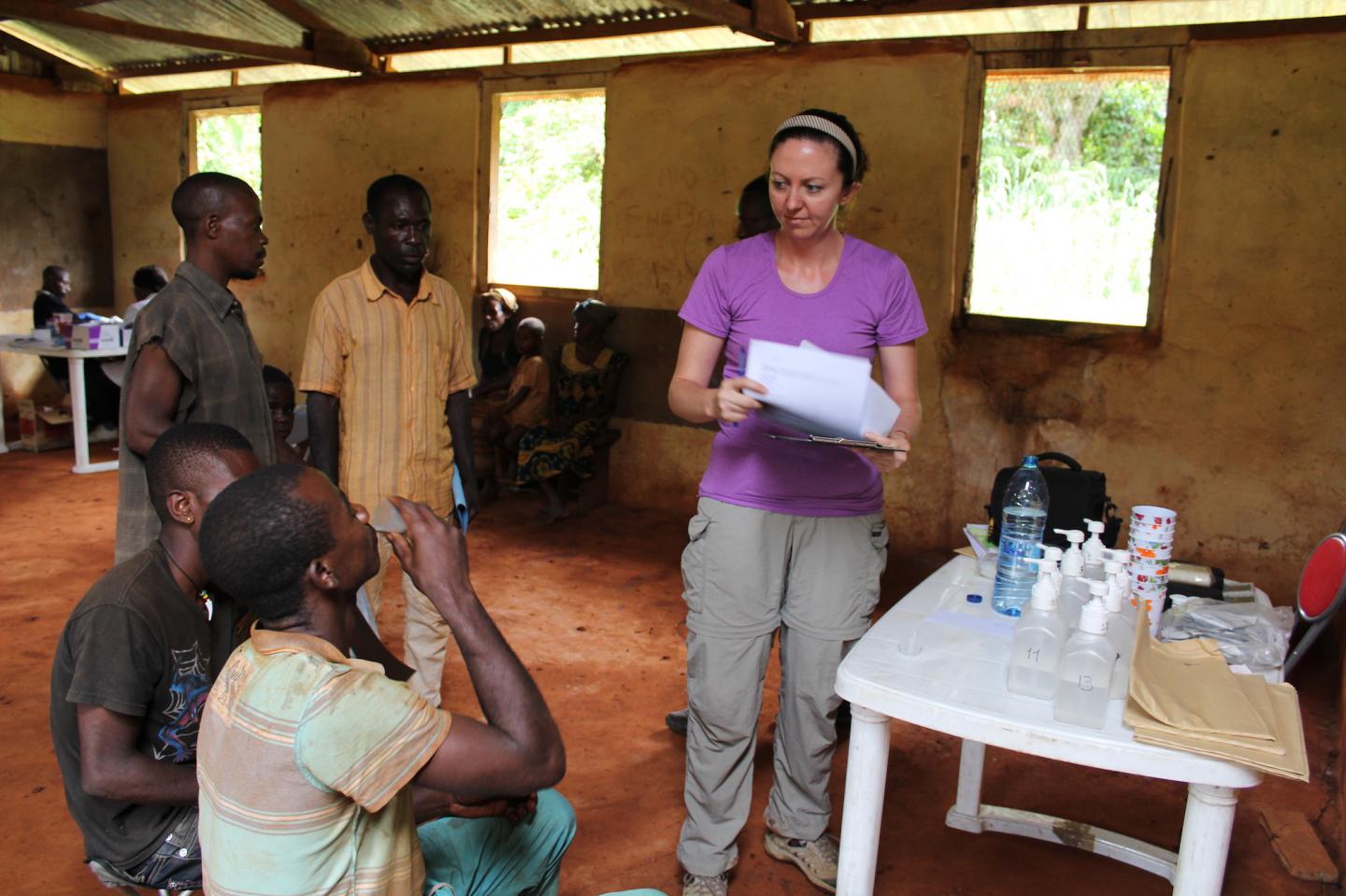 Researcher Meagan Rubel administers a taste perception test to a study participant. Microbiome work was one component of the Tishkoff lab's field collection, which targets many tissue types and data points to develop an integrated understanding of human adaptation and evolution in Africa.
Courtesy of the Tishkoff laboratory

Back in the lab at Penn, the researchers used genomic sequencing tools to take a snapshot of the participants' gut microbiomes. The composition of the microbiome, they found, could accurately predict a person's country (US or Cameroon) and lifestyle (urban, pastoralist, agropastoralist, or hunter-gatherer). But after these two variables, the presence of ANTS parasites could be predicted with greater accuracy by the microbiome structure than any other variable the research team studied. Taken together, the microbiome could predict the presence of these four gut parasites with roughly 80 percent accuracy.

Infection with these parasites also led to upticks in immune system activation, specifically turning on pathways that promote inflammatory responses. Parasite infection was also associated with a greater likelihood of having bacteria from the order Bacteroidales, which are known to play a role in influencing digestion and immune system function.

In a second part of the study, the Penn-led team assessed the relationship between the gut microbiome and milk consumption in the Fulani pastoralist population. Earlier work by Tishkoff and colleagues illuminated how genetic mutations enabling lactose digestion arose in pastoralist communities in Africa, selected through evolution because of the important nutritional benefits of consuming dairy. In looking at the Fulani's microbiomes, they also tended to have an abundance of bacterial genes capable of breaking down galactose, a component of lactose, and fats, compared to other groups. "This enrichment of genes could help you extract more nutrition from the food you eat," Rubel says.

The researchers believe their findings, the largest-ever study on the link between gut microbiome composition and parasite infection from sub-Saharan Africa, can open new possibilities for future work. "The kinds of microbiome markers we found could be useful to predict the type of pathogens you have, or to shed light on the interplay between the microbiome and the immune system," says Rubel.

Eventually, she adds, more research could even illuminate strategies for purposefully modulating the microbiome to reduce the risk of a parasite infection or minimize the harm it causes to the body.

- This press release was originally published on Penn Today