Each year humans produce 360 million tonnes of plastic, and according to one study, around 8 million tonnes (8.8 million US tons) of it enters the ocean. Until recently the fate of microplastics (particles less than 5 mm in size) in the ocean has been unclear, but recent research has found that microscopic particles often settle in marine sediments, following the pattern of other pollutants.

The new review article—written by marine geologist Peter Harris, managing director of GRID-Arendal—includes information from more than 80 research papers that each reported measurements of microplastic found in sediments in one or more marine environments. Combining the results of all 80 papers shows that the overall pattern of microplastic pollution mirrors the pathways of natural sediment accumulation in which most material is deposited close to its input source, at the mouths of rivers and generally close to the coastline. Some environments, like fjords, lagoons, and estuaries, are naturally more efficient at trapping sediment and microplastic particles. Others, including highly energetic beaches and wave- and tide-dominated river deltas and estuaries, show less microplastic accumulation; they leak a significant fraction of especially fine sediments and microplastic particles to deep-water, offshore environments. 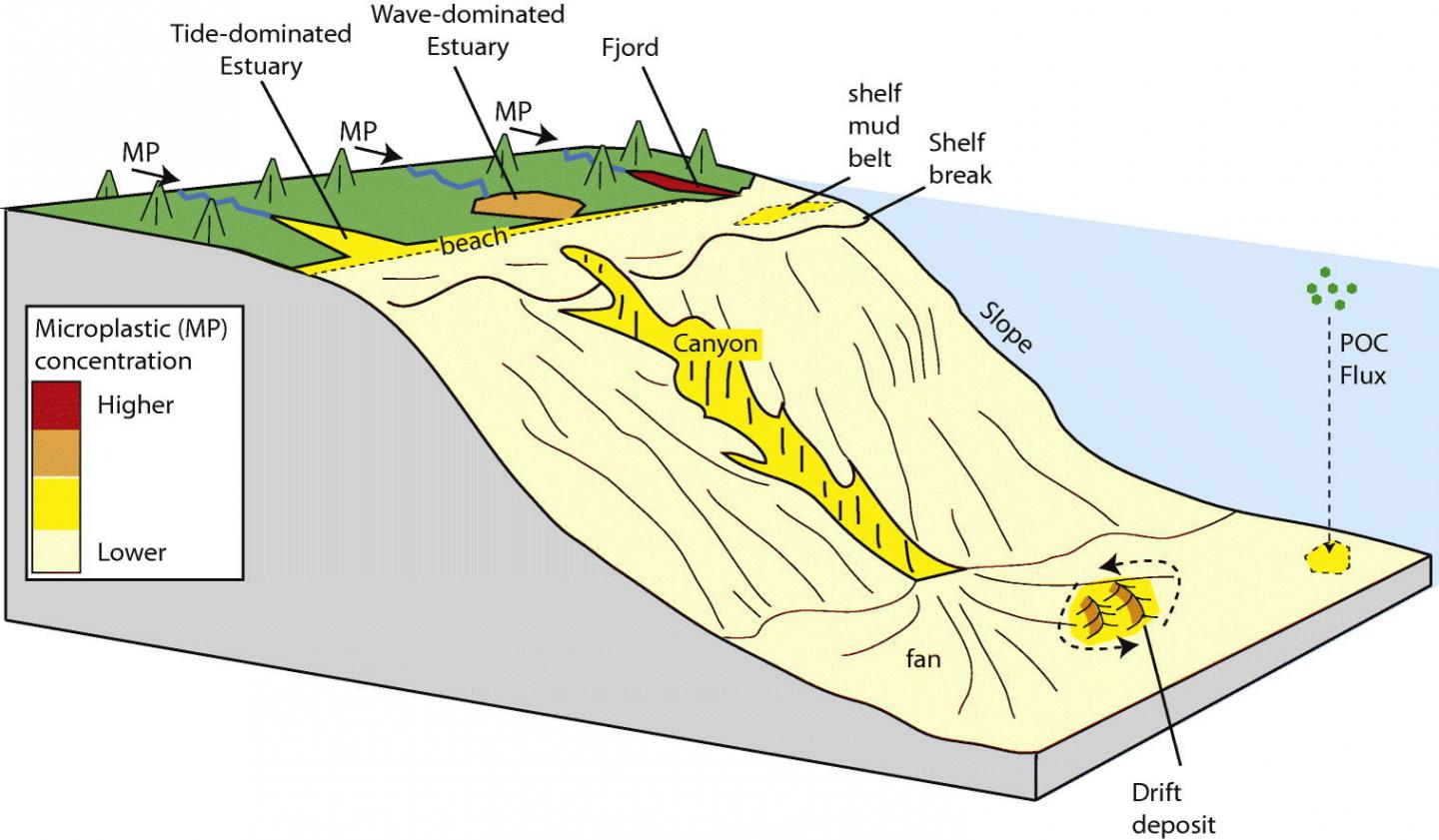 The article identified critical gaps that should be addressed by further research. More measurements of microplastic accumulation rates are needed from different environments in order to model the actual fate of microplastic pollution in the marine environment. Around 80 percent of published studies are from beach environments, as beaches are easily accessible for collecting samples, but more study is needed of other environments such as estuaries, lagoons, and fjords. Also, more measurements of the mass of microplastics (i.e. grams of plastic per kilogram of sediment) are needed. Only three out of the 80 studies surveyed included data on the mass of microplastics, while the vast majority of studies reported on the number of particles per kilogram of sediment. In order to understand how microplastic is dispersed in the ocean, we need quantitative data on the rate of the mass of plastic accumulating (g m-2 yr-1) from many different environments.

The findings of this work will be included in a new marine litter vital graphics publication that is being prepared by GRID-Arendal in collaboration with the UN Environment Programme.

- This press release was originally posted on the GRID-Arendal website