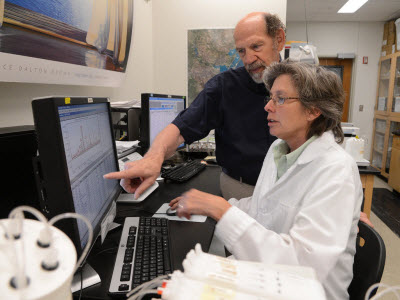 Photo courtesy of Texas A&M University-Corpus ChristiTexas OneGulf, led by the Harte Research Institute (HRI) for Gulf of Mexico Studies at Texas A&M University-Corpus Christi, was one of the first designated RESTORE Centers of Excellence in the nation to receive an award from the U.S. Treasury. The establishment of the centers is part of Texas’ ongoing implementation of the federal RESTORE Act, which requires that the five Gulf states affected by the 2010 Deepwater Horizon oil spill establish centers to conduct research into environmental, health, economic and energy issues in the Gulf of Mexico region.

“The settlement announced today offers an opportunity to help monitor the effects of the Deepwater Horizon oil spill on the Gulf of Mexico and to bring our expertise to restoration efforts,” said Dr. Flavius Killebrew, President and CEO of Texas A&M University-Corpus Christi.  “Our Harte Research Institute for Gulf of Mexico Studies was selected as a Center of Excellence under the RESTORE Act because of our highly qualified scientists and our geographic location. We are ready to contribute to ensuring the long-term health of the Gulf through our research.”

Texas OneGulf, a consortium of nine Texas institutions, and the Subsea Systems Institute at the University of Houston will equally share an initial $4.036 million. In addition, with today’s settlement, the RESTORE Centers of Excellence in each of the five Gulf states, including Texas OneGulf, will receive 2.5 percent of $5.5 billion in Clean Water Act fines to be paid out over 15 years.

“The announced settlement of the BP spill will allow designated Centers of Excellence to move forward and plan how best to use the $5.5 billion settlement of civil penalties under the Clean Water Act,” said Dr. Larry McKinney, HRI Director. “As one of the first RESTORE Centers of Excellence, Texas OneGulf has already designated a series of projects to be implemented with the initial $4.036 million in funding it has been granted, and will use the additional funding to advance research activities related to Gulf issues in Texas.”