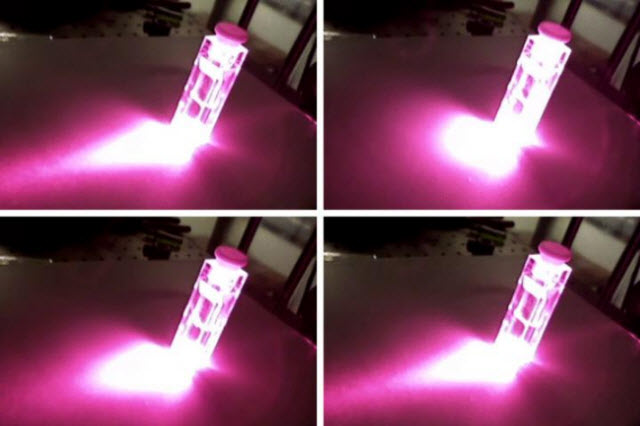 A mild temperature change radically alters the degree to which a solid-fluid mixture bends light.Photo Courtesy of: Massachusetts Institute of Technology

By immersing glass particles in a fluid, researchers at MIT's Media Lab and Harvard University are exploring a new mechanism for modifying an optical device's diffusivity, or the extent to which it scatters light.

In its current form, the new diffuser could be used to calibrate a wide range of imaging systems, but the researchers believe that their mechanism could ultimately lead to holographic video screens or to tunable optical devices with applications in imaging, sensing, and photography.

In experiments, the solid-liquid mixture demonstrated much more dramatic changes in diffusivity than existing theory would have predicted, so the researchers also developed a new computer model to describe it. That model could help them devise more complex applications for the basic technology.

The researchers describe their new work in the latest issue of the American Chemical Society's ACS Photonics journal.

The fluid and the glass in the prototype were chosen because they have very similar refractive indices, meaning light travels through them at similar speeds. When light moves from a material with a high refractive index to one with a lower refractive index, it changes direction; this is the phenomenon behind the familiar illusion of a straw's appearing to bend when it's inserted into a glass of water.

"It's hard to find a solid and liquid that have exactly the same refractive index at room temperature," says Barmak Heshmat, a postdoc in the Media Lab's Camera Culture group and corresponding author on the paper. "But if the speed at which the refractive index changes for solid and liquid is different—which is the case for most solids and liquids—then at a certain temperature they will exactly match, to the last digit. That's why you see this giant jump in transparency."

Heshmat is joined on the paper by Ramesh Raskar, the NEC Career Development Associate Professor of Media Arts and Sciences and head of the Camera Culture group, and Benedikt Groever, a graduate student in engineering and applied science at Harvard.

In their experiments, the researchers found that a temperature change of 10 degrees would increase the diffusivity of their device tenfold, and a change of 42 degrees changed it a thousandfold.

Heshmat believes that a temperature-modulated version of his team's filter could be used to calibrate sensors used in the study of material flows, the study of cells, and medical imaging.

For instance, medical-imaging systems are typically calibrated using devices called "tissue phantoms," which duplicate the optical properties of different types of biological tissues. Tissue phantoms can be expensive, and many of them may be required to calibrate a single imaging device. Heshmat believes that a low-cost version of his team's filter could mimic a wide range of tissues.

But the fundamental principle illustrated by the researchers' prototype could have broader ramifications. The effect of heat on the refractive index of either the solid or the fluid, taken in isolation, is very subtle. But when the two are mixed together, the effect on diffusivity is dramatic.

The same would be true, Heshmat argues, of other types experimental materials whose refractive indices change in response to either light or an electric field. And optical or electrical activation would broaden the range of applications for tunable optical devices.

"If you have photorefractive changes in a solid material in a solid phase, the amount of change you can get between the solid and itself is very small," he explains. "You need a very strong field to see that change in your refractive index. But if you have two types of media, the refractive index of the solid is going to change much faster compared to the liquid. So you get this deep contrast that can help a lot."

In holographic displays, cells filled with a mixture of electrically responsive solid materials and a fluid could change their diffusivity when charged by an electrode, in much the way that cells filled with ionized gas change their color in plasma TVs. Adjacent cells could thus steer light in slightly different directions, mimicking the reflection of light off of a contoured surface and producing the illusion of three-dimensionality.

Liquid-solid mixtures could also be used to produce tunable diffraction gratings, which are used in some sensing applications to filter out light or other electromagnetic radiation of particular frequencies, or in tunable light diffusers of the sort photographers use to make the strongly directional light of a flash feel more like ambient light.

The computer model that the researchers describe in their paper predicts the diffusivity of a liquid-solid mixture on the basis of the physical characteristics of the solid particles—how jagged or spiky they are—and on their concentration in the liquid. That model, Heshmat says, could be used to develop solid particles tailored to specific applications.

ARCHIVE: Imaging with an "optical brush" 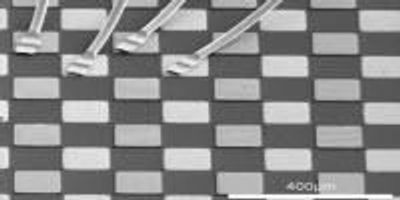 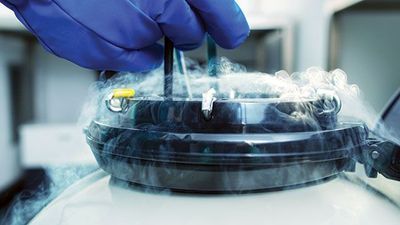 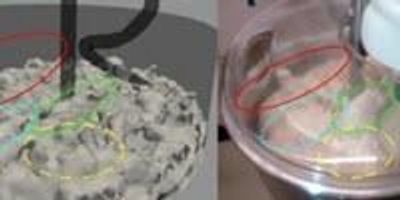 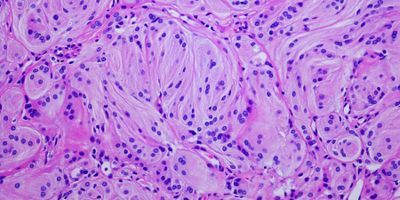 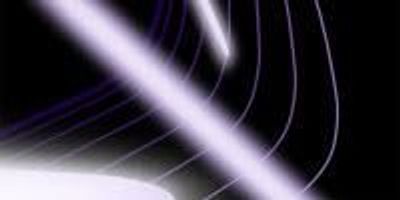 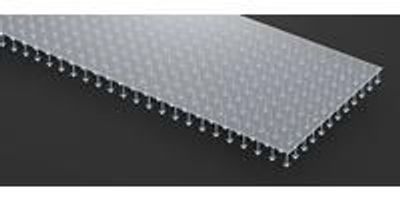