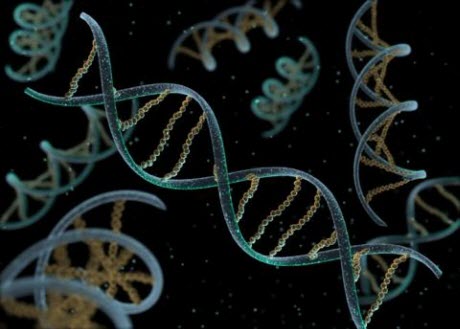 Nineteen new pieces of DNA–left by viruses that first infected our ancestors hundreds of thousands of years ago–have just been found, lurking between our own genes.

And one stretch of newfound DNA, found in about 50 of the 2,500 people studied, contains an intact, full genetic recipe for an entire virus, say the scientists who published their findings Mar. 22 in the Proceedings of the National Academy of Sciences.

Whether or not it can replicate, or reproduce, it isn’t yet known. But other studies of ancient virus DNA have shown it can affect the humans who carry it.

Related Article: New Insights on an Ancient Plague Could Improve Treatments for Infections

In addition to finding these new stretches, the scientists also confirmed 17 other pieces of virus DNA found in human genomes by other scientists in recent years.

The study looked at the entire span of DNA, or genome, from people from around the world, including a large number from Africa–where the ancestors of modern humans originated before migrating around the world. The team used sophisticated techniques to compare key areas of each person’s genome to the “reference” human genome.

Working at Tufts University and the University of Michigan Medical School, the researchers made the findings with funding from the National Institutes of Health.

The findings add to what science already knows about human endogenous retroviruses, or HERVs. That’s the name for the ancient infectious viruses that inserted a DNA-based copy of their own RNA genetic material into our ancestors’ genomes. They’re part of the same type of virus that includes the modern human immunodeficiency virus, which causes AIDS.

Over generations, the virus-generated DNA kept getting copied and handed down when humans reproduced. That’s how it ended up in our DNA today. In fact, about 8 percent of what we think of as our “human” DNA actually came from viruses. In some cases, HERV sequences have been adopted by the human body to serve a useful purpose, such as one that helps pregnant women’s bodies build a cell layer around a developing fetus to protect it from toxins in the mother’s blood.

The new HERVs are part of the family called HERV-K. The intact whole viral genome, or provirus, just found was on the X chromosome; it’s been dubbed Xq21. It’s only the second intact provirus found to be hiding in human DNA.

In the researchers’ own words:

“This one looks like it is capable of making infectious virus, which would be very exciting if true, as it would allow us to study a viral epidemic that took place long ago,” says senior author and virologist John Coffin, PhD of the Tufts University School of Medicine. “This research provides important information necessary for understanding how retroviruses and humans have evolved together in relatively recent times.”

“Many studies have tried to link these endogenous viral elements to cancer and other diseases, but a major difficulty has been that we haven't actually found all of them yet,” says co-first author Zachary H. Williams, a PhD student at the Sackler School of Graduate Biomedical Sciences at Tufts University in Boston. “A lot of the most interesting elements are only found in a small percentage of people, which means you have to screen a large number of people to find them.”

“This is a thrilling discovery,” says co-first author Julia Wildschutte, PhD, who began the work as a PhD student in Coffin’s lab at Tufts. “It will open up many doors to research. What’s more, we have confirmed in this paper that we can use genomic data from multiple individuals compared to the reference human genome to detect new HERVs. But this has also shown us that some people carry insertions that we can’t map back to the reference.” 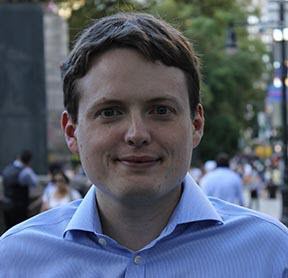 Jeffrey Kidd, PhD.Photo courtesy of the University of MichiganU-M genetics researcher Jeffrey Kidd, PhD, worked with Wildschutte when she was a member of his laboratory team. “These are remnants of ancient events that have not been fixed in the population as a whole, but rather happened in the ancestors of some people alive today,” Kidd says. “There have been a number of examples of other HERVs that insert themselves next to human genes or near them, and have impact on their expression. We’re interested in applying these methods to find other types of viral or mobile element insertions.”

The Michigan team used methods for characterizing repetitive DNA sequences that Kidd and his team had developed, while Coffin and Williams used complementary techniques. Wildschutte is now at Bowling Green State University.

Many of the genomes they examined were from the 1000 Genomes Project, an international collaboration. Another set of genomes came from work Kidd and colleagues at Stanford University had done as part of the Human Genome Diversity Project, with a focus on DNA samples from African volunteers.

These latter samples showed more signs of HERVs, in line with the high level of genetic diversity in African populations. That diversity stems from the longtime stability and intermixing of the continent’s population–as opposed to other populations in Europe, Asia, and the Americas that stem from specific out-migrations in ancient times.

Cataloging all the HERV insertions in humans will require even more scanning of whole human genomes, which are becoming easier to come by as technology improves and becomes less expensive. And although intact proviruses lurking in our DNA may be rare, the impact of other HERV sequences on our health or disease is probably not.